The Rainbow Riches Leprechaun’s Gold video slot from Barcrest brings the lucky leprechaun back and this time he’s dancing across 7 reels and 5 rows. This sequel upholds the Rainbow Riches generous reputation with plenty of rewarding gameplay. The Irish-themed game is packed with features including transforming symbols, morphing wilds, free spins and a big bet mode.

“ Colourful, charming and full of character, this rewarding slot will satisfy any slot enthusiasts. ”

Jump straight into the action and play Rainbow Riches Leprechaun Gold now at the following fully licenced UK slot sites. These slot sites have been thoroughly audited and reviewed by the team here at Slot Gods to ensure they offer an exceptional user experience, are trustworthy, safe, secure, and boast the best selection of online slots in their portfolio including Rainbow Riches Leprechaun Gold...

The Rainbow Riches games are known for their generous and exciting bonus features. Rainbow Riches Leprechaun’s Gold carries on the tradition with plenty of bonus extras to look forward to. Get your lucky charms at the ready because there is plenty to dive into, you can unlock several thrilling bonus games that reward and excite in equal measure. Let’s take a look at some of the features you can find within the reels. 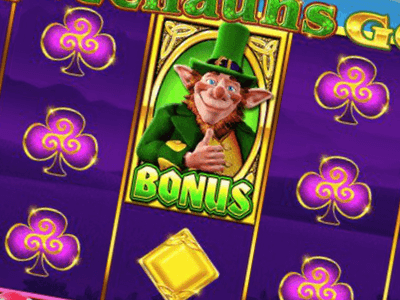 Land 3 or more leprechaun bonus scatters and you will receive a spin on the Bonus Spinner which will award one of the features. 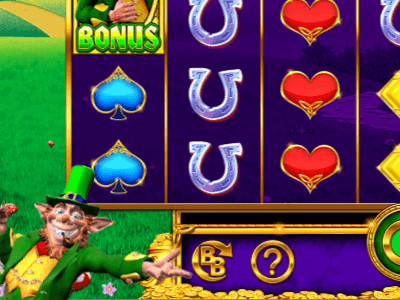 The Big Bet feature is available on larger bet amounts and will add up to three Super Rainbow reels, but you have to wager either £20, £30 or £50 per bet to utilise this feature. 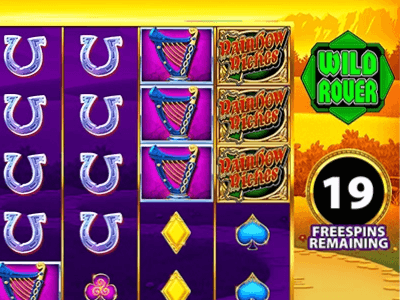 This feature adds extra wilds to the reels which may then spread to adjacent positions. 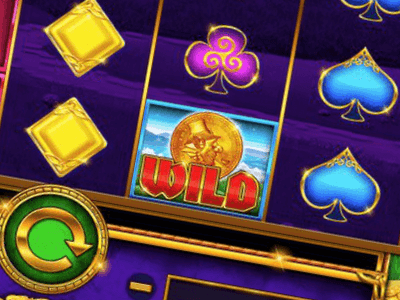 The free spins feature will issue between 8 and 25 free spins depending on the number of scatters landed. After the spins, a Wishing Well appears which can award extra spins or a win multiplier. 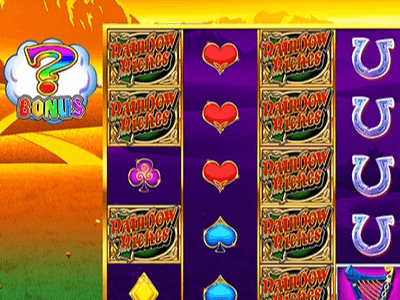 This feature adds symbols to the reels which become matching symbols when the reels stop spinning.

Released in 2019, Rainbow Riches Leprechaun’s Gold is a 7-reel slot that is the ninth instalment in the highly successful Rainbow Riches series. This game takes you back to Emerald Isle for more Irish fun with plenty of in-game extras to play towards. The game has seen some visual updates since the first release in the series, the graphics are sharper and the gameplay is smoother.

Not quite your typical Rainbow Riches slot, this game is played across 7 reels, rather than the standard 5. There are 50 paylines and a top prize amount of £500,000, so you can expect some joyous wins. The game sticks to the Rainbow Riches theme in terms of appearance and features and the slot provides some excellent opportunities to hit some nice payouts.

You can boost your balance through the Rainbow Ring Bonus Spinner feature that will trigger one of the many features, including free spins, walking wilds and more. Barcrest’s Big Bet feature is once more present, providing the option to boost the payout potential.

Barcrest’s Rainbow Riches Leprechaun’s Gold slot has seen some modern updates since the first game, as you would expect with 13 years between the first game and this one. The reels look a lot sharper, cleaner and brighter. The background still has those beautiful green meadows, fresh toadstools, blue skies and majestic mountains, making Emerald Isle look like the beautiful place it is.

The reels have a bright purple background that’s easy on the eye and the symbols burst off the reels with colour. The reels feature the usual Rainbow Riches toadstools, harps, horseshoes, clovers, rainbows and all the other symbols. As you spin the reels you can enjoy an immersive Irish jingle that adds a little more excitement to the action.

And when the high paying symbols are hit, or a bonus feature is triggered you will see some lovely animation and even your lucky leprechaun friend will jump out and do a little jig to celebrate.

Although the game plays on 7 reels, the slot doesn’t feel congested or in your face, everything is well spaced out on the screen, making for a pleasant and immersive experience across mobile and desktop.

The 7-reel slot is very much like the first Rainbow Riches game, except there are two extra reels to spin. The reels are well-sized and don’t overcrowd the screen. The spin controls have the same familiar look as many of the slots in the series. The spin control is located beneath the reels, the spin button is bright green like an emerald and next to that you have the bet amount which can be set from £0.10 to £500, so it covers a massive pay range that will please the everyday slot player to the big bankroll casino enthusiast.

On the left of the spin button, you can set up to 100 automatic spins and you also have the information button that breaks down the value of each slot symbol. The Big Bet button, balance and win amount are also clearly visible.

As we have come to expect from Rainbow Riches slot titles, there is some brilliant win potential within the game. The slot has an RTP of around 95.17% which makes it a medium variance slot but this percentage increases to over 97% when the Big Bet feature is in play.

You can land wins that reach up to 1,085x your stake during the free games round. There is a massive top prize to hit of £500,000, making it one of the best-paying slots in the series.

The Rainbow Riches Leprechaun’s Gold slot from Barcrest sticks to what it knows using its successful slot set up and staying true to the original game. The game has been spruced up with some attention-grabbing visuals and captivating gameplay. Although the game has 7 reels, it’s an uncomplicated slot and the extra reels only ramp up the fun. The slot is full of charm and colour, not to mention the magnificent pay potential. Just make sure you take your lucky charms to Emerald Isle with you!