Rainbow Riches has been at the forefront of the casino industry since 2006 and the Rainbow Riches Reels of Gold slot brings another welcomed addition to the series. The lucky leprechaun returns and this time he’s bringing 7 bonus features with him. You can enjoy awesome payouts thanks to the variety of wilds, multipliers and bonus extras, all available within this fun-filled slot.

“ Full of features and endless fun – this one is for the slot supremos! ”

Barcrest likes to ramp up the slot action through innovative and creative features and Rainbow Riches slots do that best. Rainbow Riches Reels of Gold isn’t messing about when it comes to in-game bonus action, this slot is jammed with a massive 8 bonus extras. These rewarding features cover various wild symbols, multipliers, free spins and more. Let’s take a look at bonus goodness you will find in the Reels of Gold game. 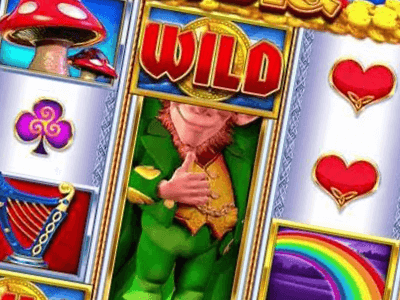 1 or more reels will fill with stacked Rainbow Riches symbols and transfer them to the colossal reel which will transform the symbols fully wild. 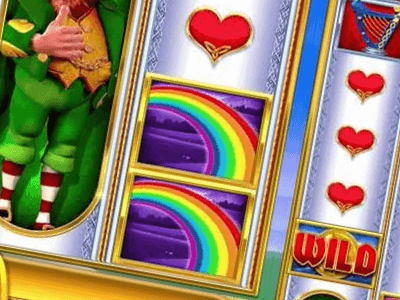 The Fairy will turn a losing spin into a winning spin. 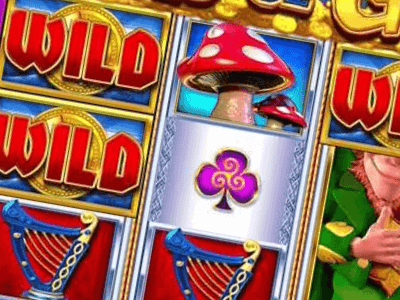 When butterfly symbols land on the reel set, any position with a butterfly will turn wild. 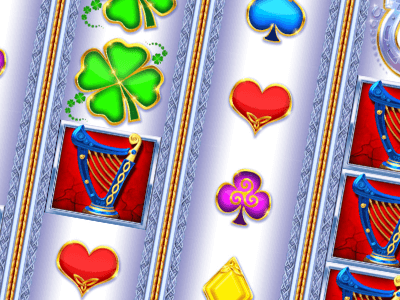 All low-value symbols will turn into wishing wells and transform into high paying symbols. 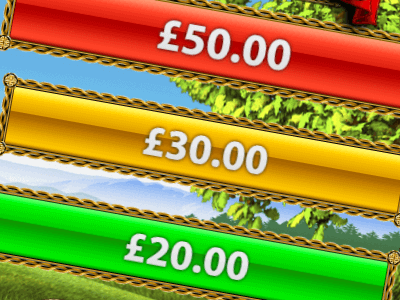 The Big Bet feature is available on larger bet amounts and will put more wilds and bonus symbols onto the reels, but you have to wager either £10, £15, £20 or £25 per bet to utilise this feature. 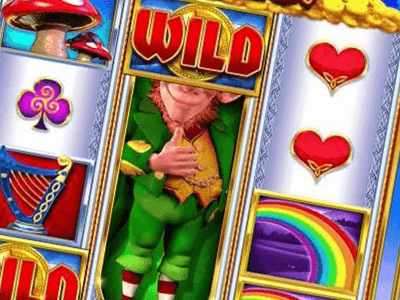 Bulks of magic wilds will appear across all reels before turning fully wild for increased payouts. 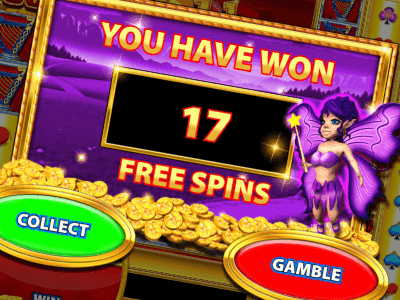 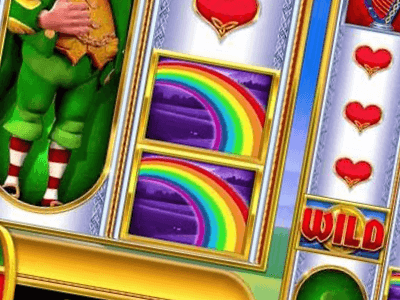 Spin against those famous blue skies and beautiful Irish hills in the Rainbow Riches Reels of Gold slot from industry leaders Barcrest. The lucky leprechaun will join you on the reels and he’s worked his magic and placed plenty of exciting features within the game. Reels of Gold has an impressive 8 bonus rounds to trigger, all boosting the game’s payout potential.

This sequel packs in colossal reels, transferring wilds and Barcrest’s big bet feature, making it one epic slot game for any casino enthusiast. This game is all about the wilds and multipliers - the slot is rife with these high paying symbols.

Rainbow Riches Reels of Gold is played across 10 reels and a choice between 20 and 100 pay lines, making it a little different to your standard slot set up. There is an enticing £250,000 top prize for the taking and payout boosting features such as the Big Bet button.

This exciting slot game has ramped up the extras and puts some serious slot action in front of you. Rainbow Riches Reels of Gold may scare off the slot novice with all that’s going on, but if you’re a slot supremo, you will be in for a serious treat!

The design of Rainbow Riches Reels of Gold is very much staying within the Rainbow Riches realm with bright colours bursting off the reels. At first sight, the game has a lot to take in with dual reels and assortment of symbols. There’s so much there that you can hardly see the beautiful blue sky and green fields.

The game is flooded with gold coins, harps, toadstools and all the other familiar Rainbow Riches symbols we love to see. When you trigger a win or land the Fairy symbol you can expect a lot of fun animation to boost the excitement.

The game uses an expandable sidebar for your game control, this is so the second set of reels can be fully displayed on the screen. The game also has a nice little Irish jingle to keep you bobbing along to the slot fun.

Although the game plays differently, it still maintains the Rainbow Riches look and feels which all fans of the game will appreciate. The slot oozes charm and character despite being a little overloaded on the visual front.

There are two slot reels within this game, both 5 reels each. You have the standard 5 reels on the left and colossal reels (of gold) on the right. These reels create up to 100 pay lines for improved win potential.

The game controls are on a sidebar to the right of the screen, these can be hidden out of sight to display the additional reels. Here you have the spin button, Big Bet button, information icon and auto spins setting. In the right-hand corner, you have the stake amount that can be set anywhere from £0.20 up to £500, satisfying low and high budget players alike.

The Rainbow Riches leprechaun has become famous amongst slot players for his generous payouts and he’s generosity knows no bounds in the Reels of Gold game. This game has a top prize amount of £250,000 that could change anyone’s life for the better.

The slot has a fair 94% RTP but this can be boosted to over 97% through the Big Bet feature and other rewarding bonus rounds.

The medium variance slot has no shortage of scatters with 8 bonus features to trigger. Each of the bonus rounds has brilliant win potential so you can expect plenty of frequent payouts.

Rainbow Riches Reels of Gold is certainly one of the more complicated slots from the series but with bonus features in abundance, there’s a lot of excitement for the taking. The game’s interesting set up adds another dimension of action to the occasion, something any slot pro will love. Although there is a lot going on, you cannot argue with the number of features or the payout potential.