Rainbow Riches Megaways from Barcrest has combined with Big Time Gaming’s popular Megaways game mechanic to bring more thrills to the reels. This Rainbow Riches title has 6 reels, up to 117,649 ways to win and a heap of bonus features where you can rocket your real money balance.

The game is very similar to the original but with the added Megaways engine. This Irish slot also features an enhanced win potential with a higher RTP and a maximum win of up to 12,500x the stake.

“ An action-packed slot with an enthralling Megaways engine. ”

Jump straight into the action and play Rainbow Riches Megaways now at the following fully licenced UK slot sites. These slot sites have been thoroughly audited and reviewed by the team here at Slot Gods to ensure they offer an exceptional user experience, are trustworthy, safe, secure, and boast the best selection of online slots in their portfolio including Rainbow Riches Megaways...

If you’re a fan of the original Rainbow Riches slot, you’re sure to enjoy this sequel. The game is very much the same when it comes to the appearance and gameplay, but it is the Megaways engine that sets it apart, providing an impressive 117,649 ways to win.

There is no shortage of bonus features that are ready to pop out of the reels. Let’s dive into what bonus games you can find within the reels of this entertaining slot. 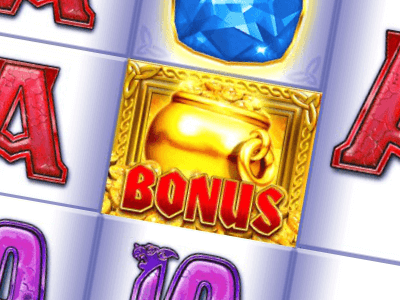 Hit 4 or more golden pot scatters and awards 12 free spins. You get five extra spins for every additional Bonus symbol in view. You can also re-trigger the feature when the bonus symbols show on the top reel during the round. 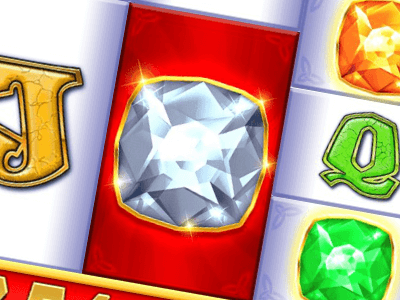 Hit a super gem bonus symbol on any vertical reel and it will trigger the feature. All the gem symbols turn into a random gem symbol to give you winning combos. 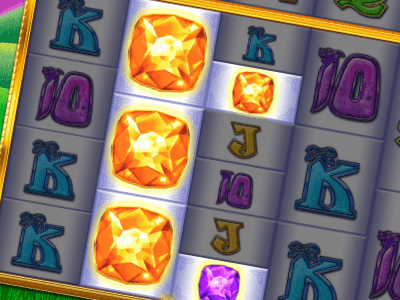 Hit any winning combination and the symbols will be removed and replaced, increasing the potential to hit another win. This process will repeat itself until no winning combo is hit. 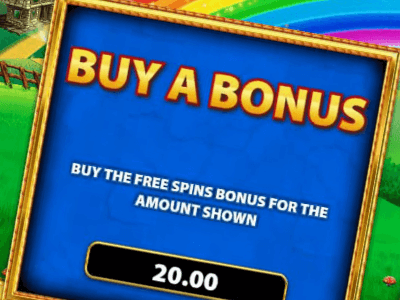 You can pay 100x your total stake for instantly triggering the free spins feature. However, it is worth noting that this feature is currently not available in the UK.

Barcrest’s Rainbow Riches Megaways slot is just like the original with the Megaways twist. The Megaways engine amps up the ways to win and provides more win potential to players.

The slot has the same look and feel as the first one, and many of the same features. Rainbow Riches Megaways is still played on 6 reels with 7 lines, so the setup is a little different than the original.

But the additional reel brings more fun to the occasion. The game is all about the bonus features which can offer some splendid payouts. The Rainbow Riches free spins feature is famously rewarding and with the added high paying symbols, you can really reap the rewards.

The game has an average of 95.90% RTP and an eye-popping maximum prize of up to 12,500x the stake. This Irish slot is packed out with rewarding payments with cascading wins, wilds, super gem bonus, buy feature, bonus bank feature and an unlimited multiplier feature.

Barcrest has very much stuck to what they know, keeping all the basics of the Rainbow Riches slot in place, but have boosted the payout potential and added a dash more of excitement with the Megaways structure.

If you’re a fan of the first game, you will be pleased to see a very familiar design. This video slot is strikingly similar to the original with a sweeping green meadow, blue skies and a rainbow pleasantly dominating the sky. Of course, there is a pot of gold at the end of the rainbow too. The 6-reels are pleasantly presented on the screen and do not take up the entire screen. It allows plenty of space around, so it doesn’t feel too ‘in your face’.

The reels are surrounded by a gold border and the symbols on the reels really pop with colour. The bright and colourful slot has an assortment of gems and numbers as the symbols. When the wins come in, so do the jingle-jangle animations and the lucky leprechaun may even bust out a cheeky dance for you. There are plenty of pleasing visuals and a catchy background soundtrack to keep the excitement levels up.

Rainbow Riches Megaways has an intuitive set-up that makes it a breeze to play and control. The 6 reels are well-sized and very clear, beneath the reels is the Megaways number. On the right of the reels is the spin control and beneath that, you have the auto-spins control where you can set up to 100 auto spins. You will also find the information button here that provides a breakdown of the symbols and features.

The left of the reels includes the bet amount control where you can set your bet from £0.20 up to £20, making it a suitable choice for low budget casino players. Beneath the reels is a footer that displays the real money balance, win amount and bet amount. Overall, the gameplay is very familiar and the performance is incredibly smooth with no lag.

Rainbow Riches Megaways is a medium to high variance slot with a 95.90% RTP, which is very much the industry average. However, the max payout amount of 12,500x the stake sets this slot apart from most other video slots. The Megaways engines mean the game has cascading reels so any win can potentially turn into another without using another spin.

Although the game is packed with high paying symbols, such as the horseshoe wild, it’s the bonus features that really ramp up the payouts and there is no shortage of bonus features!

Rainbow Riches Megaways plays like the much-loved original that gained so many fans, but this time it's been built with a Megaways engine. This revamped version adds what the original was missing - a decent free spins feature and cascading wins.

The slot is very inviting with plenty of charm and colour, not to mention the huge number of bonus extras. This popular video slot has everything you could want in a casino game, big wins, lots of bonuses and entertainment in abundance.

Play Rainbow Riches Megaways now at the following verified UK slots sites. These slot sites are fully licenced and have been thoroughly vetted and reviewed by us to ensure they offer a great user experience, are trustworthy, secure, and have a wide variety of the best online slots in their lobbies including Rainbow Riches Megaways:-