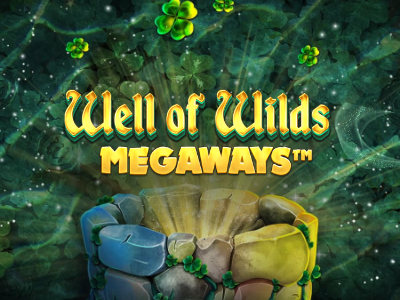 Are you feeling lucky? Well, you might have your wishes granted in Red Tiger Gaming's Well of Wilds Megaways. This Irish slot uses the Megaways mechanics with even more ways to win.

Aside from Lucky Spins, Lucky Wishes and Well of Wilds, there is the chance to win on Red Tiger's Daily Jackpot for three different jackpots!

“ A refreshingly toned down Irish slot with Megaways and Jackpots ”

Jump straight into the action and play Well of Wilds Megaways now at the following fully licenced UK slot sites. These slot sites have been thoroughly audited and reviewed by the team here at Slot Gods to ensure they offer an exceptional user experience, are trustworthy, safe, secure, and boast the best selection of online slots in their portfolio including Well of Wilds Megaways...

During any moment in the slot, the Well of Wilds symbol will appear on one of the middle 4 reels and turn up to 2 symbols on the reels into wilds. Ultimately, these remain wilds for the following respins.

If you manage to land 3 Lucky Spin scatters on the reels, then you'll trigger the Lucky Spins round. Landing 3 scatters awards 9 free spins with each additional scatter awarding 3 extra spins for a maximum amount of 18 free spins. These increase a global win multiplier of up to x30!

As previously mentioned, during Lucky Spins all the Lucky Coins will be collected. If you collect 5 of these, then you'll trigger Lucky Wishes which awards the players between 3 and 6 additional spins, double the multiplier or activating the Well of Wilds. The Lucky Wishes can award one or any of these features.

Perhaps, the biggest addition to this slot has to be the Red Tiger Daily Jackpots that activates once three or more jackpot symbols appear on the reels. Ultimately, this leads to a wheel to determine if you win on one of the jackpots. These jackpots include Daily, Hourly and the Daily Booster Jackpot (also known as the Super drop). 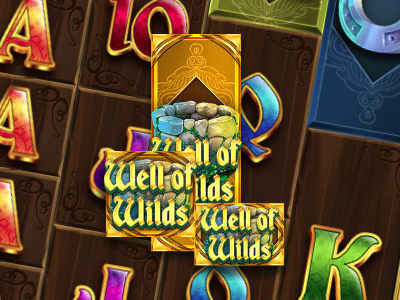 At any moment throughout spins, the Well of Wilds symbol can appear to turn up to 2 symbols on the reels into wilds. These will remain wilds for the duration of the spin. 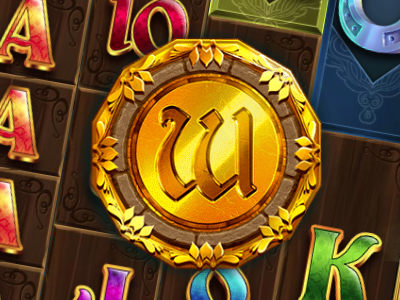 Collecting 5 Lucky Coins will trigger the Lucky Wishes which will awards players different prizes. These include up to 6 additional spins, doubling a multiplier or activating the Well of Wilds. 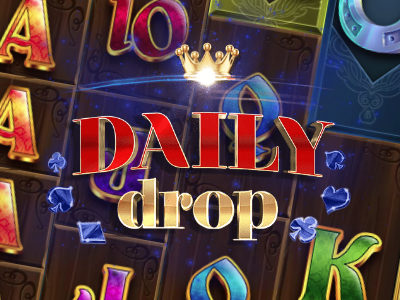 Depending on your chosen casino, this slot should have Red Tiger Gaming's Daily Jackpots which include 3 different jackpots determined by a wheel.

There's no denying that Irish slots have been oversaturated with bland mechanics and dull visuals. That's why Red Tiger Gaming decided to change up this opinion by utilising the Big Time Gaming Megaways mechanic to enhance one of their most beloved titles to give it the upgrade it deserves.

The original Well of Wishes was released in 2019 to a decent amount of success, Red Tiger Gaming decided that this wasn't enough. Now, the slot plays on 6-reels with 117,649 ways to win instead of the original 10 paylines.

Well of Wilds Megaways has a huge amount of features, but more importantly contains the infamous Red Tiger Daily Jackpot. Will this actually be more than your typical Irish slot, or will it fall into a mediocre category?

As you open up the slot, you'll notice that the reels are centred in a beautiful looking well. Naturally, there are various coins thrown in there mixed with different four-leaf clovers. As you spin the spins, there is a slight ripple throughout along with various sparkles which just adds an extra level of detail to the slot which is heavily appreciated.

Of course, the reels feature various Irish symbols such as a four-leaf clover, horseshoes and rabbit's feet to try to give players as much luck as possible. Each of the symbols has an intricate design in the corner of them which makes them all feel a bit more consistent.

As this is an Irish slot, you'd probably expect overly cheesy and obnoxious Irish jig music. However, it's more of a muted and calming Irish track that still features the quintessential tunes but they are instead more manageable to listen to.

Well of Wilds Megaways is a huge improvement to the original as the Megaways mechanic just opens up the slot even more! There are even more ways to win and more ways to trigger the bonuses. Despite having a vast amount of features, the gameplay is straightforward and easy for people to follow.

To the bottom right of the reels, you'll notice the spin button which is hard to miss. The autospin and bet level can be found to the left of this with further menus being found at the bottom of the screen.

Throughout the base game, you can expect to win up to 10,000x your stake through the multipliers and Well of Wilds. However, the biggest wins come from the Red Tiger Daily Jackpot. Ultimately, there are three progressive jackpots that can be won and these include the Daily, Hourly and Daily Booster.

There is no denying that Well of Wilds Megaways is a huge improvement from the original title and that the addition of Megaways is perfect. Not only is Megaways added but also a progressive jackpot that ultimately means that there are bigger prizes to be won.

In terms of the design and gameplay, Well of Wilds Megaways looks and play beautifully with it highlighting exactly what an online slot should look and play like. This could be one of the best Irish slots that we've seen in a long time and we wouldn't be surprised to see it become a fan favourite - so definitely make sure that you give it a spin.

Play Well of Wilds Megaways now at the following verified UK slots sites. These slot sites are fully licenced and have been thoroughly vetted and reviewed by us to ensure they offer a great user experience, are trustworthy, secure, and have a wide variety of the best online slots in their lobbies including Well of Wilds Megaways:-