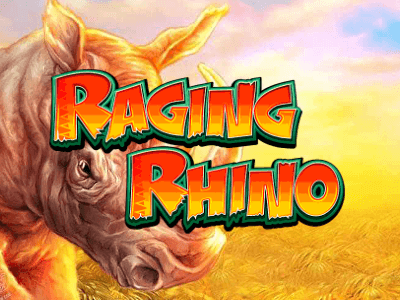 Join Raging Rhino and his friends

In 2015, developer WMS decided it was time for the world to meet Raging Rhino and his friends on a safari adventure. There are so many different animal slots, but none as Raging as this Rhino!

The first slot, Raging Rhino, released in 2015 and introduced players to the incredible world of Raging Rhino. Join Raging Rhino, Gorilla, Leopard, Crocodile and Eagle for a safari filled adventure all in the hopes of finding hidden diamonds and treasures.

After a Megaways version, what more could Raging Rhino need? Of course, the series had yet to create a jackpot slot with the Raging Rhino series. That was until 2020 when WMS decided to upgrade the original slot with the Mega Drop Jackpot that could drop on any spin.

Raging Rhino Ultra features everything you'd want from the original and adds in a fantastic multi-level jackpot system. It’s clear that Raging Rhino is a series that has stormed into players’ hearts and is just getting bigger each year.

Each of the Raging Rhino slots has brilliant RTP levels starting at 95.91% with the original slot and growing to 96.18% with the others. Not only that but with the progressive jackpots in Raging Rhino Ultra and up to 10,000x your stake in Raging Rhino Megaways gives fans a solid return potential.

Thankfully, all of the slots within the Raging Rhino series has a brilliant free spins feature that can award players up to 50 free spins. If that wasn’t enough, wilds included in the winning combination can multiply the payout by at least 2x. Raging Rhino Megaways can even add multipliers of up to 5x!

There’s no denying that there are loads of animal slots out there, but Raging Rhino stands out for the best reasons. Familiar characters return throughout the series and there is a slot for every type of player. 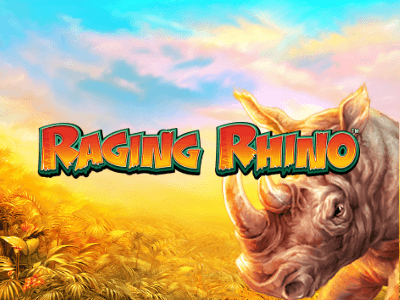 Set in the rainforest and the home of the Raging Rhino, players step into his mighty shoes to try and win big. Playing on 6-reels with 4,096 ways to win, you have an even better chance to win.

This combined with the free spins feature that can award up to 50 free spins, makes it a slot worth your time.

Raging Rhino Ultra is a 6-reel, 4,096 ways to win slot developed by WMS. This safari themed slot can see players win up to 50 free spins with a bet multiplier on top of that! What's more, this sensational slot is also part of the Mega Drop networked progressive jackpot, meaning that players can win one of three jackpots on any spin of the reels! 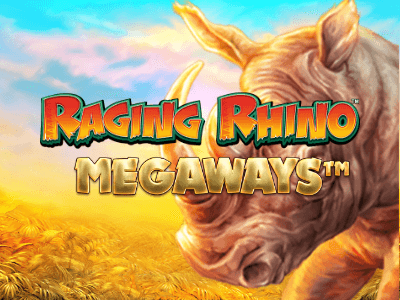 Raging Rhino is back and is all charged up for some big wins! WMS's series is back with even more ways to win with the Megaways mechanic.

Get ready to rage with 117,649 ways to win, unlimited multipliers and up to 5x wild multipliers. Lucky players could even win up to 10,000x stake.