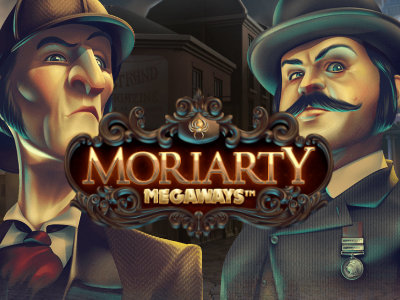 The iconic Sherlock Holmes created by Arthur Conan Doyle is a detective with one main nemesis that keeps cropping up in all of his cases. That man is Moriarty and is a notorious criminal masterpiece in literature.

Naturally, iSoftBet decided to make a slot based on their crazy dynamic with Moriarty Megaways. Playing on 6-reels with the potential to increase the paylines to a whopping 352,947 during the free spins, this slot can amazingly deliver wins of up to 37,500x your stake! It's elementary, that you should try out this slot.

“ Everything you'd want in a Sherlock Holmes slot and more! ”

Jump straight into the action and play Moriarty Megaways now at the following fully licenced UK slot sites. These slot sites have been thoroughly audited and reviewed by the team here at Slot Gods to ensure they offer an exceptional user experience, are trustworthy, safe, secure, and boast the best selection of online slots in their portfolio including Moriarty Megaways...

There are a variety of features in Moriarty Megaways, but it all begins with the cascading win feature. Ultimately, this means that after you create a winning combination, the winning symbols are removed from the reels and new symbols drop down to replace them.

As the name suggests, this slot comes with the Megaways mechanic which expands the reels to up to 117,649 ways to win during the base game. Each winning cascade actually has an increasing multiplier that grows with each win and resets to x1 after there are no more wins (this is known as Sherlock's Max Megaways).

Watson has mystery symbols that can be randomly triggered on any spin which basically transforms into the same paying symbol it lands next to. There is even a multiplier that starts at x1 and increases with every cascade.

Like most online slots, you can trigger the free spins round of this slot by landing 3 or more scatter symbols on the reels. Naturally, the more scatters you land, then the more free spins you are actually given. Landing 3, 4, 5 or 6 scatters will award 15, 20, 25 or 30 free spins respectively.

Amazingly, the free spins round actually comes with 3 different sets of reels. The main reel is active throughout, but you need to collect 3 Holmes or Watson symbols to open up the Holes and Watson reels. On the Watson reels, you can land newspaper symbols that transform into any symbol except wilds, scatters, Sherlock and Watson.

After unlocking these reels, you get 1 free spin on these reels with the potential to land cascades - but the reels lock after there are no more wins. There is an increasing multiplier that grows with each win (and this includes all 3 of the reels). With all 3 reels active, you can go up to 352,947 ways to win with the 3 different Megaways.

There is an option to buy free spins by paying 150x your stake which increases the RTP, but this isn't available in the UK. 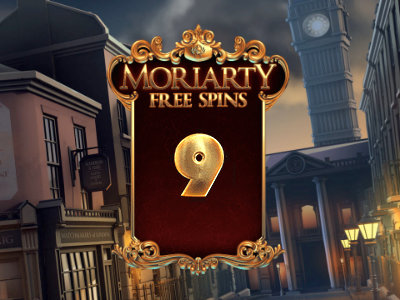 The scatter is the key to triggering free spins, and you need to land at least 3 to trigger this feature. There are 3 possible reels to play during free spins with multipliers and bonuses attached. 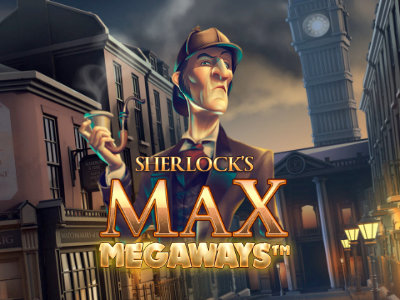 On any spin, you can trigger this feature which forces the reels into 117,649 ways to win. There's even a multiplier that starts at x1 and increases with every cascade. 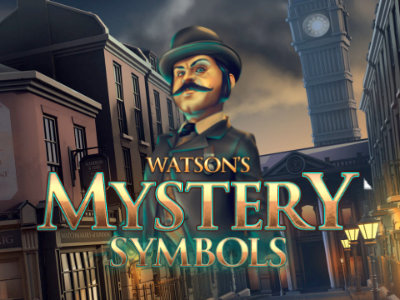 Similar to Sherlock, Watson has his own modifier that can be trigger on any spin. This will land mystery symbols that transform into wins with an increasing multiplier.

Everyone across the world knows that Moriarty is famously Sherlock Holmes' archenemy and main rival throughout the Arthur Conan Doyle book series. They are two sides of the same coin but remain at odds with each other - which is what makes them so engaging as characters. iSoftBet decided to developer a slot based all around these characters to add to their Twisted Tales series.

Moriarty Megaways plays on 6-reels with 117,649 ways to win with the Megaways mechanic that can actually increase to 352,947 ways to win during the free spins round. There is a mixture of modifiers with features to help you gain wins reaching up to 37,500x your stake.

Set amongst the Victorian streets of London (presumably Baker Street), Moriarty Megaways definitely encompasses a steampunk feeling with cobblestones and Victorian architecture. The sky is dark with particles of dust flying around the screen to really show the grittiness of Victorian England.

As for the symbols on the reels, they are various items relating to the characters such as chess pieces and pocket watches. There's even incredible attention to detail with certain Moriarty wins by dissolved by spiderwebs as Sherlock famously called Moriarty a spider in nature. All of the symbols are beautifully designed and look of a higher quality with so much detailing that you can't help but marvel at them during spins.

The music features cellos, violins and pianos to create a dramatic score that you'd expect to hear in a slot like this. Thankfully, it's not too overwhelming and fits in perfectly - so you can enjoy it without having to worry about where the sound button is. As you spin, you'll hear comments from Sherlock and Moriarty with remarks which add an extra level to this slot.

Despite having the Megaways mechanic, the gameplay still remains quite easy to understand. There are only 6-reels with an extra row above reels 2 to 4 as well as two different sets of reels during free spins which improve the ways to win to 352,947.

Like most iSoftBet slots, you can expect to find the spin button, autospin and bet level just to the right of the reels with additional settings to the left of the screen.

Moriarty Megaways has a good RTP of 96% and a high volatility level. As for the maximum payout, you can expect to see wins reaching up to 37,500x your stake through the free spins round with the ways to win increased to 352,947.

Not only does this slot look phenomenal, but the gameplay is just as impressive with the Megaways and free spins mechanic. All of the tiny details in the design and audio just make Moriarty Megaways a slot that you can't help but love.

In terms of win potential, you can expect wins of up to 37,500x your stake but be aware of the high volatility. It's simply elementary, that you try out this slot and see if you enjoyed it as much as we did.

Play Moriarty Megaways now at the following verified UK slots sites. These slot sites are fully licenced and have been thoroughly vetted and reviewed by us to ensure they offer a great user experience, are trustworthy, secure, and have a wide variety of the best online slots in their lobbies including Moriarty Megaways:-

Enjoyed Moriarty Megaways? Here's a handful of similar slots we think you'll like too. These online slots have been chosen based on features and themes similar to Moriarty Megaways. You might also want to check out other iSoftBet slots.