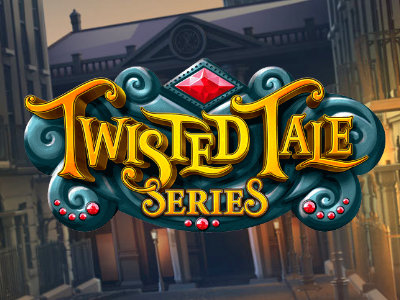 There's no denying that everyone roots for the heroes, but that gets a little boring after a while. That is exactly why iSoftBet created their Twisted Tales series to focus on the villains of famous stories and tales instead of the bland heroes.

All of these slots contain engaging mechanics such as Megaways and free spins along with high volatility gameplay mixed with big wins! So embrace your dark side and enjoy these crazy and wonderful Twisted Tales.

Once upon a time just sounds so boring and bland as everyone knows that they'll be a 'happily ever after' - but what if the villains actually won and became the focus of the story? That's exactly what iSoftBet thought when they created their weird and wonderful Twisted Tales series.

Towards the end of 2020, iSoftBet decided to focus its efforts on the stories of Wonderland with Queen of Wonderland Megaways. The Megaways mechanic returns along with an even bigger win of 50,000x your stake along with a multitude of features including Queen of Hearts Respins and Free Spins.

By April 2021, the developers decided to focus on a more serious tale with Moriarty Megaways that is all about Sherlock's archenemy. There are so many features in this slot, that you'll be besting Sherlock in no time and winning up to 37,500x your stake.

Just in time for Halloween 2021, Brides of Dracula Hold & Win releases but with a new mechanic - Hold & Win. Thankfully, the series is constantly shaking up these stories with darker versions and enthralling gameplay to match. They even released a Christmas slot with Scrooge Megaways at the end of 2021. The Twisted Tales series is one not to miss out on.

What's not to love about exciting mechanics? Each of the slots within this series features wonderful mechanics such as Megaways or the Hold & Win feature. What more could you want in an online slot?

The designs of these slots are of an unbelievable quality with so much detail and definitely do the source material justice. You'll be pulled into these stories with the stunning visuals that show the high quality that iSoftBet put into their slots.

iSoftBet has created one of the best fairytale slot series in recent years with so much creativity in its designs and some thrilling gameplay. If you love high volatility slots, stunning visuals and delightful gameplay, then you should definitely check out the Twisted Tales series.

If you want a story based around Morgan from the King Arthur season, then give Morgana Megaways a go. For those of you, wanting to see Wonderland without Alice, then check out Queen of Wonderland Megaways. You can even give Sherlock a run for his money with Moriarty Megaways. This slot series literally has everything that you could possibly want!

We've hand-picked the following slot sites to ensure they have the best Twisted Tales slots for you to play. All these slots sites are fully UK-licensed and have a great selection of games including slots in the Twisted Tales series.