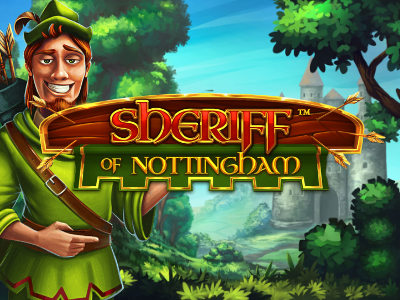 The malicious Sheriff of Nottingham is trying to round up Robin Hood and his Merry Men to collect their bounties, it's up to you to help Robin Hood!

Developed by iSoftBet, Sheriff of Nottingham plays on 5-reels with 25 paylines and features free spins and respins to help you secure a glorious reward.

There's a lot going on in Sheriff of Nottingham but it all adds up to create some amazing gameplay. The wild is stacked and replaces all the symbols except the bonus and character symbols.

During any base game spin, Robin Hood can trigger a modifier in which you pick a letter to gain a random prize. These include:

You can also trigger the free spins round by landing crown symbols on reels 1, 3 and 5 to grant 8 free spins. During the free spins, up to 5 reels can spin in sync on any spin which can lead to more wins.

There are 5 Merry Men in this slot and they appear on the reels to trigger the Wanted Respins feature (if they all land together). You'll be given 3 respins with the potential to reset this feature if you land another wanted character on the reels. The Sheriff of Nottingham can land to collect the bounties and open up more species for bigger wins. 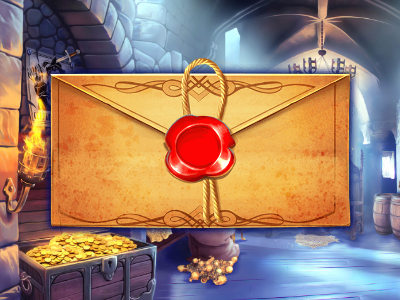 At any moment, Robin Hood can activate the modifier pick and click game to decide which of the four modifiers you'll receive. 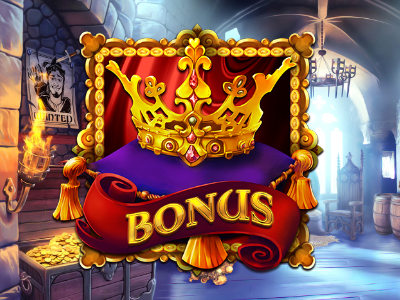 Landing the crown scatters on reels 1,3 and 5 will trigger 8 free spins, plus the reels can even spin in sync for even more wins. 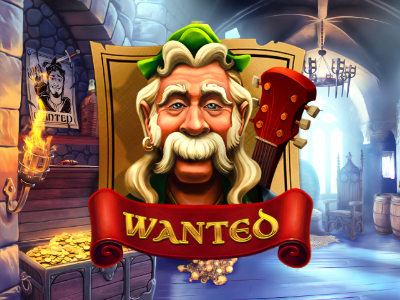 If you manage to land all of the Merry Men, you'll trigger the Wanted Respins feature that resets to 3 with every wanted character you land.

iSoftBet decided to adapt this story into an online slot so that you could join Robin Hood to face off against the evil Sheriff of Nottingham. Playing on 5-reels with 25 paylines, this medium volatility slot features free spins and respins that are bound to help you face off against the tyrant.

The design of this slot looks like something straight out of a Pixar film with the designs of the characters. There's a cheeky picture of Robin Hood on a wanted poster next to the reels and it looks identical to Flynn Rider from Tangled. All of the characters on the reels have so much charm that you can't help but root for Robin Hood and his Merry Men.

Unsurprisingly, the background of the slot is set in Sherwood Forest with the castle in the distance. It's not the most detailed but it looks clean and straight out of a fairytale.

The music is as expected with medieval music featuring lutes and harps to create a majestic tone. Naturally, the slot features other ambient sounds such as birds chirping and trees rustling that fit in well with the theme.

There's not a whole lot to the Sheriff of Nottingham in terms of gameplay as it's pretty standard. The slot features 5-reels with 25 paylines - so it's easy to pick up and play.

In terms of the menus and buttons, you can find most of it to the right of the screen with the spin, autospin and bet level button here. If you journey to the left of the screen, you'll find the additional settings with the sound levels and paytable.

There's not a lot to write home about in regards to the win potential as it's pretty basic. The RTP is at 96% which is good for an online slot and it has a medium volatility level. The maximum payout is only 1,000x your stake - which isn't a lot considering iSoftBet's Royale with Cheese Megaways and Wild Hammer Megaways have 50,000x your stake as their maximum wins.

This could've easily been an instant classic with the manageable gameplay, whimsical design and fun features - but it's all let down by the low win potential of 1,000x your stake.

Sadly, Sheriff of Nottingham could've been something spectacular with a better win potential but it falls to the bottom of the pile because of this disappointing amount. Of course, we urge you to try it out for a few spins but maybe look towards some of iSoftBet's better titles instead of putting all your effort into this one.