We genuinely mean it when we say you won't find many better Megaways slots out there than iSoftBet's Royale with Cheese Megaways. This wonderful 6-reel, 117,649 ways to win slot is quirky, fun and most importantly lucrative! It might only have one bonus feature, but don't let that fool you... The 'Build Your Burger' bonus is one of the very best out there and could potentially net you 50,000x your stake.

“ We promise you this delightfully tasty slot is 100% worth a spin! ”

Jump straight into the action and play Royale with Cheese Megaways now at the following fully licenced UK slot sites. These slot sites have been thoroughly audited and reviewed by the team here at Slot Gods to ensure they offer an exceptional user experience, are trustworthy, safe, secure, and boast the best selection of online slots in their portfolio including Royale with Cheese Megaways...

Royale with Cheese Megaways only boasts one bonus feature, but it's genuinely one of the best free spin bonus features we've ever had the pleasure of playing, so there are zero complaints from us! In terms of mechanics, this slot boasts Megaways, cascading reels, an additional row of symbols and mystery wild symbols.

In addition to all of the above, the 'Max Megaways' feature can be randomly triggered at any time, forcing the game to offer players the maximum of 117,649 ways to win.

The 'Build Your Burger' bonus is arguably one of the most enjoyable free spin bonuses we've ever played. Upon triggering it by way of landing 3 scatter symbols (or five consecutive cascades) players are taken to a pick and click mini-game.

Players are taken to a 5x5 grid (25 squares in total) and they must pick random squares which will reveal a topping for the burger that sits to the left of the game screen.

Each topping that's added to the burger represents a different perk that will boost the player's free spins. The first pick is always the bottom burger bun, which awards players +1 free spin with Megaways starting at 324.

Players can continually pick items until they find the top burger bun, which ends this portion of the bonus and takes players into the free spins round. The full list of toppings (and their retrospective perks) are as follows: 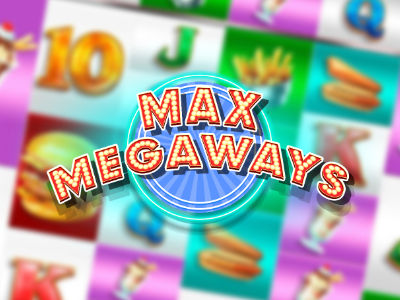 At any time during base gameplay or during a bonus feature max Megaways can be triggered, forcing the game to offer players a maximum of 117,649 ways to win on the next spin. 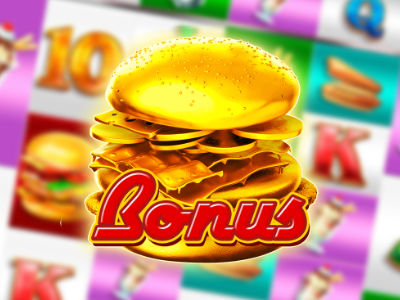 The Build Your Burger bonus is a free spins round that sees players play a pick and click mini-game to sculpt their own burger and free spins bonus by adding free spins, multipliers and ways to win.

The steaks have never been higher at the Royale Cluck Diner... Royale with Cheese Megaways is a 6-reel, 17,649 ways to win Megaways slot developed by the genius team at London-based studio iSoftbet.

This awesome food-themed slot is a lot of fun to play and revolves around the brilliant 'Build Your Burger' bonus that sees players take part in a pick and click mini-game to create a tasty treat, determining what kind of free spin bound round they're going to enjoy in terms of the minimum ways to win, spins and multipliers.

An overly-enthusiastic voiceover artist screams "Get your Royale with Cheese... It's a damn good burger!" when you first load up this iSoftBet slot... It was from that moment on that we just knew we were going to fall in love with this bizarre game.

Behind the reels is a classic drive-in American diner featuring a giant chicken waving from the rooftop, the game reels themselves are adorned with your standard royal suit 9, 10, J, Q, K, A for low paying symbols. High paying symbols are all items you'd expect to find at your favourite diner! These include an ice cream sundae, a hot dog, fries and of course a HUGE burger.

In terms of the way this slot sounds, there's a quirky soundtrack that's pretty good, especially during the bonus feature... But, it's definitely outshone by the voiceover artist that pipes in with a ton of different lines whenever something exciting happens (sometimes he'll pop up with something just for the sake of it).

At first glance, you'll quickly realise that this game is somewhat reminiscent of your standard Megaways slot from Big Time Gaming in the way that it's set up, and that certainly isn't a complaint. The reels are set out in the same way as classic slot Bonanza Megaways, with 6 reels with an additional horizontal reel featuring four symbols at the very top of the game screen.

Whenever a winning combination of symbols is registered they are removed from the reels allowing for new ones to fall into place (known as cascading wins), leading to additional winning combinations. Manage five consecutive cascading reels and you'll automatically trigger the Build Your Burger bonus (with additional free spins coming from every cascade that follows the fifth).

Navigating the slot itself is incredibly simple, there are three black buttons to the right of the reels, these allow players to set their stake, up to 1000 automated spins and of course spin the reels. There's also a small volume and info button (that brings up the paytable and explains the bonus features) on the other side of the reels.

This tasty high volatility slot has a slightly below-average RTP of 95.9% and a much better maximum win potential of 50,000x the player's initial stake, which we can't really complain about. This slot might require a bit of patience, but it's well worth it when you get into the bonus feature.

We genuinely mean it when we say this is up there amongst the very best Megaways slots we've ever played. The overall presentation of the game is flawless and the Build Your Burger bonus is so much fun, if you're looking for a brand new slot with that looks great and plays great then we urge you to give this tasty slot a spin.