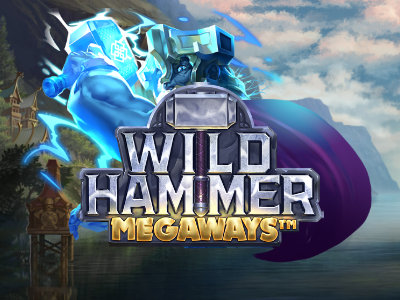 Wild Hammer Megaways is a wonderfully designed 5-reel, 117,649 ways to win Viking-themed slot developed by the talented team at iSoftBet. With stunning visuals, a great soundtrack and memorable bonuses in Wild Hammer Match and an impressive free spins feature, what's not to love? If you love Megaways slots then you genuinely can't go wrong with this well-crafted title.

“ It doesn't reinvent the wheel, but it's one of the more memorable Megaways slots to date. ”

Jump straight into the action and play Wild Hammer Megaways now at the following fully licenced UK slot sites. These slot sites have been thoroughly audited and reviewed by the team here at Slot Gods to ensure they offer an exceptional user experience, are trustworthy, safe, secure, and boast the best selection of online slots in their portfolio including Wild Hammer Megaways...

Non-UK players are able to take advantage of the game's feature buy option the 'Wild Hammer Bet'. This will see players trigger the free spins bonus for a total of 75x their stake.

If 2 or more matching symbols land on the additional horizontal reel that sits above reels 2 to 5 then all instances of that symbol will turn wild on the corresponding reels.

Before starting the feature players must pick one of four free spin bonus features that are as follows:

The free spins features an unlimited win multiplier which increases by 1x with each and every cascade, so the opportunity to win big is most certainly there! 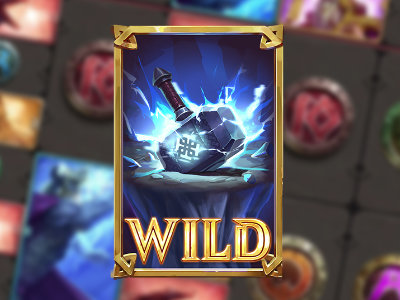 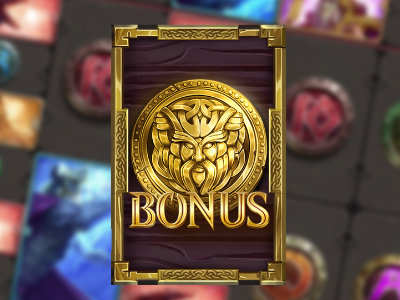 When players land 4 scatter symbols on the game reels they'll trigger the free spins bonus that sees them able to pick from one of four different features, each offering a different number of free spins and starting multiplier.

If you're a fan of Viking mythology then you're in the right place! Wild Hammer Megaways is a fantastic 6-reel, 117,649 ways to win Viking-themed slot developed by iSoftBet that boasts beautiful graphics, an atmospheric soundtrack and most importantly lucrative bonus features that can see players win up to 50,000x their stake when the stars align.

This atmospheric slot is beautifully designed by the talented team at iSoftBet. Either side of the game's reels sits two winged figures carved from stone watching on as players stake their fortune, behind those are dramatic mountains and deep dark forests.

The game reels are just as dramatic, low paying symbols are your standard 10, J, Q, K, A painted onto wooden Viking shields. Higher paying symbols are the famous faces you'll normally come across in these slots... Fenrir, Loki, Freya, Thor and Odin. Special symbols include Thor's hammer as the wild and a golden shield as the scatter symbol.

The soundtrack features slow drums and a classic Viking lyre... It made us feel like we were building up to something dramatic and whilst it wasn't exactly high-octane it still had us on the edge of our seats.

In addition to the 6 main game reels, there's an additional reel featuring four symbols that spin horizontally, this essentially adds an extra symbol to reels 2, 3, 4 and 5 meaning even more paylines.

Frustratingly, high volatility slot Wild Hammer Megaways has a slightly below average win potential of 95.78%, however, this is somewhat outweighed by the huge maximum win potential, sitting at 50,000x the player's stake.

Wild Hammer Megaways doesn't exactly offer anything new or reinvent the wheel, but that being said it's an incredibly strong game that has all the makings of a top Megaways slot.

If anything, this slot is solid proof that a game doesn't need to throw fancy new features and mechanics at players to win them over, it just needs to be well designed with lots of time, love and effort put into its production.

Play Wild Hammer Megaways now at the following verified UK slots sites. These slot sites are fully licenced and have been thoroughly vetted and reviewed by us to ensure they offer a great user experience, are trustworthy, secure, and have a wide variety of the best online slots in their lobbies including Wild Hammer Megaways:-