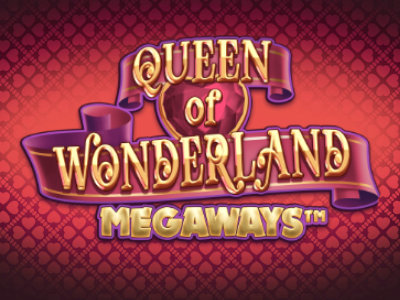 There are so many different slots about the Wonderland tales by Lewis C Carol, but barely any of them focus on the Red Queen. As the second slot in the Twisted Tales series by iSoftBet, Queen of Wonderland Megaways plays on 6-reels with 117,649 ways to win.

This fairytale slot features mystery symbols, respins and free spins that'll help you reach the maximum prize of 50,000x your stake. So journey to Wonderland and pay the Red Queen the proper respect that she deserves.

“ You'd be absolutely mad to not try out this sublime slot ”

The Queen of Wonderland Megaways has a huge amount of features that are absolutely marvellous. It all begins with the wild symbols that naturally substitute all symbols except the bonus and cash symbols. Alongside the wild, you have mystery symbols that can land in view at any random point and transform into the same regular symbol.

You can unlock the Max Megaways feature at any random point to force the reels to a 117,649 Megaways outcome.

Alongside the respin feature, you can trigger the Queen of Hearts Free Spins by landing 3 or more scatter symbols on a single spin. 10 spins are awarded but additional scatters can add 5 additional spins. After you've triggered free spins, a progressive multiplier starts at x1 and increases by x1 with every cascade.

If the total win at the end of the feature doesn't exceed 10x your stake, then the Royal Guarantee kicks in. 5 extra free spins will be given out to give you a better chance of winning. 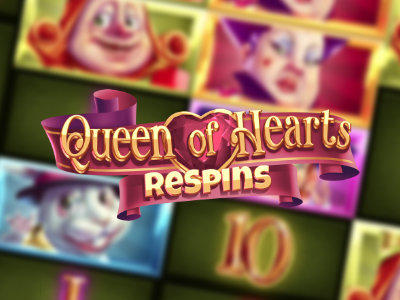 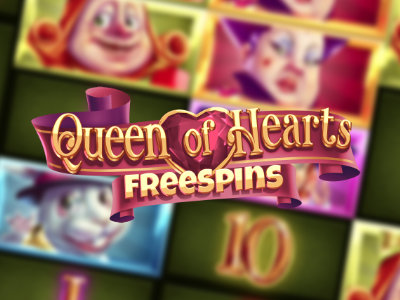 If you get 3 or more scatters on a single spin, then you'll trigger 10 free spins. There's even a progressive multiplier that starts at x1 and increases with every spin. 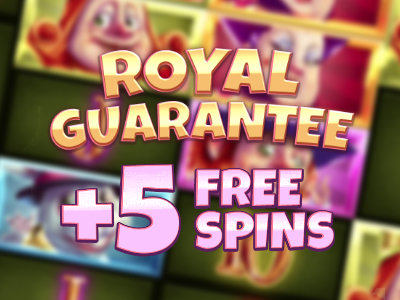 For those of you that have an unlucky streak throughout free spins, the Royal Guarantee will award you 5 extra spins if you haven't won at least 10x your stake.

Everyone loves the heroes of stories, but they are nothing without the fantastic villains. iSoftBet's Twisted Tales series focuses on the antagonists of famous stories rather than the bland heroes. This slot focuses on the Queen of Hearts aka the Red Queen instead of the boring Alice. Queen of Wonderland Megaways is a fairytale slot that plays on 6-reels with 117,649 ways to win due to the Megaways mechanic.

Of course, Queen of Wonderland Megaways would be set in Wonderland as that's what people want to see. It's set in the Queen of Hearts' kingdom with the reels set at the gates. In the distance, you can see her befittingly pink kingdom with red hearts in the decor. At the gates of the kingdom, there are red roses all around that sparkle and ooze love hearts that float to the sky. It's all a little mad, but we enjoyed it!

The symbols on the reels contain the typical characters that you expect to see in Wonderland such as the Queen of Hearts, Cheshire Cat, White Rabbit and the Mad Hatter but there are also traditional playing suit numbers that are adorned with a rose background. All of the characters look like caricatures but they are intricately designed.

There's almost angelic music playing in the background with harps, chanting and other soft instruments making a relaxing and enchanting score. This combined with the ambient noises of nature such as birds tweeting really make the slot pleasing to listen to and ultimately play.

Queen of Wonderland Megaways has an absolutely incredible win potential that begins with the wonderful RPP of 96.03% which is just over the average standard. On top of that, there is a high volatility level which means that you'll get bigger wins but less frequent.

As for the maximum win, you can potentially win 50,000x your stake through the Queen of Hearts Free Spins with the increasing multiplier. Of course, the Queen of Hearts Cash Respins is another great feature that delivers some excellent wins as well.

Queen of Wonderland Megaways is a triumph and another hit title from iSoftBet! From the stunning visuals and incredible detail to the charming gameplay, this slot has everything that you could possibly want.

It's genuinely thrilling and fascinating to play that you'll definitely want to play this slot again. There has been no expense spared in this slot and you'll be a fool to miss out on the experience. For a high volatile fairytale ride, try out Queen of Wonderland Megaways.