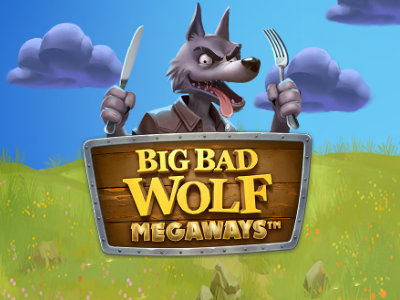 The fairytale of The Three Little Pigs is one that is known across the world and is beloved by many. It's because of this reason that Quickspin decided to create a slot based all around this fable.

Big Bad Wolf Megaways is a fairytale slot that plays on 6-reels with 117,649 ways to win due to Megaways. Alongside the Megaways, you can find free spins, multipliers and high volatility gameplay that will literally blow you away.

“ You'll be squealin' at how delightful this Megaways slot is ”

Jump straight into the action and play Big Bad Wolf Megaways now at the following fully licenced UK slot sites. These slot sites have been thoroughly audited and reviewed by the team here at Slot Gods to ensure they offer an exceptional user experience, are trustworthy, safe, secure, and boast the best selection of online slots in their portfolio including Big Bad Wolf Megaways...

Big Bad Wolf Megaways has a huge range of features to keep you entertained, and it all begins with the Megaways mechanic that expands the paylines up to 117,649 ways to win. Aside from that, you have piggy symbols that transform into wilds every second tumble. The piggy wilds substitute all symbols except the scatter and the traditional wild symbols.

If you land 3 moon scatters, then you'll win 11 free spins in the Blowing The House Down bonus game. There are different stages throughout free spins, and you move up by landing scatters through free spins. 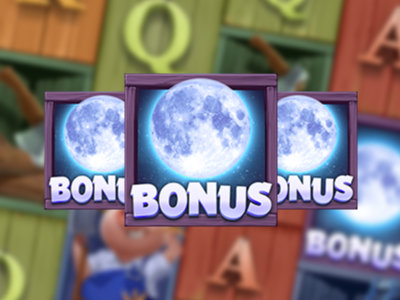 Blowing The House Down 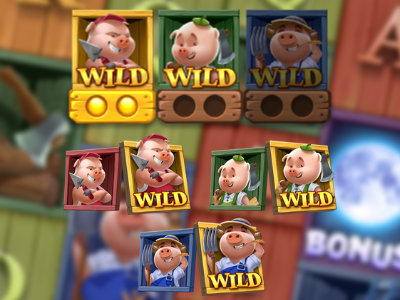 Throughout the game, you can turn regular piggy symbols into wilds every second tumble meaning that there are bigger wins to be had. On top of the piggy wilds, there are normal wilds in this slot that substitute all except the scatters.

Once upon a time, there was a legendary fable about three little pigs and a nasty wolf that tried to blow down their house. The Three Little Pigs story is known across the world as one of the best fairytales due to its exciting nature. Quickspin released the original Big Bad Wolf in 2012 but decided it was time to release a Megaways version of this slot and Big Bad Wolf Megaways was born.

This fairytale slot plays on 6-reels with 117,649 ways to win in this high volatility slot. Throughout this slot, you can expect dashing visuals mixed with free spins and multipliers to make sure that you blow down the pesky pigs house. So, huff and puff, and you could win up to 30,540x your stake.

It's no surprise that the slot is set along the countryside with a forest in the background. There are a few houses in the distance but the focus is the pigs' house in the centre which looks as you'd expect as it's covered in hay.

All of the symbols on the reels are related to the pigs as there are pig symbols, hay, wood, axes, and the wolf. These animate with wins and they are actually blown away after that just like in the tale. As you start in the base game, there is a blue sky with various clouds that move, but this transforms to nighttime during the free spins mode which is appreciated.

In terms of sounds, you can expect general ambient sounds such as trees rustling and birds chirping in between spins, but this changes as soon as you get to free spins as the music starts and intensifies.

Thankfully, the gameplay follows the standard Megaways mechanic and doesn't add anything too complicated. The gameplay of Big Bad Wolf Megaways is straightforward and easy for people to pick up.

All of the relevant buttons can be found at the right side of the screen with the spin button, autospin and bet level centred. At the bottom of the screen, you'll notice your current bet level, how much you've won and how much you have left in your pot.

The RTP of this slot is just above the average at 96.05% which is decent for an online slot - we generally advise not to play slots with an RTP underneath this level unless there's a jackpot attached. Big Bad Wolf Megaways has high volatility meaning that you can expect high returns but at a less frequent rate.

Thankfully, the maximum win of this slot is an impressive 30,540x stake which is a tremendous amount to receive. You can win the maximum amount through free spins with the multipliers attached.

Let's just say we were utterly blown away by this fantastic fairytale slot. It has everything you could want in a high volatility slot with easy to comprehend gameplay, dynamic visuals and wonderous win potential.

Big Bad Wolf Megaways is the first Megaways slot from Quickspin and it definitely delivers. Of course, we'd love maybe some more features but we're happy with what was delivered. There's literally no excuse not to check out this amazing slot.

Play Big Bad Wolf Megaways now at the following verified UK slots sites. These slot sites are fully licenced and have been thoroughly vetted and reviewed by us to ensure they offer a great user experience, are trustworthy, secure, and have a wide variety of the best online slots in their lobbies including Big Bad Wolf Megaways:-