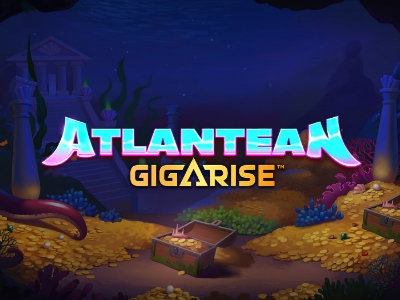 Atlantean Gigarise is a mythical-themed slot developed by Yggdrasil that introduces players to a brand new game mechanic known as Rising Reels. Rising Reels sees the size of each reel grow by +1 symbol every time a special Trident symbol lands. In addition to this players can trigger up to 80 free spins AND a bonus feature could see them win one of five progressive jackpots.

Jump straight into the action and play Atlantean Gigarise now at the following fully licenced UK slot sites. These slot sites have been thoroughly audited and reviewed by the team here at Slot Gods to ensure they offer an exceptional user experience, are trustworthy, safe, secure, and boast the best selection of online slots in their portfolio including Atlantean Gigarise...

If a Trident symbol lands on the game reels at any time then the height of that reel will grow by +1 symbol, up to a maximum of 8 symbols in total. When players land a Trident Symbol on a maximum height reel the Bonus Game will trigger and the reel resets back to its original height.

There are 3 versions of the Bonus Game that players can trigger, these are the Bronze, Silver and Gold Bonus Features. Which version players receive is completely random.

Players are taken to a new reel set where a single horizontal one payline reel is highlighted. Players have 3 lives and whenever no symbols land on the horizontal reel then their lives go down by one. If players land any of the below symbols then the counter resets back to 3.

The jackpots that players can win are as follows:

The breakdown of free spin bonuses during base gameplay can be found below:

The breakdown of free spin bonuses during the free spins feature can be found below:

Whenever a Trident symbol lands on the game reels during base gameplay the reel will grow by +1 symbol. The reels can grow to a total of 8 symbols high. 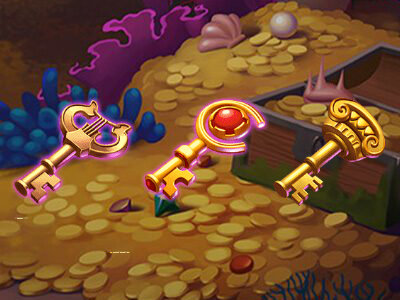 When a reel grows to 8 symbols high and a trident symbol lands on it then the Bonus Game is triggered that sees players receive 3 respins on a special 1 payline horizontal reel. 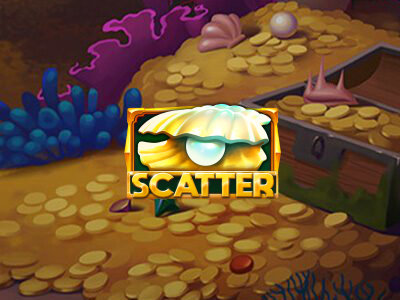 If players land 3 or more scatter symbols on the game reels during base gameplay they can win up to a total of 80 free spins. Players can win additional free spins by landing 2 or more symbols during the feature.

Atlantean Gigarise is a mythical-themed slot that's all about expanding reels (known as Gigarise reels). The game starts with 243 ways to win and can expand up to a total of 32,768 ways to win if all of the reels expand high enough! In addition to the Gigarise reels, this slot features a bonus game, free spins feature and no fewer than five jackpots!

This slot, as you would expect is set deep under the ocean in the lost city of Atlantis. Fish swim by the ancient ruins of this once grand city. The reels themselves are set into the ruins of an ancient temple which is flanked on either side by grand Doric columns.

Low paying symbols in this slot are your standard 10, J, Q, K, A whilst high paying symbols are all items associated with Atlantis and ancient Greece... These include a sunken pot, a harp, a sword and shield, a warriors helmet and a gem-encrusted broach. The game's wild symbol is an ionic column with the word WILD underneath it. The scatter symbol is an oyster with a shining pearl sat within it.

In terms of navigating the slot, there's an action bar that features coin value buttons, a max bet button, spin and autospin. If players press the blue + button on the far left-hand side of the game screen then they'll open an expanding menu that features the paytable, game settings, game rules and sound settings.

This low/medium volatility slot has an RTP of 96% and a maximum win of 4,370x the player's stake, which is alright but all-in-all nothing groundbreaking. Base game symbol values are quite low, most big wins will come by way of the free spin feature. However, the biggest wins will come during the bonus game when players can trigger one of 5 different jackpots.

Atlantean Gigarise is an interesting game, the Gigarise mechanic is engaging and we thoroughly enjoyed trying to increase the size of the reels in an attempt to unlock all 32,768 ways to win. The free spins were generous and the bonus game/progressive jackpots are just far too good to miss out on. Don't pass on this slot if you're after something truly different.

Play Atlantean Gigarise now at the following verified UK slots sites. These slot sites are fully licenced and have been thoroughly vetted and reviewed by us to ensure they offer a great user experience, are trustworthy, secure, and have a wide variety of the best online slots in their lobbies including Atlantean Gigarise:-

Enjoyed Atlantean Gigarise? Here's a handful of similar slots we think you'll like too. These online slots have been chosen based on features and themes similar to Atlantean Gigarise. You might also want to check out other Yggdrasil slots.