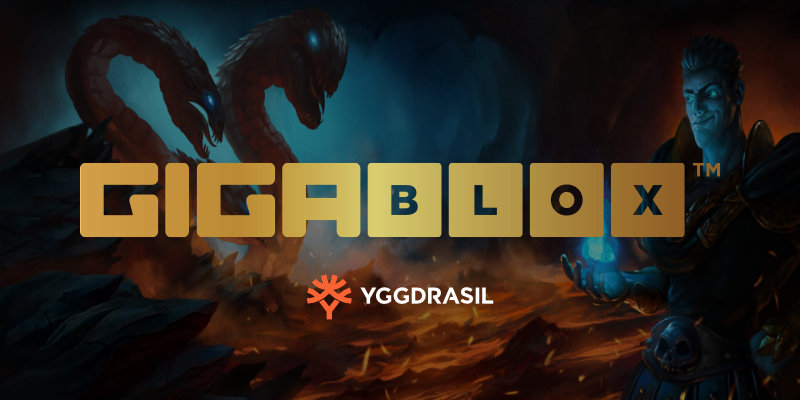 In 2020, Yggdrasil decided to shake up the iGaming community and create a whole new mechanic for online slots. This mechanic is called Gigablox and is featured in many different Yggdrasil slots including Hades Gigablox, Suncatcher Gigablox and Swords and Sabres: Charge Gigablox.

How does Gigablox work?

As the name suggests, this slot mechanic involves gigantic symbols that help towards huge wins. There are giant symbols that start at 2x2 and can grow up to 6x6 when they fall onto the reels leading to winning paylines.

Ultimately, these symbols can land at any random time and are often sized between 2x2 and 5x5 during the base game - but can expand to 6x6 during special bonus modes such as free spins. When the symbols land, they count for how many blocks they are taking up. For example, if a block of 2x2 falls on the reels, it'll cover up 4 spaces and count as 4 individual symbols when it's part of a winning payline.

Gigablox symbols can be normal low paying symbols or even special symbols such as scatters or wilds unless specified otherwise in the game. To gain wins in a Gigablox slot, you have to land winning paylines just like in any other slot but the larger symbols help to contribute to greater payouts.

It's as simple as that, but it has a huge effect on your gameplay. Of course, if you find yourself still struggling, you can always try in demo mode to see how it plays for you.

We always suggest trying slots out for yourself to see if it's the right fit for you and we've selected three of our favourite Gigablox slots all with different themes. 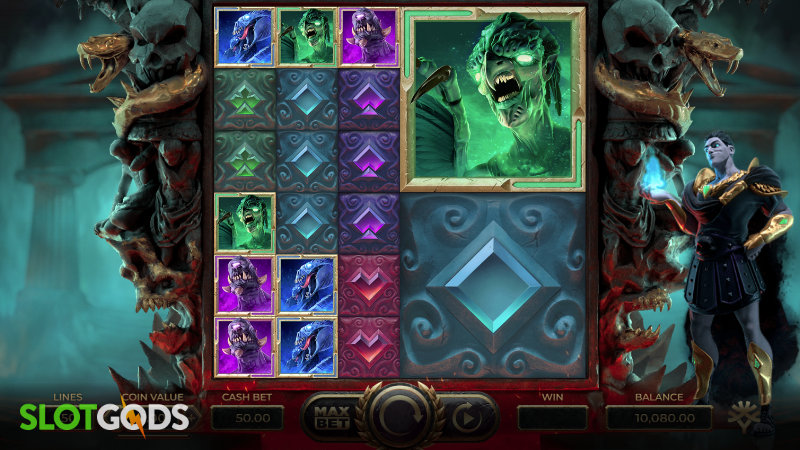 If you want a cinematic masterpiece focusing on the Roman myths, then Hades Gigablox is the one for you. It plays on 6-reels with 50 paylines and features wins reaching up to 9,000x your stake in this high volatility slot. On top of the visuals and amazing Gigablox mechanics, you can expect Wild Hunt Free Spins, Multipliers and the Wild Hunt. 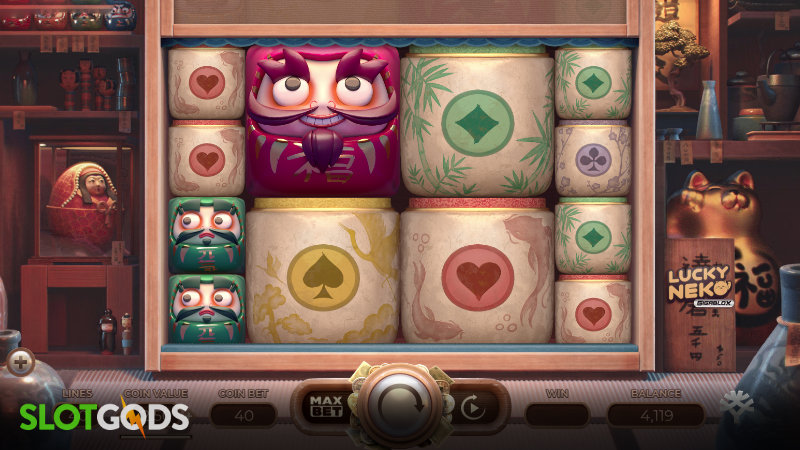 As the first-ever Gigablox slot, Lucky Neko Gigablox has a slot to live up to and thankfully delivers with absolutely brilliant gameplay mixed with a charming aesthetic. This oriental slot embraces Japanese cultures and paired Gigablox with a free spins feature that can lead to multipliers of x5. If you want a spectacular slot that mixes Gigablox and free spins, then look no further than Lucky Neko Gigablox. 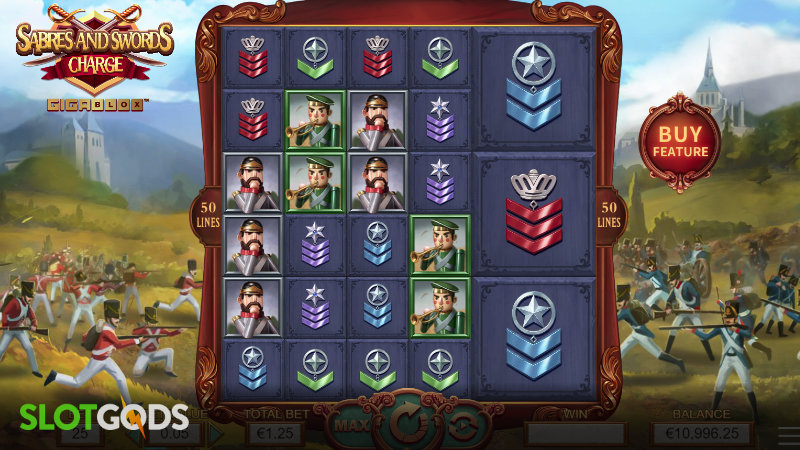 Yggdrasil's Dream Tech Studios have an absolute treat for war fans as this slot is based around Napoleonic toy soldiers and plays on a grid of 6x6 with 50 paylines. This action slot features the Gigablox mechanic along with Engage The Enemy Free Spins which remove symbols and add additional free spins each time you land a specific amount of scatters. This slot is perfect for those familiar with Gigablox and are wanting something a little extra.

Play Sword and Sabres: Charge Gigablox at these slot sites