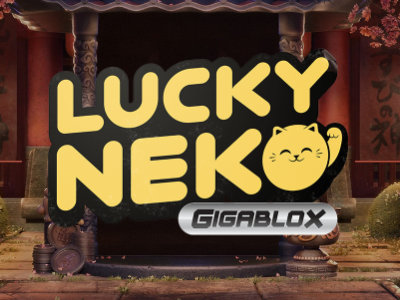 All of the lucky things associated with Japanese culture are right at home in Yggdrasil's Lucky Neko Gigablox. With Daruma dolls and lucky cats, luck will be on your side and help you gain big wins.

Lucky Neko Gigablox contains free spins, expanding reels, multipliers and of course the amazing Gigablox mechanic. There's so much to love in this charming oriental slot - so make sure to give it a spin.

“ Utterly mesmerising and one of the best oriental slots out there ”

As the title suggests, this slot contains the impressive Gigablox mechanic that gives the player the chance to land big symbols of 2x2, 3x3 and 4x4 - but they can climb up to 5x5 and 6x6 in free spins. 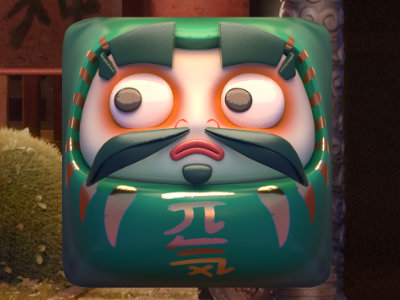 Yggdrasil's incredible mechanic all began with this slot and the symbols can land as big blocks instead of the typical 1x1 symbols. In the base game, you can land symbols of up to 4x4 and even 6x6 during free spins. 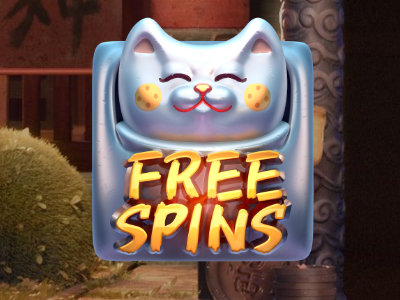 Landing 5 or more free spin symbols will trigger the free spins round with spins equivalent to the number of symbols you landed. There are multipliers and even an expand reel during this mode.

It's common knowledge that in Japanese culture that cats and Daruma dolls are incredibly lucky - which is why Yggdrasil decided to release a slot based around them. Lucky Neko Gigablox is an oriental slot that plays on 6-reels with 40 paylines during the base game.

This is the first slot to contain the impressive Gigablox mechanic and it also contains free spins with multipliers and expanded reels for even bigger wins. Lucky Neko Gigablox is a charming and beautiful slot that you'd be a fool to miss out on.

As you open up the slot, you are greeted by a kind phrase stating “ohayou gozaimasu” meaning good morning along with many other Japanese phrases making it feel even more authentic that you are in Japan. There's a soft score with wind and stringed instruments that is tranquil and completely relaxing. Naturally, this gets more intense during spins but still remains pleasant to hear.

The visuals of the slot are utterly breathtaking with you being situated in a Japanese living room with various items around the house such as Bonzai trees, kabuki dolls, hiragana and kanji symbols all around the reels. On the reels, there are Daruma dolls and cats to give you some sort of luck on the reels but the designs are absolutely brilliant.

When you trigger free spins, you'll be taken to a temple surrounded by stunning cherry blossoms falling. It looks fantastic and definitely shows Yggdrasil at the top of their game design-wise.

The slot plays on 6-reels with 40 paylines during the base game but this expands to 85 during the free spins round. Whilst Gigablox sounds confusing, it's entirely straightforward and just adds big symbols to your reels making it easier to win.

All the relevant buttons you could need are at the bottom of the screen with the spin button, autospin and bet level. Further to the left, you'll find even more menus such as sound, paytable and other information.

With a solid RTP of 96.40%, this is over the average standard of 96% which is brilliant. As for the volatility, you can expect high volatility meaning that payouts are less frequent but high when they eventually land.

You can win up to 6,953x your stake in this slot which can be done during free spins with a multiplier. During our playthrough, we triggered the free spins feature multiple times but this may not be the case for everyone.

Lucky Neko Gigablox is one of the coolest looking slots that completely transports you to Japan and has done so in a beautiful way. It's clearly one of the best oriental slots we've come across so far with the gameplay being brilliant.

Perhaps the only downside is the low maximum payout of 6,953x your stake - but that's not to say it's not a decent amount but we expected a little more. If you are going to try one Gigablox or oriental slot this year, give Lucky Neko Gigablox a spin.

Enjoyed Lucky Neko Gigablox? Here's a handful of similar slots we think you'll like too. These online slots have been chosen based on features and themes similar to Lucky Neko Gigablox. You might also want to check out other Yggdrasil slots.