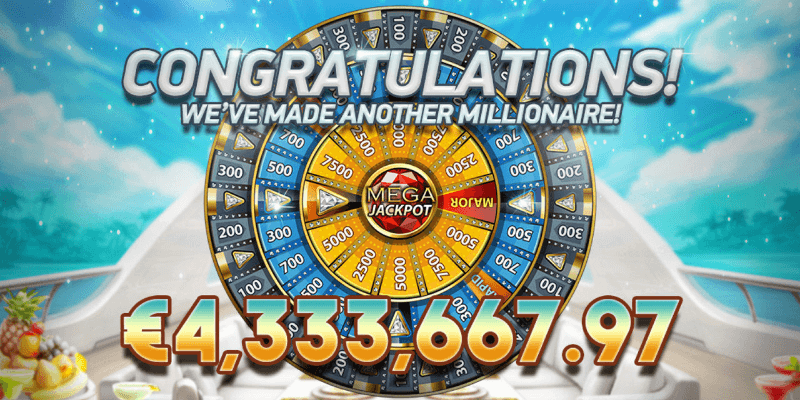 Which jackpot slots are the best to play if you want to win life-changing sums of money?

Let’s be honest, there’s not a single online slot enthusiast out there that hasn’t played a jackpot slot in the hope of winning the grand prize. The jackpot is practically something every single slots player dreams of winning one day, the Holy Grail of online slot games!

With so many online slot games available to play in this day and age it can be pretty intimidating and tiring finding the right ones in terms of winning potential, and we know that what players really want are life-changing jackpots that reach into the millions of pounds.

Rather than leave you to your own devices, searching far and wide for the biggest and best jackpot slots, we’ve done the hard work and sourced the 6 most lucrative jackpot slots of all time! Below we’ve detailed each slot worthy of a mention and their biggest wins if applicable.

We have the genius team at Microgaming to thank for the famous Mega Moolah jackpot slots, which are known for paying out an absurd amount of money to lucky players on a regular basis. The series, which consists of six online slots has twice broken the Guinness World Record for highest payout since being launched in 2006.

Not only is Mega Moolah known for smashing records, but the jackpot slot series made major headlines for paying out a massive £13,213,838.68 from a single 25p spin in 2015... But believe it or not, that's not the record payout! The biggest ever payout Mega Moolah has ever seen was €19.4 million on Absolootly Mad: Mega Moolah in 2021.

On average Mega Moolah pays out around £6 million every 4 to 6 weeks and Microgaming’s progressive jackpot network has now paid out close to £1,000,000,000 (one billion pounds!) since it launched with over 500 players a year winning £9,000 or more on one of their slots. 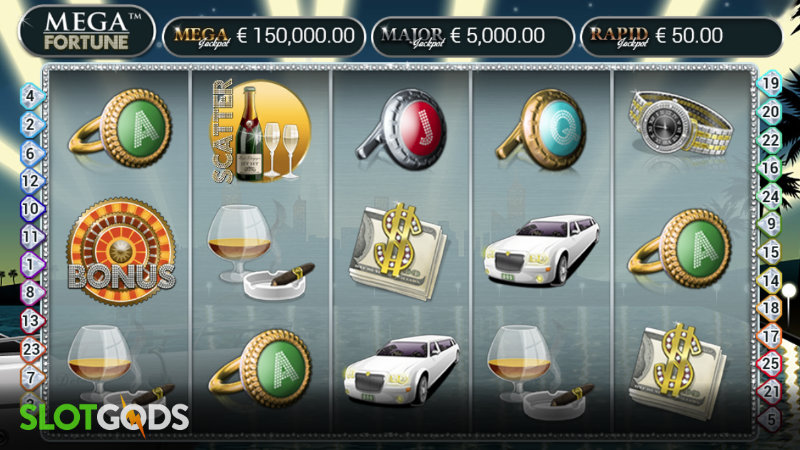 Created by legendary slot developers NetEnt, Mega Fortune is a progressive jackpot slot series consisting of two titles renowned for their HUGE payouts. On average Mega Fortune is known to pay out several million pounds around every 70 days or so.

The largest prize ever won on the luxurious Mega Fortune jackpot came in 2013 and sat at a cool £15,143,600, a Guinness World Record at the time. Like Mega Moolah, this incredible sum of money was won on a single 25p stake.

Another record-breaking NetEnt slot, Hall of Gods is a truly iconic Norse themed title that pays out on average £5,000,000 to lucky players, with the biggest ever win sitting at £7,822,217.

This game doesn’t tend to pay out as often as its counterparts, however with just two or three people winning the jackpot each year on average. However, with such a long time between coming between wins, this game feels like it’s ready to burst with every single spin.

Play Hall of Gods at these slot sites 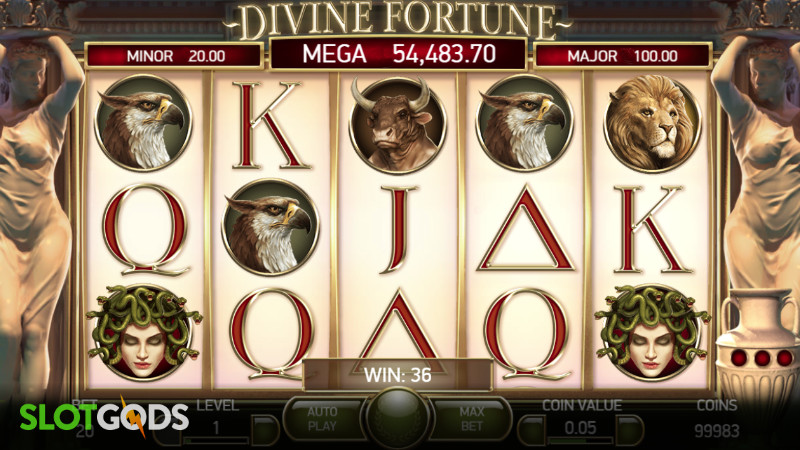 Not all jackpot games have to pay out millions to be considered legendary. Divine Fortune is a Mythical NetEnt jackpot slot known for paying out a very healthy average of around £120,000 to players on a regular basis. However, wins have reached an excess of £600,000 in the past.

If the three potential jackpot prizes weren’t enough to entice you to play this fantastic game, you’ll be delighted to hear that there’s a multitude of bonus features built into this slot including falling wilds, re-spins, wild on wilds and a huge number of free spins!

With the first iteration of this legendary series released in 2016 by Playtech, Age of the Gods is a powerhouse in the world of online slots and jackpots.

Almost every single title in the popular series includes 4 networked Age of the Gods jackpots that players are in with a chance of winning. The Power, Extra Power, Super Power and Ultimate Power jackpots... Each can be won randomly at any time, regardless of your stake. Players can even unlock the pick and click jackpot round on non-winning spins.

The top prize, the Ultimate Power jackpot often reaches figures in excess of £500,000 and is paid out around every 40 days or so. The other three jackpots payout up to £40,000 on a near-daily basis… So, it goes without saying this popular slot series is well worth playing.

Play Age of the Gods at these slot sites

Kingdom’s Rise is an extensive new online slot series released by Playtech that has a grand focus on gamification and bringing punters a brand new way to play. This is thanks to their unique map feature that sees each game tightly connected, allowing players to jump from game-to-game whenever they feel like it without having to close the original game screen.

The map isn’t all that brings these brilliant fantasy-themed games together though... Every single title in the Kingdoms Rise series shares three huge progressive jackpots, a Daily Strike Jackpot, which drops every day before midnight. A Power Strike Jackpot, which is guaranteed to drop before it reaches £2,000 and most importantly an Epic Jackpot that’s seeded at £100k and grows very quickly into the hundreds of thousands.