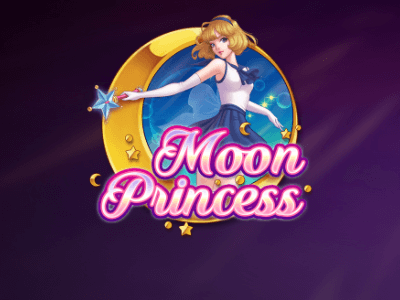 Unleash the powers of true girl power in Play'n GO's Moon Princess! This slot is action-packed and features 3 different princesses with their own unique superpowers.

Instead of traditional paylines, this slot plays on a grid and must match at least 3 symbols to form a win. You can definitely fight evil by moonlight with these heroines!

“ This anime inspired slot has some magical gameplay and unique designs ”

This anime-inspired slot focuses on three different princesses, each with their own powers. You can randomly trigger the Girl Power feature which adds a bonus to the reels from the princesses.

As you land wins with the princesses, you can fill up the meter to lead to the Princess Trinity Free Spins round. You get to select one of the princesses with a certain amount of free spins - but you can give up a number of free spins to increase the win potential. There is also an increasing multiplier that can reach up to x20!

There are three different princesses with each of them having its own unique abilities that can be randomly triggered. Love transforms one set of symbols into another, Star adds up to 2 wilds and Storm destroys two sets of symbols.

A meter on the left fills up when the princesses form wins and if you fully charge the meter - you'll trigger the Princess Trinity free spins.

You get to choose from one of the princesses with each one having different perks. You may have fewer free spins, but you have a higher risk potential. If you fully charge the meter, you can receive even more free spins!

There's no denying that this slot is clearly inspired by Sailor Moon and other shōjo mangas but it's entirely original for an online slot. Developed by Play'n GO, Moon Princess doesn't actually have traditional paylines and works similar to the Cluster Pays mechanic in which you win by forming clusters of at least 3.

You can gain powers from each of the three princesses and filling up the meter with wins can lead to the free spins round! This slot is a hybrid of the superhero, space and adventure slot genre to create something wholly unique for Moon Princess.

An opening cinematic is played at the start to introduce the slot and then you jump straight into it. The background is an animated image of the sky with each princess having a different coloured sky. All of the symbols match up with the moon theme with stars and moons along with the princesses.

Now, the designs of the princesses are obviously inspired by Sailor Moon with the Japanese schoolgirl outfits mixed with magical weapons. Each character is based on a specific princess from Sailor Moon with their weapons and looks - however, it doesn't cheapen the slot.

The music is a techno track that sounds like an early 2000s sci-fi film. It's not necessarily a bad thing but a little unexpected. This doesn't ruin the gameplay but doesn't come as a surprise.

Moon Princess doesn't follow the traditional online slot payline system as you win by forming groups of symbols (at least 3). Despite this, the gameplay is easy to follow with everything explained.

The bottom of the reels is designed to fit in with the theme of the slot and feature all the necessary menus. From the bet level, autospin and spin button - they can all be found at the bottom right of the reels.

This is a high volatility slot with a great RTP of 96.00%. The maximum win of the slot is 5,000x your stake and can be achieved by increasing the multiplier by x20!

There's no denying that the design and aesthetic of this slot isn't something that has been explored in online slots. It's fun and visually appealing to watch wins match up.

Overall, the design and gameplay are pretty innovative but it's the win potential that lets it down. The maximum win is 5,000x your stake - which isn't a lot for a modern online slot. We'd recommend that you give Moon Princess a spin, but maybe temper your expectations with your wins.

Play Moon Princess now at the following verified online slot sites. These slot sites have been thoroughly audited and reviewed by us to ensure they offer an exceptional user experience, are trustworthy, safe, secure, and boast the best variation of online slots in their portfolio including Moon Princess:-

Enjoyed Moon Princess? Here's a handful of similar slots we think you'll like too. These online slots have been chosen based on features and themes similar to Moon Princess. You might also want to check out other Play'n GO slots.