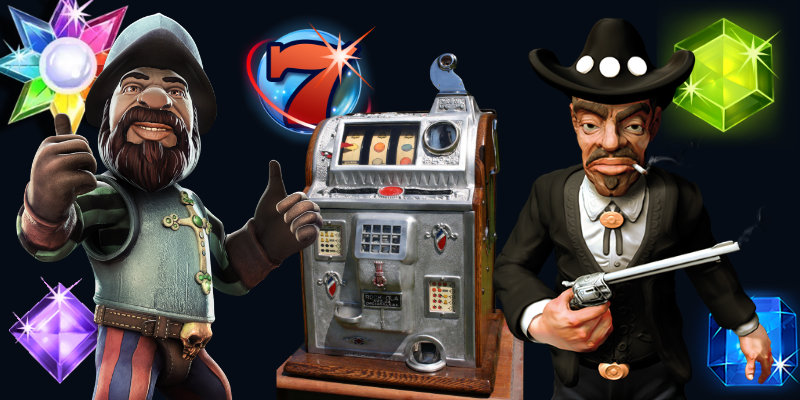 How slot games have evolved over the last two decades

Just as mobile phones have gotten smaller (and bigger again) and televisions have gotten wider (and thinner) over the last twenty or so years, new online slots have had to adapt in terms of design to meet the needs and expectations of thousands of players around the world, which has been no small task!

Like all things moulded by technology, online slots have gone through various stages of change over the years as they've evolved to fit with the times and trends. This article takes a look at how online slot design and themes have changed over the years, from humble beginnings in the late 1990s, all the way to today. 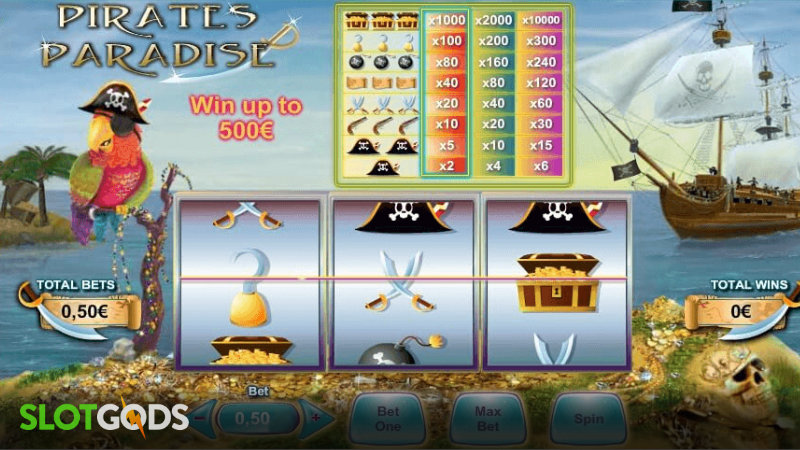 The very first online slot called Cash Splash was released by Microgaming way back in 1998, this slot marked the first time a slot developer had opened the door to software aficionados, giving them the opportunity to bring popular slot games from the casino floor onto the internet.

Cash Splash, was as you'd expect, a typical Vegas-themed slot in terms of design. This slot was truly what you'd describe as vintage, it solely featured classic low paying symbols such as 10, J, Q, K, A and old-school high paying such as 7, BAR and a cherry. It's worth noting that this slot had no bonus features or mechanics other than a progressive jackpot. Basically, Microgaming had taken what players already recognised from the casino and had placed it online.

Not long after Cash Splash went live a handful of new online slot games, again developed by Microgaming, entered the market. These primitive games (including Pirates Paradise, Martian Money and Pharaoh's Fortune) were heavily themed, but still pretty much looked like they'd been pulled straight from the slots floor of the MGM Grand, Caesars Palace or Venetian Casino in Las Vegas. 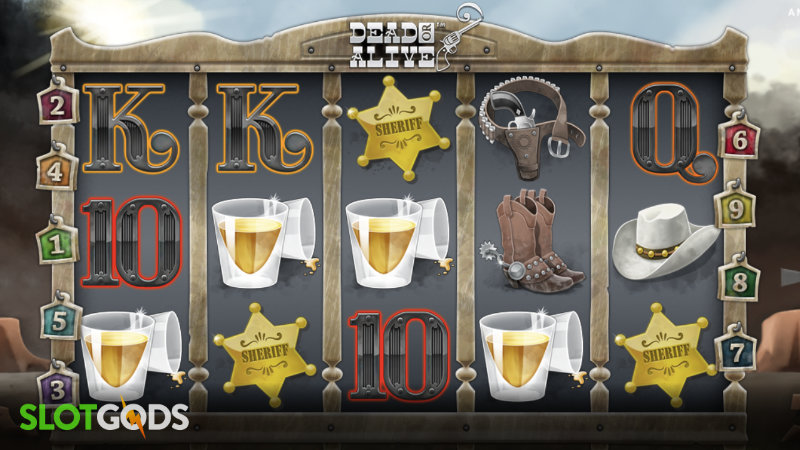 More and more developers slowly crept onto the scene in the mid-2000s, all wanting a piece of what was turning out to be a very lucrative industry, casinos and players alike couldn't quite get enough of all the exciting slots on offer, business was booming.

With this new influx of developers came a significant influx of creativity, new games with unique themes and designs were being released week after week... Gone were the days when every game emulated a physical slot machine cabinet, bearing the same symbols seen on games throughout the last century.

Instead, companies such as Playtech, NetEnt and RealTime Gaming were giving players fantastic, creative titles such as Gladiator (one of the first popular branded online slots), Dead or Alive and Aztec Millions. Naturally, there was still plenty of room for improvement, as a very large chunk of the games released during this five year period were either Egyptian, wealth or adventure-themed.

Frustratingly, developers often witnessed competitors do exceedingly well with certain games, so, in turn, they ended up copying them in the hopes of gaining a quick win themselves... This is how we ended up with 1,001 repetitive slots with the same old theme... Unfortunately, this isn't a trend that has stopped and still continues today, just not quite as aggressively as it did back then. 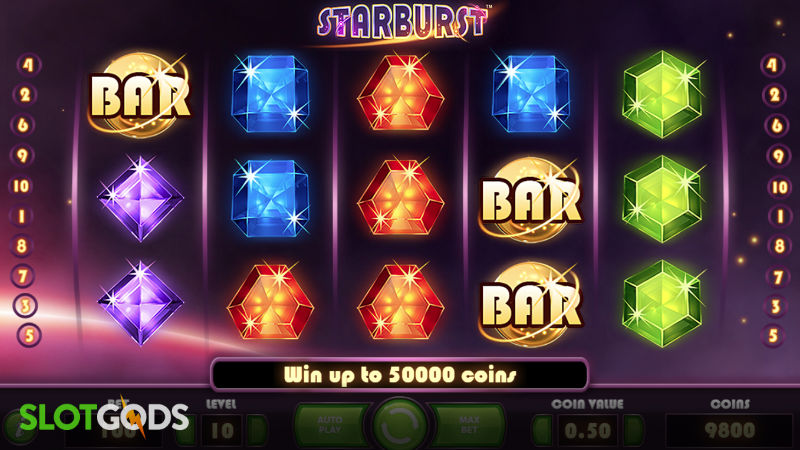 2010 to 2015 saw a massive boom in the number of online slot games that were released, and of course, when you have so many new games coming out from so many different developers, there's going to be a few gems hidden amongst them, and these magical five years really did not disappoint one bit.

During this time NetEnt really came into its own. The slot superbrand released a number of games that were widely considered by many to be amongst the very best online slots of all time. Top NetEnt slots that came out around this time include Gonzo's Quest, Starburst, Twin Spin and Hall of Gods.

Of course, NetEnt weren't the only big player making moves at this time, it's also when Playtech, Yggdrasil, Blueprint Gaming and Play'n GO all started to raise eyebrows with their memorable, well-designed titles.

These developers also released some truly iconic games during this period including Rich Wilde and the Aztec Idols, Vikings Go Wild, Wish Upon a Jackpot and Jackpot Giant... These are all widely known for having incredibly unique character design and a lot of thought behind their overall design, soundtracks and theme. Ultimately, this heralded a new era in online slots that showed that these development teams could be just as creative as those making major video games for major consoles. With their feet comfortably under the table, many slot developers looked to really cement their legacies in the years between 2015 and 2020. These years saw thousands upon thousands of creatively designed games hit casino lobbies across the internet. However, what was most notable during this time period was the trend of developers creating titles that stretched out into multiple games, thus creating popular slot series.

During this five year period some absolutely incredible series started to really take the iGaming world by storm, these include the Age of the Gods Series, DC Super Heroes Series, NetEnt Rocks series and the Rich Wilde series.

Having realised that slot players enjoy continuity and familiarity, developers also began making games that shared the same unique design, mechanics and bonuses, the most famous example of this is of course Megaways slots. These are slots that may not always look alike, but all share the same mechanics that see them a boast seriously significant number of paylines that can reach into the millions.

It would be unfair to say these five years were solely about series and Megaways slots, but it's difficult to argue that the focus wasn't mainly on them 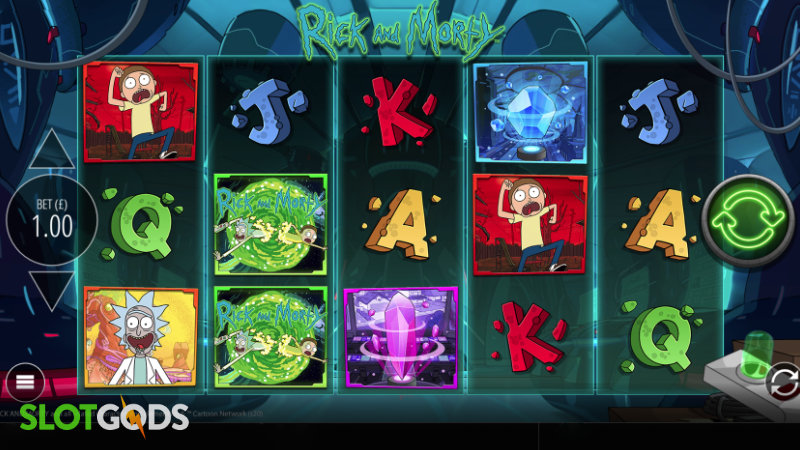 It's fair to say that mainstream pop culture has slowly been creeping into online slots over the years, with a whole host of games based on popular movies, bands and musicians, however, this trend is no more evident than right now! Since 2020 we've been lucky enough to have access to a number of online slots that feature some HUGE names, most notably Rick and Morty and Gordan Ramsay.

The release of Rick and Morty Megaways, Rick and Morty Rick and Morty Wubba Lubba Dub Dub and Hell's Kitchen marked a monumental shift in the kind of slot games we might see going forward, household names that are relevant right now are attaching themselves to big-budget headline slots, which is a little crazy when you stop and really think about it.

We're not exactly sure what the next trend in online slot design and themes will be after this mini pop culture explosion passes, but one thing is for sure... We're very excited to find out!