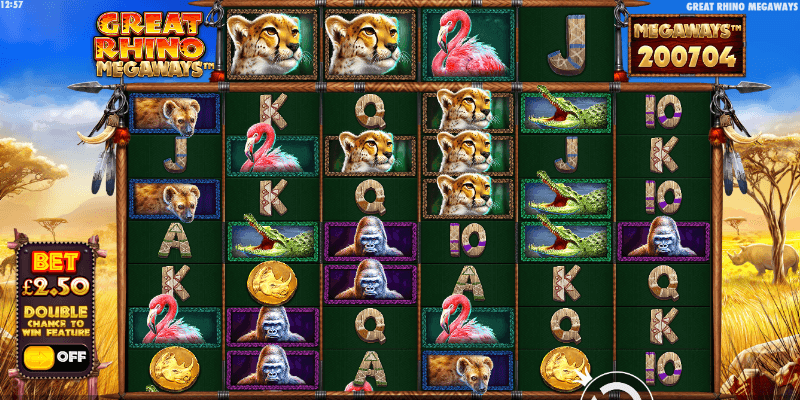 An in-depth glossary of everything you could need to know about online slots and slot sites!

The world of online slots is a lot bigger and a lot more complex than you might have initially realised. Gone are the days where players press a button or pull a lever, spinning the reels in hope of 3 landing matching symbols… There’s a lot more to slots nowadays!

Don’t worry though, we understand that getting to grips with online slot terminology can be a little bit overwhelming, especially if you’re a relative newcomer to the world of slots and online casinos… So to help, we’ve compiled a glossary of everything you could ever need to know!

Perhaps you’ve come to this article in search of a specific word or phrase you’re not quite familiar with? Try using the Ctrl+F function to find exactly what you’re looking for right away!

3-Reel Slot: An online slot that has 3 active rows of symbols across 3 active reels.

5-Reel Slot: An online slot that has 5 active rows of symbols across 5 active reels.

Active Payline: How many paylines are currently active during a single spin. Paylines are more often than not determined by how much money the player is wagering, however, some games have fixed paylines set in place.

Annuity: If a player was to win a large jackpot they may well be paid in annuity, which is where the money is paid over the course of many months or years, rather than as a lump sum.

Autospin: Autospin is a feature that allows the game to automatically play on its own for a predetermined number of spins, set to specific terms. These terms are the amount of money being bet per spin and how much money can be won or lost.

Bankroll: Bankroll refers to how much money an individual player has/is willing to play with.

Base Game: When referring to the base game, we are talking about the standard online slot gameplay without any bonus rounds being unlocked.

Bet: A bet is the amount of money that the player would like to wager on a spin.

Big Hit: Another term for a player enjoying a big win/large payout from an online slot.

Bonus: A bonus is an offer that is utilised by a casino to entice a player to sign up and play online slots and casino games at their site. Usually, a bonus will offer players free spins, bonus cash or something similar.

Bonus Round: A bonus round is a special round in an online slot game that is usually unlocked by landing three identical special symbols across the reels known as scatter symbols. These rounds are free spins or unique mini-games that usually see players win significantly more money than they would during the base game.

Buy Feature: The Buy Feature, also known as a Feature Buy is a mechanic built into online slot games that allows players to jump straight to the game’s bonus round for a set amount of money. Players in the United Kingdom cannot use the Buy Feature as it is banned by the Gambling Commission

Branded Slot: A branded slot is a slot that is based on a real-life entity, such as a popular television or game show. Examples of this are Narcos Video Slot, Monopoly Megaways and Deal or No Deal Lightning Spins

Cascading Reels: An online slot mechanic in which winning-combinations are removed from the game reels only to be replaced by symbols from above

Cashback: An incentive offered by some casinos that sees players win back a proportion of the money that has been lost whilst playing online slots and casino games earlier in the week.

Coins: Rather than show players their balance in an online slot, some games will convert it into coins, which are used as an alternative betting currency for that game alone.

Coin Size: The amount of money being wagered on a single spin.

Cold Slot: A slot referred to as a ‘Cold Slot’ isn’t paying out very often and is on a bad streak. This may well be because it has recently paid out a large sum of money.

Collect: Often seen in old-school slot machines and some older online slot games, the collect button allows players to collect their winnings, transferring it into real cash / their balance.

Credits: Rather than show players their balance in an online slot, some games will convert it into credits. This is essentially the same as coins.

Denomination: The denomination is the amount of money (or the number of coins or credits) a player is wagering per spin.

Fixed Jackpot: A fixed jackpot will always pay out the same fixed amount. This is regardless of how often the jackpot is won, or how many players are playing it at any given time.

Free Spins: Free spins are exactly as the name suggests. Spins on an online slot that do not cost the player any money. These can be gained in one of two ways, through an online slot bonus game or via a casino promotion/welcome offer

Fruit Machine: A fruit machine is the name of the classic physical slot machines often found in pubs and bars in the United Kingdom. They get their name from the fact that the symbols on the reels are fruits such as cherries, lemons and watermelons.

Gamble: The act of wagering money in the hope of winning something back.

Gamble Feature: A mechanic built into some online slots that allow players to gamble the money earned from a winning spin to double, or quadruple it. More often than not this is done by picking the correct colour or suit from a deck of playing cards.

Hit: Hit is another term for a winning spin.

Hot Slots: Hot slots are games that players perceive to be on a ‘hot’ streak which are generously paying fast and often.

iGaming: The term given the online slots industry as a whole.

Jackpot: The jackpot refers to the top prize of an online slot game. It could also refer to a separate jackpot linked to the slot that can be triggered randomly during gameplay.

Jackpot Slot: A jackpot slot is an online slot that has a lucrative jackpot built into it that can be won by players at any time. Even though the top prize of a slot is referred to as a jackpot, not all slots are considered jackpot slots.

Low Volatility: Low volatility online slots are slots that tend to pay out smaller sums of money to players at more regular intervals compared to medium and high volatility slots

Megaways: Megaways are a type of online slot originally with dynamic reels developed by Big Time Gaming that offer players 116,749 ways to win (paylines) as opposed to a standard game.

MGA: MGA stands for the Malta Gaming Authority, a respected regulatory body that licenses a number of online casinos and online slot developers to operate.

Multi-line: Multi-line is when a player places a wager on more than one payline. A multi-line win would be significantly greater than a win across just a single payline.

Payline: A payline is an invisible line that runs across the game screen. If several matching slot symbols appear along one of these invisible lines then a win is awarded to the player. Slots can have multiple paylines and they’re usually only activated when a player places a wager on them.

Payout: A payout is when the player receives money (their winnings) for successfully landing a winning spin on an online slot.

Pay Table: A Pay Table is a screen found on all online slots that explains each symbol's value based on how many land on the reels at any given time.

Penny Slots: Penny slots are online slots that allow players to bet just a single penny as the minimum bet, these are perfect for players with a low bankroll.

Pick and Click: Pick and Click is a type of bonus built into some online slots. Players are shown a number of symbols with prizes hidden behind them. Players must pick one or more, clicking them to reveal a prize. This is often used to determine how much is won from a jackpot.

Pokies: Pokies is Australian slang for a slot machine.

Progressive Jackpot: A progressive jackpot is a jackpot that slowly builds in value as numerous players from around the world wager money on it. A small percentage of everyone’s bet goes towards growing the overall jackpot prize.

Reels: Reels are the most important element of any online slot. Every online slot has a set of reels that are adorned with game symbols. When players make a wager the reels spin and come to a stop on their own determining whether the player has won or lost

Rows: A row is a horizontal line of symbols on the reels.

Return to Player (RTP): The return to player signifies the percentage of money that a player can expect to win back from the casino over time. 100% Return to Player would mean players' chances of winning money are equal to that of the casino. On average most fair online slots have an RTP around 96%, but it can vary wildly based on mechanics and jackpots.

Scatter: A scatter is a special symbol that many online slots utilise. When three scatter symbols land on the reels they activate the game’s bonus / free spins round. Scatters do not form winning combinations, nor do they have a monetary value.

Slot Tournament: A slot tournament is an event in which players can pay to enter a competitive tournament in which entrants are given a set amount of spins on an online slot. The player that finishes with the most amount of money (which they do not keep) after a certain timeframe will win a fixed prize. Often there are prizes for those who finish second and third as well.

Spin: A spin occurs when the player hits the play button on an online slot. The reels spin and stop on their own, revealing whether the player has won or lost.

Streak: A streak refers to when a player has registered consecutive wins in a row.

Symbols: Symbols are the images that adorn the reels on an online slot. Players must match symbols in order to register a winning spin.

UKGC: UKGC stands for the United Kingdom Gambling Commission, a world-renowned regulatory body that licenses a number of online casinos and online slot developers to operate.

Variance: Variance (also known as volatility) refers to the predictability of an online casino game and how often it will payout to the player.

Video Slot: A Video Slot is the name given to online slots that grew in popularity alongside the growth of the internet. These slots make use of animated reels rather than physical ones and feature flashy and exciting bonus mechanics.

Volatility: Volatility (also known as variance) refers to the predictability of an online casino game and how often it will payout to the player.

Wager: A wager is an alternative word for a bet. Players place a wager on an online slot every time they opt to make a spin.

Wagering Requirements: A wagering requirement is a condition that online casinos impose on their bonuses in order to prevent players from abusing them. It means players have to play through a bonus/winnings multiple times before anything can be withdrawn.

Wild: A wild is a special symbol in online slots that automatically substitute for any other symbol in-game (other than scatter symbols), wilds can lead to lucrative wins.