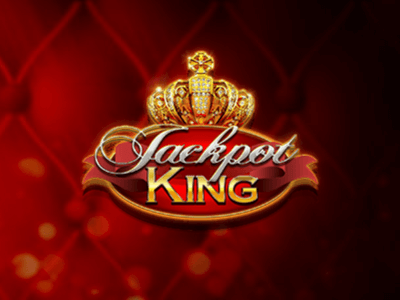 Blueprint Gaming's Jackpot King network is a selection of Blueprint Gaming's best online slots that have a highly lucrative three-tier progressive jackpot placed on top of them. So if you find yourself at the right casino you could be playing your favourite games with the added extra of winning a life-changing jackpot prize!

A modest selection of Blueprint Gaming’s most popular titles make up the Jackpot King roster. Here you’ll find true classics such as Fishin’ Frenzy, Wish Upon a Jackpot and The Goonies, as well as popular Megaways slots such as Tiki Treasures Megaways and Deal or No Deal Megaways!

It's quite clear that the games featured as part of the Jackpot King networked progressive jackpot are considered the very best, as a result, you won't see too many new Blueprint Gaming slots added to the Jackpot King Roster.

You have to trust us when we say, all of the slots featured here at well worth your time, regardless of whether you're lucky enough to win a jackpot or not! You'll find Megaways slots here as well as a whole host of games filled to the brim with innovative mechanics and features such as wilds, multipliers, free spins and exciting bonus games.

The Jackpot King progressive jackpot is a networked jackpot developed by veteran iGaming iGaming developers Blueprint Gaming. The studio are renowned for releasing a strong catalogue of hit online slots, including a number of branded titles such as Deal or No Deal Megaways, Ted, The Goonies, Top Cat and Worms Reloaded.

There are a total of three different networked progressive jackpots that are available to be won at any time, on any spin, these jackpots are as follows:

What truly makes the Jackpot King progressive jackpot stand out from the rest is the fact that it’s not just limited to being won on slot games, like most standard networked jackpots.

Jackpot King jackpots can be won on a selection of fantastic Blueprint Gaming slots as well as scratch cards and card games, what’s more, the overall prize pots grow significantly quicker down to the fact that a percentage of bets come from these additional games.

How do you trigger the Jackpot King jackpot?

What happens when the Jackpot King jackpot bonus is triggered?

A new game screen will load showing a 5 reel slot, the aim is to collect as many crown symbols as possible during a single spin. The amount of crown symbols you receive determines the overall amount your initial stake is multiplied by.

There are 11 rungs on the Jackpot King ladder with the lowest prize being 5x your initial stake and the biggest being 20x your initial stake. After each spin you will be asked to pick a jewel, this jewel will determine whether you collect your multiplier you continue spinning and accumulating crowns.

If you manage to rack up consecutive spins, earning more than 15 crown symbols then you will launch the Wheel King game, this is what gives you the opportunity to win one of three progressive jackpots as well as much higher multipliers.

A single large reel will spin and stop on one of several different segments. These segments are made up larger multipliers ranging from 30x to 1000x your initial stake and one of the three progressive jackpots the Royal, Regal and Jackpot King.

If you like to diversify your gameplay by getting stuck into a wide variety of different jackpot slots like you can with Blueprint Gaming's Jackpot King, then you'll definitely want to play Daily/Network Jackpots.

Not all jackpots are networked and spread across multiple online slots like they are with Blueprint Gaming's Jackpot King network. There are plenty of games that are known for offering players the chance to win huge sums of money by playing that slot, and that slot only!