Deal or No Deal Megaways

Deal or No Deal Megaways is a 6-reel, 117,649 ways to win slot from Blueprint Gaming. This branded title sees every win trigger a cascade, meaning several new winning combinations can appear without players paying for a spin! Every cascade also sees players take a step towards triggering one of three Deal or No Deal pick and click games that emulates the famous game-show. There's also a lucrative free spins round that sees mystery symbols added to reels, whilst an unlimited win multiplier grows after each and every reaction.

Play Deal or No Deal Megaways

Jump straight into the action and play Deal or No Deal Megaways now at the following fully licenced UK slot sites. These slot sites have been thoroughly audited and reviewed by the team here at Slot Gods to ensure they offer an exceptional user experience, are trustworthy, safe, secure, and boast the best selection of online slots in their portfolio including Deal or No Deal Megaways...

Deal or No Deal Megaways Features

This fantastic slot features cascading wins. This sees symbols that form any winning combination disappear and be replaced by new ones that fall into their place. If this creates another winning combination, the process will repeat until you players stop matching symbols.

If players manage 4 or more consecutive cascading symbols then they'll trigger one of the Deal or No Deal Bonus games (that see you play your own game of Deal or No Deal) by way of the bonus trail.

The bonus game sees players get to pick boxes one-by-one until they're left with one, which rewards them with a set prize, however, they will get a call from the banker offering them a deal. It's up to them whether they take it or play on.

In total there are three different bonus rounds players can trigger, these are as follows:

In terms of free spins, players can trigger free spins up to 30 of them thanks to the boxes in the Deal or No Deal bonus game.

During these free spins, a win multiplier will increase by 1x each time there's a cascade, this can potentially last forever as long as the symbols are being removed from the game... So you can rack up some very hefty wins this way.

Finally, it's worth knowing that Deal or No Deal Megaways is part of the Jackpot King network, this means players can win one of three very lucrative progressive jackpots, these are: 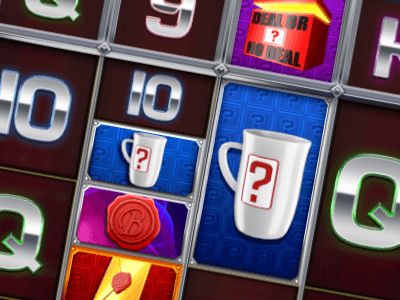 Whenever a winning combination happens the winning symbols are removed from the game, allowing for new ones to fall into place, essentially rewarding players with a free re-spin. 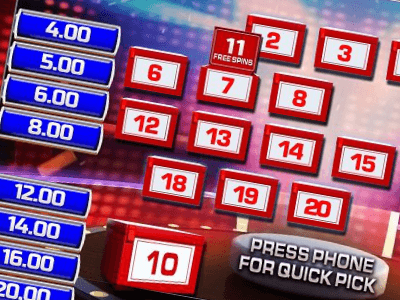 When players trigger 4 or more consecutive cascades then they'll trigger one of the 3 Deal or No Deal Bonus games that are sat on the bonus trail, these can award cash prizes and free spins. 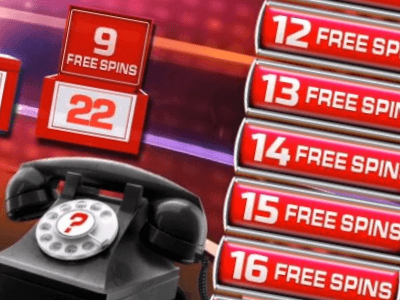 Players can unlock up to 30 free spins as a result of the Deal or No Deal Bonus game. These free spins come with an unlimited win multiplier that kicks in after every consecutive cascade. 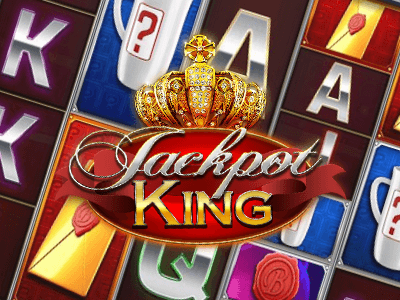 Deal or No Deal Megaways Review

Deal or No Deal Megaways is a 6-reel, 117,649 ways to win Megaways slot developed by Blueprint Gaming that's of course inspired by the iconic game show of the same name.

This hit slot not only utilises the much-loved Megaways engine, but it also plays host to an incredibly lucrative progressive jackpot, bonus trail feature, and an unlimited win multiplier that kicks in after every single reaction.

We're not entirely convinced by the design of Deal or No Deal Megaways, we'd hoped it would emulate the show a little bit more than it does. Behind the reels is some red studio lighting, and the symbols are somewhat related to the show, that's it.

Low paying something are your standard royal card suit, 9, 10, J, K, Q, A and your high paying symbols are a mug with a question mark on it, a wax seal, an envelope and a Deal or No Deal Box. It's only the Deal or No Deal box that has any real connection to the show itself.

The only place that this slot really redeems itself in terms of design is with the bonus trail, as these boxes actually replicate something we see in the real Deal or No Deal show.

The music is incredibly short, generic and on a loop, so prepare to listen to it for a very long time as it never really ends!

Deal or no Deal Megaways has its reels laid out in a traditional Megaways manner, with an additional small row of symbols (that spin horizontally) covering reels 2, 3, 4 and 5 at the very top of the game screen, helping unlock more winning paylines.

On the left-hand side of the game screen, there's an info button that displays the game information and paytable, as well as the bonus trail.

Players can also win a maximum of 10,000x their initial stake, which is pretty generous.

Deal or No Deal Megaways is filled to the brim with bonus features and mechanics, which of course is very important! It also has a really decent win potential for a progressive jackpot slot.

The only downside of this slot is that it doesn't really stay true to its name as a Deal or No Deal branded game, it falls short in terms of design and that killed the immersion for us.

Play Deal or No Deal Megaways