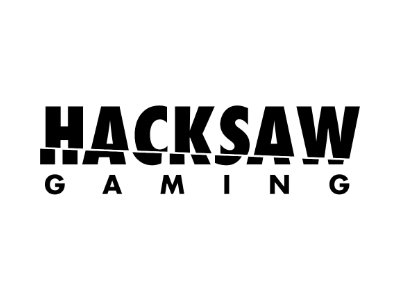 They may be new, but Hacksaw Gaming has already made a huge mark on the industry. From outstanding titles such as Stick ‘Em and Chaos Crew, Hacksaw Gaming are definitely a developer to watch out for. If you want original slots with refreshing visuals, cool music and invigorating gameplay, then Hacksaw Gaming is the one for you.

If you are wanting the best of Hacksaw Gaming, then you are in the right place. These are the best online slots that Hacksaw Gaming have to offer. Here you'll find our selection of the highest-rated slots from our expert team that offer the best in features, design, gameplay and win potential.

Not only do we have the best from Hacksaw Gaming, but we also make sure that we are up to date with their latest online slots. You can be amongst the first to see and play these amazing titles! All of these slots have been playtested and vetted through our extensive review process, so you can be assured that these slots are safe, reliable and enjoyable to play.

What's worse than finding an online slot that sounds perfect for you and not knowing where to play it? Thankfully, you won't have to find out as we've done all the hard work for you and searched the internet for the best collection of online casinos that are worth your time.

Each of these slot sites contains an amazing user interface making it easy to navigate and an impressive game selection meaning that you can play all your favourite Hacksaw Gaming slots.

You can be assured that these slot sites have been independently audited by us meaning that they are properly licenced, regulated and reliable - so you can play your favourite Hacksaw Gaming slots without worry.

In 2019, they formed a deal with Relax Gaming to go live on their platform and their first slot, Stick ‘Em, was released shortly afterwards. Soon after, Hacksaw Gaming integrated with iSoftBet and Microgaming platforms to showcase their slots to an even bigger audience!

The biggest slots include Stick ‘Em, Cubes, Chaos Crew, Stack ‘Em, Rocket Reels and Wanted Dead or Alive. All of their slots are completely imaginative in terms of design and features. On top of that, they are renowned for their music with it being self-proclaimed as the best music in the iGaming industry.

Hacksaw Gaming has even been nominated for various awards from distinguished authorities such as Malta Gaming Awards, EGR Global Nordics and Casino Beats Game Developer Awards. They even won a bronze award for the Game Soundtrack with Chaos Crew!

Whilst, they may be a new developer, they have over 75 games with 120 partners in 10 regulated markets and they are constantly growing. If you want innovative slots with amazing soundtracks and exciting gameplay, then Hacksaw Gaming is one to check out.