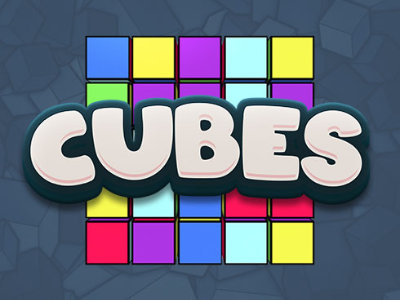 Inspired by the famous Rubik's Cube created by Ernő Rubik in 1974, Cubes is an online slot that plays on a grid of 5x5 with various cubes on the reels. Developed by Hacksaw Gaming, this slot features the Cluster Pays system to match up at least 5 of the same colours to make a win.

With an expanding grid, multipliers, free spins and colour blasts - you'll be landing winning combinations in no time. For a simplistic but fascinating slot, check out Hacksaw Gaming's Cubes.

“ Simplistic in nature but intrigues with the enthralling gameplay ”

Each spin in the base game contains a multiplier that is hidden within the middle cube. Naturally, if this is part of a winning cluster, then the win is multiplied by the number shown. Every cube within the cluster containing the middle multiplier adds 1 to the multiplier with a maximum being x22. Every time you land a win, the grid expands and keeps expanding until there are no more wins.

Managing to land 5 clusters in different colours will trigger 10 free spins and a random colour. The wins with that colour are sticky for the duration of free spins and the size of the grid is sticky, therefore it does not shrink back down. If you manage to land a cluster of 70 cubes in the free spins mode, you'll be awarded an instant 2,500x your stake. 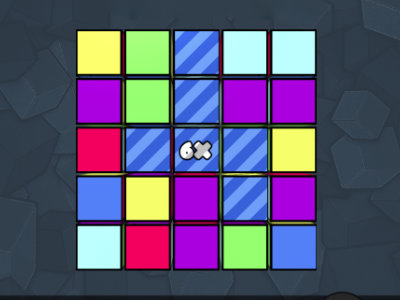 In the middle of clusters, there is a multiplier that is applied to winning combinations. The multiplier is calculated on how many cubes are in the cluster and can reach up to x22 in multipliers. 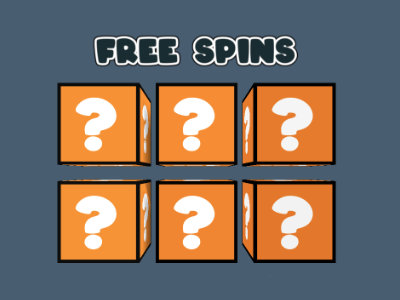 Landing 5 clusters in different colours will trigger up to 10 free spins. One colour will be proclaimed as sticky for the duration of the feature and the grid doesn't shrink either.

There's a reason that Rubik's Cubes are so popular - it's because they are seemingly simple but full of intrigue. That's exactly the case with Hacksaw Gaming's Cubes. Inspired by the Rubik's Cube, this slot plays on a grid of 5x5 with various cubes on screen that match together for form cluster wins.

The only way to describe this slot is minimalistic but stylish. There is a background full of geometric shapes that are primarily cubes. On the reels, there are cubes that form up the grid with seven different colours that match up and expand with wins. When you do expand the grid, the CUBES at the top of the screen lights up which is a cute little detail.

In terms of visuals, that's about it for the slot. The music is soft with a xylophone in the background which is relaxing but definitely gives it a more retro feeling. Ultimately, the design of this slot is appealing to look at and a delight on the ears.

Cubes uses the Cluster Pays mechanic which matches up symbols of 5 or more of the same colours for wins. All you need to know to play this slot is how to spin and what your bankroll is.

Hacksaw Gaming's Cubes features medium volatility gameplay mixed with an RTP of 96.35%. The RTP is of an acceptable level as it's over the average standard of 96%.

As for the maximum win, you can find wins of up to 3,000x your stake. Ultimately, this isn't an astounding amount, but it will lead to some satisfying amounts with the multipliers and bets going up to 100.00.

There's not a whole lot to Cubes, but that doesn't necessarily mean that it's a bad slot. It's the opposite actually with the stunning visuals mixed with intriguing gameplay.

Who would've thought that playing with cubed shapes would be so entertaining and satisfying to play? The only downside is the maximum win of 3,000x your stake, but it's not too much of an issue throughout with the multipliers giving you decent wins throughout.

This is definitely showing Hacksaw Gaming at their best with non-complicated gameplay that features imaginative design mixed with fascinating features. Give Cubes a spin and you definitely won't regret it.

Play Cubes now at the following verified online slot sites. These slot sites have been thoroughly audited and reviewed by us to ensure they offer an exceptional user experience, are trustworthy, safe, secure, and boast the best variation of online slots in their portfolio including Cubes:-

Enjoyed Cubes? Here's a handful of similar slots we think you'll like too. These online slots have been chosen based on features and themes similar to Cubes. You might also want to check out other Hacksaw Gaming slots.