The cop-due are back patrolling the mean streets of 80s Miami in Hotline 2 and this time they mean business. This cool slot takes you back to the city of crime, glamour and riches. The slot stays true to the original with a retro look and plenty of cool characters. Played across 5 reels and 30 pay lines, this NetEnt title packs in a lot of high paying symbols, free spins and a new hotline zone.

“ Better and hotter than the original full of enticing features ”

Hotline 2 takes you on another thrilling ride through the Miami underworld where payouts are frequent and the fun is non-stop. The video slot has rad looks, exciting features and awesome win potential. Let’s take a look at the thrills and spills of the new and improved Hotline 2 slot from NetEnt. 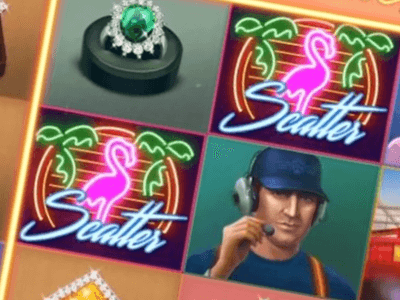 Hit 3 flamingo scatter symbols and you’ll trigger the free spins round. You’ll start off with 7 free spins boasting 243 ways to win but when the wilds fall on the reels you can grab more spins and boost the game’s ways to win to 1944. 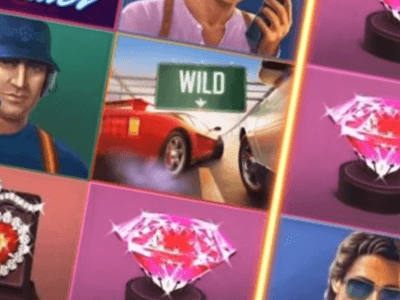 The wild symbol is the flash cars with regular wilds and expanding wilds both available within the game. Landing a wild symbol on the hotline will result in some awesome wild expansion action. 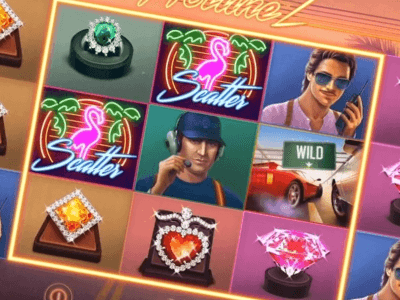 The main bonus feature has seen an upgrade since the original Hotline slot. The hotline zone is the 3 central reels and when wilds land, they expand and also substitute adjacent symbols for more enhanced payouts.

NetEnt’s Hotline 2 takes you back to 80s Miami where you’re speeding through a twilight Miami backdrop with a cool retro soundtrack to up the excitement. You will ride along with Detectives Quinn and Riviera who are quite obviously based on Sonny Crockett and Ricardo Tubbs from Miami Vice. The reels are rampant with mysterious characters, gems and plenty of rewards.

Regardless of whether you’re a fan of the Miami Vice TV show it’s based on, the fast-paced slot action is sure to be a hit with any slot enthusiast. The game has been heavily pushed by many top online casinos and it’s pretty obvious why - it’s just awesome!

Rev your way across the 5 reels and 30 pay lines and you could cruise up to payouts of more than 5,184x your stake. There are plenty of wins to pick up during the action-packed adventure of chasing down a beautiful mastermind jewel thief. Full of wilds, free spins and other generous symbols, the game is sure to keep you fully immersed.

Just as you would expect from the industry experts at NetEnt, Hotline II delivers stunning visuals and awesome 80s beats. The game itself maintains the same style as the original Hotline slot with smoothly animated images and light colours.

You certainly feel the Miami vibe in this game, the slot oozes cool and brands itself perfectly when it comes to the 80s retro reels. The graphics feature sunsets, sports cars, gems and everything you would expect to see in the Miami underworld. The soundtrack makes you feel like you’re breezing through the streets of Miami in your flash sports car, ready to take on some action.

The backdrop puts you in the road, speeding by the seaside while the sun sets and palm trees breeze in the wind. The slot design is pretty much flawless, everything works incredibly well together and really makes you feel like you’re right there in your own Miami adventure.

Hitting the wilds will bring a captivating animation with some upbeat sounds. The game controls don’t look out of place and have been designed to seamlessly fit in with the rest of the slot's 80s appearance.

The gameplay is fast and fun with 5 sharp reels to spin. The spin control is centralised under the reels and doesn’t bring your eye away from the slot action. The win amount, real money balance and audio control are clearly displayed on the right of the spin button while the bet amount is on the left. You can also set the controls with up to 100 auto spins and a bet amount between £0.20 and £50.

Everything is very clear and intuitive; the hotline reels are also lit up when the wild is hit and it's easy to see that the three central reels are the hotline zone.

Hotline 2 doesn’t have a huge progressive jackpot prize, but it does offer some good jackpots to play for. This a medium variance slot with a respectable 96.05% RTP. The 5 reels have a 243 win ways in the base game and 1944 paylines during the free spins feature, where you can scoop payouts of more than 5,184x the stake.

Although the payout percentage is slightly lower than the original Hotline slot and other mainstream slots, it still boasts regular payouts to keep the action interesting. The hotline zone is where the big rewards are and when those wilds land in the central reels, you can hit some excellent wins.

The sequel to the popular Hotline slot has earned as much attention as the original and proved to be a big hit on its release. The slot game has a cool, relaxing and yet action-packed vibe that many slots can’t touch. The game really engages you into a world where riches are for the taking and cool is a way of life. Hotline 2 is one of NetEnt’s more recent successes and is sure to stick around for some time. The game is used frequently in casino promotions and often finds its way on the casino’s home page banners. Hotline 2 is a sequel that betters the original.

Play Hotline 2 now at the following verified online slot sites. These slot sites have been thoroughly audited and reviewed by us to ensure they offer an exceptional user experience, are trustworthy, safe, secure, and boast the best variation of online slots in their portfolio including Hotline 2:-

Enjoyed Hotline 2? Here's a handful of similar slots we think you'll like too. These online slots have been chosen based on features and themes similar to Hotline 2. You might also want to check out other NetEnt slots.