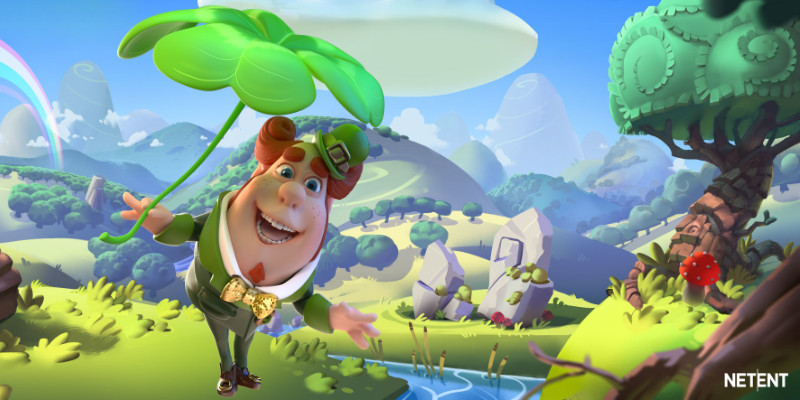 If there’s one thing online slot developers can take from their companions in the video game world, it’s that having a strong character for their players to get behind can help bolster a brand.

We’ve seen Mario, Sonic and Master Chief all bring life to Nintendo, Sega and Xbox respectively, and over here in the iGaming sphere we’ve seen a handful of memorable characters help boost the profile of online slot studios as well.

This article will take a look at some of the most popular and memorable characters you’ll find within multiple online slots available to play at your favourite online casinos right now. 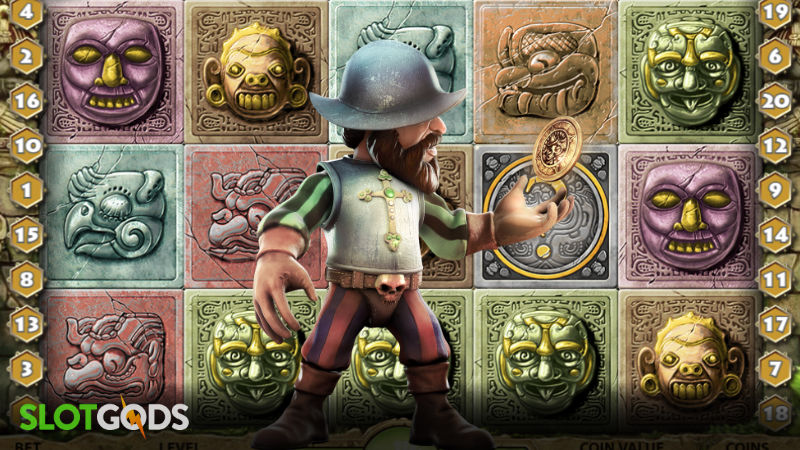 It would be totally wrong of us not to write a list exploring the most iconic online slot characters and not start with Gonzalo Pizarro, arguably the most famous character of them all.

Gonzalo Pizarro, more commonly known as Gonzo is based on a real-life 16th-century Spanish Conquistador, and the brother of the famous Francisco Gonzalo, conqueror of the Inca Empire.

Upon loading the game you’re transported to the coast of Peru in the year 1541, where you watch a cutscene that sees the famed explorer sneakily escape a galleon full of his comrades to make a break for it and go on a solo-hunt for the mythical lost city of Eldorado.

His actions during the cutscene might make Gonzo seem like quite an unscrupulous character, but this couldn’t be further from the truth which you’ll see once the gameplay starts as he bounces around the screen keeping players entertained as they spin the reels!

NetEnt’s most famous son has appeared in three titles so far, Gonzo’s Quest, Gonzo’s Quest Megaways and the ill-fated Gonzo’s Quest VR… There’s no doubt whatsoever that we’ll see him in brand new iterations in the not so distant future. 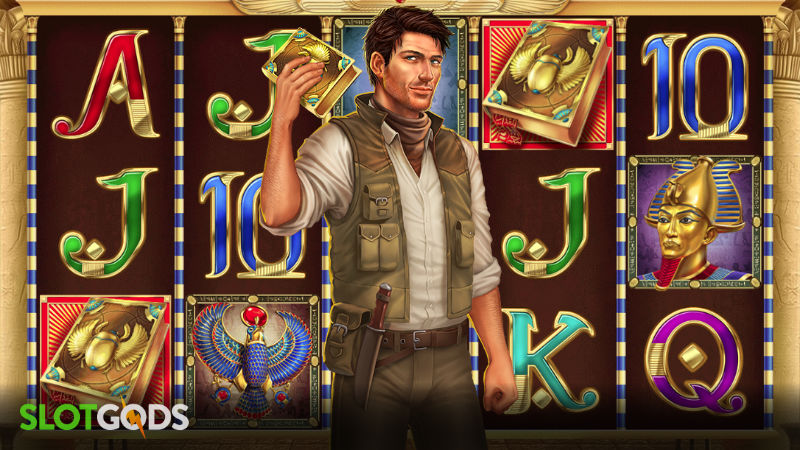 Play’n GO’s Rich Wilde is a character that’s absolutely everywhere right now, we just can’t seem to get enough of him on our screens! Much like Gonzo, Rich Wilde is an explorer in search of untold riches… However, Rich Wilde can boast a much more storied history, having been on the hunt for riches across several ancient civilizations around the globe.

The first game in the iconic Rich Wilde series was ‘Rich Wilde and the Aztec Idols’ which saw the Indiana Jones-inspired explorer tackle the South American jungles in an attempt to find Aztec gold.

His second trip took him East into the mysterious Indian Mountains in what is probably his least popular adventure ‘Rich Wilde and the Pearls of India’.

It’s Wilde’s third journey that has managed to capture the imagination of millions of players around the world. Rich Wilde’s dangerous trip to Egypt was chronicled in ‘Rich Wilde and the Book of Dead’... A game that is largely considered to be one of the best online slots ever made.

This was followed by an intense trip into another world with 'Riche Wilde and the Tome of Madness', before firmly finding himself back on land in Greece in ‘Rich Wild and the Shield of Athena’ another game that successfully managed to capture the hearts of long-time fans.

Cat Wilde - Cat Wilde and the Doom of Dead 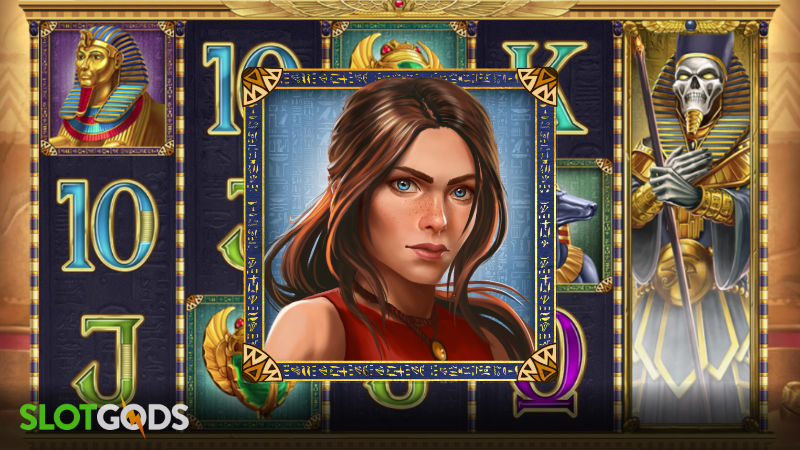 With the Rich Wilde series enjoying 8 years of continued success it only seemed natural to bring a new family member into the fold. In 2020 Play’n GO announced that his daughter and fellow adventurer Cat Wilde would be the newest addition to this iconic series in her own spinoff game 'Cat Wilde and the Doom of Dead'.

Upon announcing that there was a new face in the family the game’s creators did drop some hints that Cat could be the new face of the brand, CPO Martin Zettergren told fans: “Everybody loves the Rich Wilde titles, but we believed it was time to bring in a new face for a new generation of slot players.

“That’s not to say you won’t ever see another Rich Wilde title, but we are continually creating new and exciting characters for our games, we don’t rely on rehashing the same ground.

"We felt the time was right to bring another dimension into the world of Wilde.” 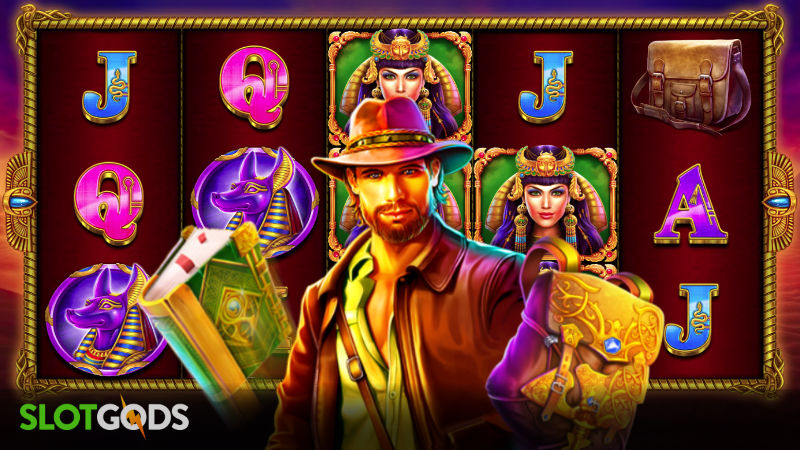 Whilst Play’n GO have the Wilde family on their side, the team at award-winning development studio Pragmatic Play boasts the John Hunter series! Hunter is another character that takes heavy influence from Indiana Jones.

The series isn’t quite as old as the Wilde series of games, however, John Hunter has enjoyed a number of high-octane adventures around the world in just a short period of time. The first John Hunter game, ‘Da Vinci’s Treasure’ saw him in search of Da Vinci’s great works, his second escapade in ‘John Hunter and the Aztec Treasure’ saw him head to Mexico hunting gold.

The most recent two slots in the series, ‘John Hunter Tomb of the Scarab Queen’ and ‘John Hunter And The Book Of Tut’ sees our hero takes a trip to Ancient Egypt, following what’s a very common theme in online slot games nowadays. 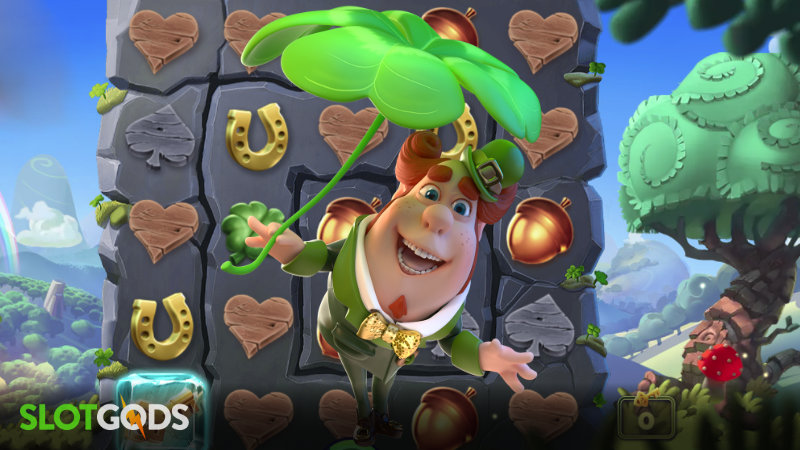 Not satisfied with creating just the one popular online slot character NetEnt went out and did it again in 2017 when they released Finn and the Swirly Spin. Upon loading the game players are transported to the Emerald Isle where they’re introduced to Finn, the magical leprechaun.

This portly ginger leprechaun is quintessentially Irish, like Gonzo, you’ll see him sat to one side of the game screen entertaining players. He’ll pull out his flute and play a tune as you spin the reels, when you register a win he’ll put the flute down and acknowledge your exceptional luck!

Fans quickly fell in love with Finn and the hugely unique game he appears in… So much so that in 2019 he returned for a brand new instalment in his very own series, Finn’s Golden Tavern.

The second title sees Finn leave the green rolling hills behind in favour of a moody darkened tavern, whilst the jovial and playful atmosphere of the first game might be left behind, it’s still great to see Finn return in another game.