Rage of the Seas

Blackbeard, Jack Sparrow and Captain Pugwash are among the long list of salty dogs that - fictional or otherwise - have sailed the high seas in search of plunder. Now, NetEnt joins the ranks of illustrious adventurers with their latest video slot outing: Rage of the Seas.

Play Rage of the Seas

Jump straight into the action and play Rage of the Seas now at the following fully licenced UK slot sites. These slot sites have been thoroughly audited and reviewed by the team here at Slot Gods to ensure they offer an exceptional user experience, are trustworthy, safe, secure, and boast the best selection of online slots in their portfolio including Rage of the Seas...

Rage of the Seas Features

With enough features to fill a galleon, Rage of the Seas is one of the most innovative slots to come out of NetEnt in years. Known for their skill at cranking out top quality, feature-rich slots with sophisticated graphics, Rage of the Seas is spinning proof that NetEnt are still at the top of the game. 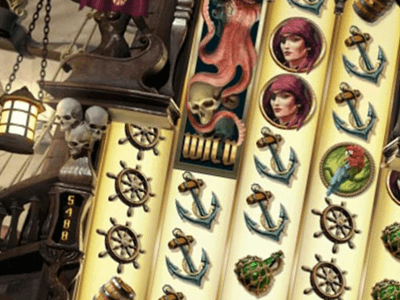 Watch as the boost symbol settles on a reel and unlock 1 of the 5 Random Features. Spreading Wilds, Stacked Wilds, Major Reel Upgrades, Minor Reel Upgrades and Multipliers all compete for their time to shine. 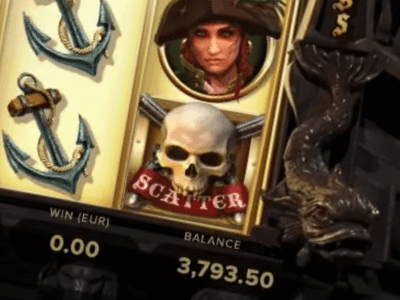 Coming in two distinct forms, Free Spins can be unlocked in two ways: by collecting 3x Boost symbols in the base game or Features Spins on reels 2, 3 or 4, or 3+ skull scatters land on reels 3, 4 or 5. 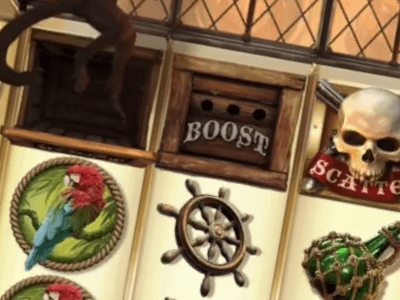 The middle reels of 2, 3 and 4 are where you want to see the boost symbol land. Once triggered, the landed reel expands to accommodate 7 rows and serves up 4 Feature Spins.

Rage of the Seas Review

Renowned for their disdain of landlubbers and affection for copious amounts of rum, pirates have been icons of pop culture stardom for years. In Rage of the Seas from NetEnt, familiar characters of the high seas now get the video slot treatment.

The stern of a pirate galleon is the setting for our swashbuckling slot adventure. Gently bobbing in the ocean, distant voices can be heard over the crashing waves as gunpowder ignites while swinging ship lanterns cast moody shadows over ornate gilded carvings.

Shipmates to similar offerings such as Pirate’s Charm from Quickspin, Hook’s Heroes from NetEnt and Pirates’ Plenty from Red Tiger, Rage of the Seas is off on its very own adventure, with tasty cash spoils for every intrepid old salt.

Illustrated with the skill usually reserved for the most accomplished of shipmasters, Rage of the Seas is a sight to behold.

With lively and somewhat unexpected animations, among other spectacles, Rage of the Seas brings us a dapper young spider monkey dressed to the nines in a snazzy crimson waistcoat nimbly scampering upwards. Octopus Wilds are similarly enthusiastic and reach out from within the bowels of our brig to slap a symbol firmly in place on the grid.

No pirate slot would be complete without some colourful voice work flexing that West Country pirate twang and Rage of the Seas is no different. Affectionately voiced characters bring Rage of the Seas to effervescent life, accompanied of course, by jaunty sailor shanties lasting long into the night.

Ahoy me hearties, shiver me timbers, it’s now time to batten down the hatches and walk the gameplay plank.

With a bounty of bonus features (often appearing as features within features), Rage of the Seas is as gungho as a buccaneer with a belly full of rum.

In this oceanic opera of villainy and deceit, reels 1 to 3 is where the main action occurs.

Once the monkeyfied Boost symbol lands, 1 of 5 of the following features triggers randomly:

Players have two methods of accessing the Rage of the Seas Free Spins round, when one or both of the following outcomes occur:

1. 3 baboon-like boost symbols get collected during the base game or with feature spins on reels 2 to 4, with the reels expanding

2. A minimum of 3 Skull Scatter symbols land on the reels with a single spin.

During the Free Spins 3 of the 5 Random Features will be active. Should you be left with Feature Spins on the counter, these are added the total number of Free Spins.

When the Monkey Boost symbol lands on reels 2 through 4, the corresponding reel expands to 7 rows and subsequently unlocks 4 Feature Spins. To add to the magic and mayhem of Rage of the Seas 1 of the 5 Random Features are activated starting from the next spin.

3 Boost symbols on reels 2 to 4 inclusive, reels expand and Free Spins are unlocked.

96.04% high volatility Rage of the Seas has minimum and maximum bets set at £0.20 and £400 respectively across an upper limit of 5,488 paylines. With an astounding 27,440x maximum win exposure, Rage of the Seas is a slot with potent prize potential.

What a ride. Rage of the Seas is a slot that not only challenges expectations, it also sets a new benchmark for the video slot production industry.

With character design to rival any major animation studio and background art so emotive is a rare find in a slot.

While some slots will come guns ablazing with nifty animations and admittedly very sweet graphics, the gameplay often doesn’t match up. It often feels like a trade off between gameplay and visuals, and it shouldn’t. Players deserve more. Here, Rage of the Seas delivers, and then some.

Much like a chest discovered at the floor of Davy Jones’ locker, herein lies real video slot treasure.

Play Rage of the Seas

Play Rage of the Seas now at the following verified UK slots sites. These slot sites are fully licenced and have been thoroughly vetted and reviewed by us to ensure they offer a great user experience, are trustworthy, secure, and have a wide variety of the best online slots in their lobbies including Rage of the Seas:-

Enjoyed Rage of the Seas? Here's a handful of similar slots we think you'll like too. These online slots have been chosen based on features and themes similar to Rage of the Seas. You might also want to check out other NetEnt slots.