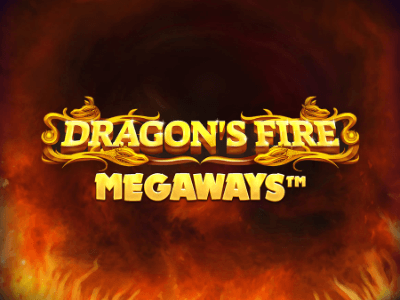 One of Red Tiger Gaming's most iconic slots, 6-reel, 117,649 ways to win Dragon's Fire Megaways will wow you from the moment you press play! Players have the opportunity to win 10,000x their stake whilst playing this fantastic mythical-themed slot. With bonus features and mechanics such as random wilds and special symbols, increasing and boosted multipliers and free spins there's no reason not to at least try this epic slot!

“ This high-octane Red Tiger Gaming slot certainly ticks all of the boxes for us! ”

Aside from playing host to the obvious Megaways mechanic that can see players benefit from up to 117,649 ways to win this slot features four potentially lucrative bonus features that players can take advantage of, these are as follows...

The menacing golden Dragon that surrounds the game screen will stir and randomly breathe fire onto the game's reels, in doing so they will reveal up to 4 wild symbols anywhere on the screen or they'll add two free spins to the game reels with a respin to follow to potentially add a third, starting the free spins bonus.

On any winning spin, the Dragon's Eye Boost may randomly trigger and boost the current Dragon's Egg Multiplier by up to 10x.

If players manage to land 3 free spin symbols anywhere on the game reels then they'll automatically trigger the free spins bonus. Players will receive a random number of free spins that is determined by picking one of several dragon symbols.

During this bonus feature symbols that form a winning payline will burn up and be replaced by new falling symbols. Each winning respin will increase the Dragon's Egg Multiplier (which does not reset).

When two Free Spins symbols land in a spin, the dragon may randomly breathe fire into the reels to add one more free spins symbol and trigger the bonus round. This cannot happen during free spins feature.

The dragon surrounding the game's reels may randomly breathe fire onto at least three of the game's reels, revealing up to 4 wild symbols or enough free spin symbols to trigger the bonus round.

The Dragon's Egg Multiplier is activated following a winning spin, the multiplier value increases with each subsequent consecutive win up to a total of 50x. The increasing multiplier resets after a non-winning spin.

On any winning spin, the Dragon's Eye Boost may randomly trigger and boost the current Dragon's Egg Multiplier by up to 10x.

If players manage to land 3 free spins symbols then they'll trigger free spins. Players must pick a dragon symbol to determine how many free spins they'll win. These spins come with a Dragon's Egg Multiplier that does not reset.

When two Free Spins symbols land in a spin, the dragon may randomly breathe fire into the reels to add one more free spins symbol and trigger the bonus round. This cannot happen during free spins feature.

Dragon's Fire Megaways one of Red Tiger Gaming's most beloved titles, this 6-reel, 117,649 ways to win Megaways slot sees players transported to a fierce Dragon's lair. With a maximum win potential of 10,000x your stake and features such as Fire Blast, Dragon's Egg Multipliers, Dragon's Eye Boost, Dragon's Kindness and Free Spins there's plenty of reasons to take a shot at this slot.

The only word we can use to describe this slot when it comes to design is fantastic! Red Tiger Gaming never let us down with beautifully designed slots, and this is certainly no exception. The game reels are set in front of a deep dragon's lair that's surrounded by dragon eggs. Most notably there's a large golden dragon wrapped around the game reels menacingly watching on.

In terms of how Dragon's Fire Megaways sounds, unfortunately, this slot is pretty unimpressive. There is some slow-paced music, but it isn't going to get you hyped up for some big spins!

Dragon's Fire Megaways is a high volatility slot with an RTP of 94.68% and a maximum win potential of 10,000x the player's stake.

This gorgeously designed title actually has quite a lot going on in terms of bonus features and mechanics, and we certainly won't complain about that! There's no doubt that over the years Dragon's Fire Megaways has more than earned a right to named as one of the most iconic Red Tiger Gaming slots of all time.