They have been nominated for 3 different awards

The International Gaming Awards (IGAs) is an annual global event that rewards excellence within the iGaming industry and recognises innovative technologies along with social responsibility and delivering excellence in employee well being.

As one of the biggest awards within the iGaming world, the IGAs are Sponsored by big names such as slot sites such as Videoslots Casino as well as slot developers such as IGT and Pragmatic Play. Announced on LinkedIn, Just For The Win announces that they have been shortlisted for three different categories this year.

Who is Just For The Win?

Founded in 2016, Just For The Win is a relatively new iGaming based in Stockholm, Gothenburg and Kyiv. Only a year after its inception, the studio signed a content agreement with Microgaming to see games release through their Quickfire platform.

Many avid slot enthusiasts will know the studio for Plenty of Presents, The Bandit and The Baron and Scarab Kingdom. The studio even added to the iconic Mega Moolah series with Juicy Joker Mega Moolah.

What awards are they nominated for?

Firstly, Just For The Win is nominated for Game of the Year with Scarab Kingdom. This Egyptian slot plays on 5-reels with 30 paylines but features expand wilds, free spins, Cleo's bonus and generally a fantastic design. 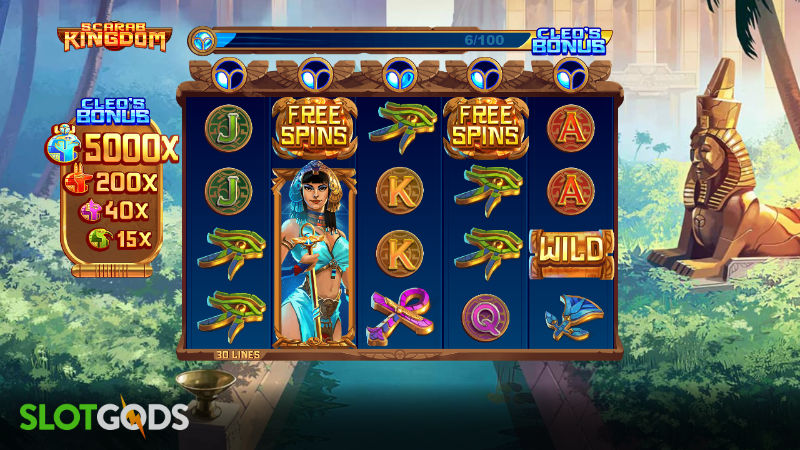 In addition to this award, the studio is nominated for Slot Provider of the Year and Great Place To Work. The team were delighted with this news and Just For The Win concluded the post with: “We couldn’t be more excited, and we’re looking forward to attending IGA in London!”