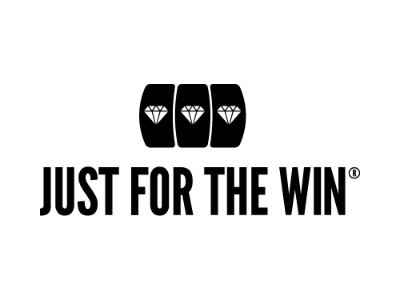 Just For The Win Slots

Just For The Win are a truly creative Swedish online slot studio that came to life in 2016 when their founders Johan Persson and Jay Sopp had a chance meeting in a German airport terminal. Since the company's inception, they have grown a modest team of international talent, releasing a whole host of incredibly enjoyable, beautifully designed online slots. Not only have the company created a whole host of original games, but they've also developed brand new slots for popular progressive jackpot networks Mega Moolah and WowPot!

Here you'll find our selection of the very best Just For The Win slots. There are no duds here, just great games that kept us engaged and entertained! The list might not be huge compared to other online slot developers, but it does have some genuinely gripping original online slots that excel in a multitude of areas including features, mechanics, design and win potential! So, if you're down to play attractive slots such as Elven Gold or HUGE progressive jackpot slots such as Juicy Joker Mega Moolah then we're pleased to say, you're in the right place!

There might only be one series here, but you have to trust us when we say that this Just For The Win slot series is WELL worth playing! Mega Moolah might not be an original JFTW creation (the credit goes to Microgaming), but this popular online slot studio has played a big part, having developed Juicy Joker Mega Moolah.

Coming Soon from Just For The Win!

Stay up-to-date with what's coming soon from Just For The Win! We've managed to get exclusive early access to some of Just For The Win's best new upcoming slots and are sharing them with you right here.

Looking for a quality slot site that plays host to all your favourite Just For The Win slots? We urge you to look no further! Below you'll find a list of truly fantastic casinos that offer players fair and honest welcome bonuses which could see them land rewards such as free spins, bonus cash and even cashback each and every week!

About Just For The Win

Just For The Win are a highly-talented Swedish iGaming studio based in Stockholm, Gothenburg and Kyiv that came to life in 2016 when CEO Johan Persson (then working at Leo Vegas) had a chance meeting with fellow founder Jay Sopp (formerly of Lucas Arts and NetEnt) in an airport terminal in Münich.

Over the last few years the studio, which goes by the motto "We make great games faster and better!", has grown a modestly-sized multi-national team of talented developers, sound engineers, artists and marketing specialists that are responsible for creating a host of wonderfully designed online slots.

Just For The Win have developed some truly mesmerising original titles such as Elven Gold, Odin's Riches and Serengeti Gold, as well as adding to the iconic Mega Moolah slot series with their own progressive jackpot slot Juicy Joker Mega Moolah.

In 2017, barely a year into their existence Just For The Win signed a landmark content agreement with iGaming giants Microgaming that would see all of their games released through their Quickfire platform.

This agreement has meant that significantly more players have been able to find out exactly what Just For The Win are all about, as their games are displayed at a number of popular slot sites that see thousands of daily players.

Not having to worry about distributing their games has allowed the fledgling studio to focus on what they do best, creating new and enjoyable online slots! So large has Microgaming's impact been on the company, their Chief Executive Officer Johan Persson has stated that without Microgaming they might not even exist today.