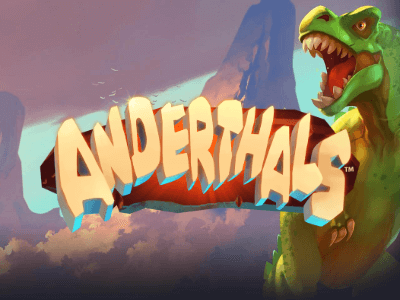 Anderthals is a superb 5-reel, 40 payline stone-age themed slot developed in partnership by Microgaming and Just For The Win. This beautifully designed game boasts a number of memorable and potentially lucrative bonus features and mechanics including win multipliers, expanding wilds, extra wilds, respins and free spins!

Jump straight into the action and play Anderthals now at the following fully licenced UK slot sites. These slot sites have been thoroughly audited and reviewed by the team here at Slot Gods to ensure they offer an exceptional user experience, are trustworthy, safe, secure, and boast the best selection of online slots in their portfolio including Anderthals...

Above each of the game reels are spots that play host to different bonus features, these change on each and every spin to give the game an air of mystery. If players land two or more torch symbols on a single reel then they'll trigger the corresponding bonus feature, these can be any of the following:

If players trigger the free spins feature via the Feature Spots mechanic then they'll automatically receive 8 free spins. For every free spin that's triggered thereafter, players will receive an additional two free spins. Any feature spot bonuses that are triggered will remain in place throughout the free spins. 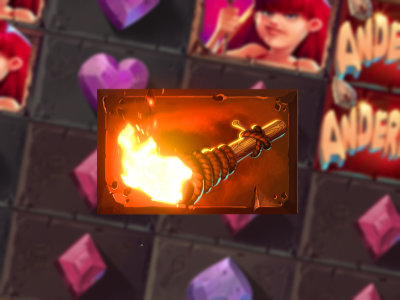 Above each of the game reels are spots that play host to different bonus features, these change on each and every spin to give the game an air of mystery. If players land two or more torch symbols on a single reel then they'll trigger the corresponding bonus feature 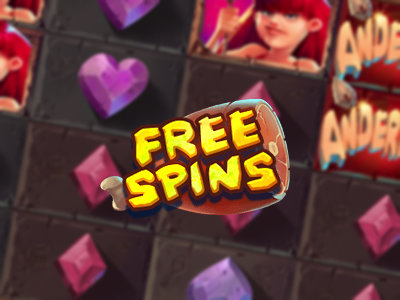 Anderthals is a stone-age themed slot that takes players back millions of years to a much simpler time when the only goal in life was to survive and prosper! This high volatility slot developed by Microgaming and Just For The Win plays host to a number of impressive bonus features and mechanics including win multipliers, expanding wilds, extra wilds, respins and free spins!

Anderthals is legitimately one of the best stone-age themed slots we've played in terms of design and soundtrack. The game's reels are cobbled together by sticks and bones, whilst low paying symbols are card suits crudely carved from stone. High paying symbols are the 'Anderthals' logo and a caveman known as Andy and a cavewoman known as Annie, the slot's protagonists. Special symbols include a flaming torch as the feature symbol and a menacing expanding Tyrannosaurus Rex as the wild symbol.

It goes without saying that the best design element in this slot is the soundtrack, the music is very very catchy and had us tapping along throughout, it almost sounded too good to be used in an online slot game, if we closed our eyes we felt we could have quite easily been playing a AAA platformer style video game.

Above each game reel a different bonus feature is represented by what we'll call feature spots, these feature spots spin alongside the reels and change each turn, if players land two or more feature symbols on that specific reel then the corresponding feature will be triggered. It's actually pretty simple and adds a whole new dimension to the game... All in all, we'd say it's a nice way of triggering bonus features as opposed to just matching three identical symbols.

In terms of navigating the slot itself, there are four buttons to the right of the game reels, from top to bottom these are an expanding game menu (that leads to the paytable, game settings and sound settings), an autospin button (that can allow players to set up to 100 automated spins), a stake selection button (that allows for bets between 0.10 and 100) and of course a play button.

This high volatility slot has an RTP of 96.12% and can see players win a maximum of 2,219x their stake, which is pretty uninspiring if we're being brutally honest.

Anderthals looks and sounds fantastic, and most importantly is packed full of brilliant bonus features and mechanics. If it wasn't for the disappointing win potential we could have been looking at a top-rated slot, but instead it falls just shy of our expecations.

Play Anderthals now at the following verified UK slots sites. These slot sites are fully licenced and have been thoroughly vetted and reviewed by us to ensure they offer a great user experience, are trustworthy, secure, and have a wide variety of the best online slots in their lobbies including Anderthals:-

Enjoyed Anderthals? Here's a handful of similar slots we think you'll like too. These online slots have been chosen based on features and themes similar to Anderthals. You might also want to check out other Just For The Win slots.