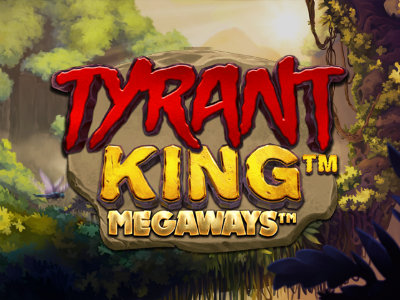 Dinosaurs mixed with humans is not a winning combination, but that's why there's an Indiana Jones inspired hero to help you survive this onslaught. Developed by iSoftBet, Tyrant King Megaways plays on 6-reels with 117,649 ways to win and features high volatility gameplay.

Throughout your adventure, you'll find Wild Tyrant Respins, Free Spins and cascading wins that can deliver wins of up to 50,000x your stake! Grab your best weapon and prepare to battle a group of dinosaurs in Tyrant King Megaways.

“ One of the best dinosaur slots on our site! ”

Jump straight into the action and play Tyrant King Megaways now at the following fully licenced UK slot sites. These slot sites have been thoroughly audited and reviewed by the team here at Slot Gods to ensure they offer an exceptional user experience, are trustworthy, safe, secure, and boast the best selection of online slots in their portfolio including Tyrant King Megaways...

This Megaways slot has cascading wins which remove successful symbols in wins and drops down new ones to replace them. Ultimately, these continue as long as new winning formations are made. Alongside cascading wins, you have the top bar which adds one symbol to each of reels 2 to 5.

If you manage to land 4 wilds on the reels 2 to 5, then you'll trigger the Wild Tyrant Respins. As soon as you trigger the feature, 3 spins will be awarded and the wilds will stick on the reel. Every time you land a reel, the respin counter resets to 3. Fill up the reels to transform the wilds into multipliers. This feature ends when you run out of spins or when you fill-up the reels.

Landing 4 bonus symbols on reels 2 to 5 will trigger 10 free spins with additional reels added to the screen to expand the ways to win up to 200,704! Each bonus symbol will award 1 additional free spin. During free spins, there is a win multiplier that starts at x1 and increases for every cascade. 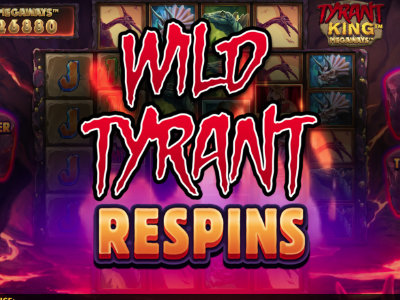 Lucky players that land 4 wilds on reels 2 to 5 will trigger this feature with 3 respins. Wilds stick to the reels and reset the respins to 3 each time you land one. 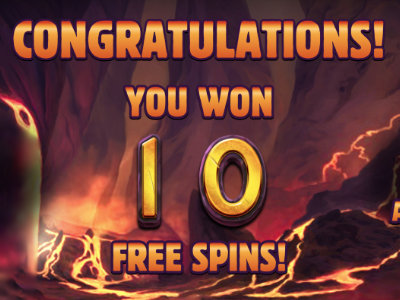 Managing to land 4 bonus symbols on reels 2 to 5 will trigger free spins. 10 free spins will be given with a win multiplier that starts at x1 and grows with cascades.

Enter a world where dinosaurs and humans co-exist with the victor determined by who survives. Thankfully, you have an adventurer on your side, so you definitely have an advantage. Developed by iSoftBet, Tyrant King Megaways is a stone age slot that plays on 6-reels with 177,649 ways to win due to Megaways.

During your adventure, you'll find Wild Tyrant Respins, Free Spins, Multipliers and cascading win that can lead to wins of up to 50,000x your stake. Battle your way through dinosaurs to gain unbelievable wins in Tyrant King Megaways.

Set in a wild jungle, the reels are surrounded by plantlife and various creatures in the distance. Thankfully, it's all animated which just adds even more excitement to the slot. In terms of the symbols, they are all designed in a comic-book style with an Indiana Jones looking character and various dinosaurs. During the free spins and respins feature, the background changes to a darker tone with more fog around to create a tense atmosphere.

When you are waiting between spins, the music is light with the focus being on the ambient noises such as creature sounds mixed with rustling. The music intensifies when you are spinning during the special modes with a faster beat and suspenseful score filled with violins and drums.

As mentioned this slot features the Megaways mechanic which adds 117,649 ways to win and a top bar above the reels. There are only really two main features which are the free spins and respins, but they are all straightforward and easy to follow.

In terms of buttons, you can find the spin button, autospin and bet level just to the right of the reels. At the bottom left of the screen, you'll find the paytable and sound settings. If you need additional guides, then check out the paytable but be sure to scroll down for further information.

Tyrant King Megaways is just on the line of having a poor RTP, but it sits at 96% which is basically the average standard. There's also high volatility gameplay which essentially means that you'll have higher wins, but they'll be less frequently so we recommend having the bankroll to sustain yourself.

The maximum win for this slot is a whopping 50,000x your stake which can be achieved through the free spins round with multipliers and the expanded ways to win at 200,704! It took us over 100 spins to trigger the feature and found that it was quite generous once you get there, but every experience varies.

Stone age slots are usually hit and miss, but it's safe to say that this slot is one of the best ones we've played on our site. The gameplay is engaging with thrilling moments paired with features to make something that slot players will love. iSoftBet created a fully rounded world with the design and it's definitely paid off.

Even the win potential is great and will definitely satisfy many players. For those of you that love dinosaurs, Megaways and high volatility gameplay, then Tyrant King Megaways is a must-play!

Play Tyrant King Megaways now at the following verified UK slots sites. These slot sites are fully licenced and have been thoroughly vetted and reviewed by us to ensure they offer a great user experience, are trustworthy, secure, and have a wide variety of the best online slots in their lobbies including Tyrant King Megaways:-