Iron Dog Studio's 1 Million Megaways BC is a prehistoric 7-reel thriller that offers players an unrivalled 1,058,841 ways to win! With stacked wilds, increasing multipliers and up to 14 free spins, what's not to love?

Jump straight into the action and play 1 Million Megaways BC now at the following fully licenced UK slot sites. These slot sites have been thoroughly audited and reviewed by the team here at Slot Gods to ensure they offer an exceptional user experience, are trustworthy, safe, secure, and boast the best selection of online slots in their portfolio including 1 Million Megaways BC...

1 Million Megaways BC boasts a host of lucrative features that can lead to wins. First and foremost the game makes use of cascading wins which sees winning symbols removed from the reels and replaced with new ones that fall into the leftover gaps (referred to as tumbles).

Each time a winning spin is registered in the base game a 2x multiplier kicks in, any tumbles that follow thereafter see the multiplier increase by 2x. All multipliers reset at the end of a winning sequence and when a free spins round begins.

When the free spins round is activated a larger seventh reel squeezes into play in the middle of the game screen, unlocking significantly more paylines which can reach up to 1,058,841. The game’s increasing multiplier also grows by 1x after each winning spin is concluded, this can climb to a maximum of x14 and does not reset in the event of a non-winning spin.

Free spins that feature 7 symbols on any reel will lock for the entirety of the bonus round, with each locked reel awarding the player one additional free spin. When any reel locks the player is awarded an additional 1x multiplier on top of what they already had active at that time.

If the mammoth reel sees 9 symbols land upon it, then that reel will also lock up and award the player an additional 5 free spins on top of what they’d already received. 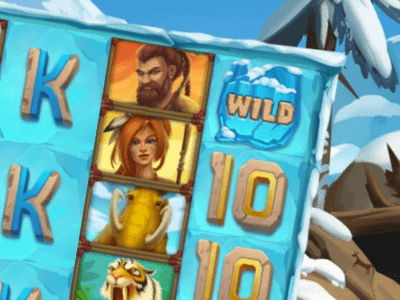 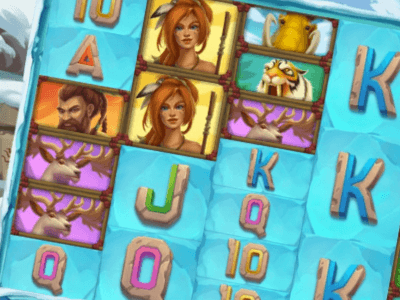 If four consecutive tumbles are registered then the player will receive 8 free spins, each tumble after this awards an additional 2 free spins (up to a maximum of 14). This round includes an increasing multiplier and a seventh reel. 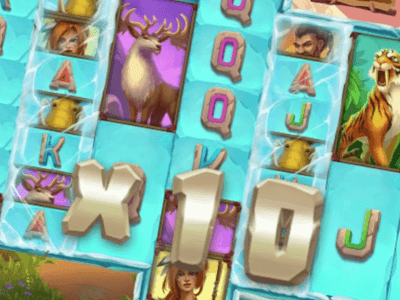 Every time a win is registered an increasing multiplier comes into play, this grows by two after every win. It can reach a maximum of 8x during the base game and 14x during the free spins round.

We all love the Megaways mechanic right? Who doesn’t enjoy having 117,649 ways to win rather than your bog-standard 10 to 25 paylines? It just makes playing significantly more fun.

Well, how does having over one million Megaways sound to you? Yes, you read that correctly… Iron Dog Studio’s 2020 prehistoric-themed release 1 Million Megaways gives players the unrivalled opportunity to unlock 1,058,841 potential paylines during the bonus round.

For a studio that isn’t as universally recognised as many others in the iGaming sphere, we’re mightily impressed with this offering. The slot itself looks absolutely brilliant, it’s easy to play considering it offers so many paylines and most importantly, it’s lucrative!

As the name suggests, 1 Million Megaways BC is heavily themed around the Ice Age (the developers have most certainly taken inspiration from the movie of the same name). This exceptionally good looking prehistoric slot features snow-covered trees, jagged mountains and caves adorned with paintings typical of the era.

Dramatic and suspenseful drums quietly play in the background during the base game, however, upon unlocking a free spins bonus round the drumbeat increases and the pace picks up dramatically, setting the mood for a much more serious affair.

Low paying game symbols sit atop frozen blocks of ice and are your standard online slot symbols (10, J, Q, K, A). Your high paying symbols are somewhat reminiscent to characters in the Ice Age movie. The symbols are a stag, sabre tooth tiger, woolly mammoth, cavewoman and a caveman.

1 Million Megaways BC is played on 6 reels as opposed to the standard 5 reels, and when a free spins bonus is triggered an additional seventh reel comes into play, which is unusual for any online slot, however, this is how the game reaches that fabled 1,058,841 ways to win.

Iron Dog Studio hasn’t deviated too far from your standard Megaways slot, however, they’ve certainly etched their name into iGaming history by allowing players to reach over 1,000,000 ways to win thanks to the inclusion of an increasing multiplier and seventh reel.

With a healthy betting range and the ability to play up to 999 autospins (with a loss limit) we really can’t complain about this game, it may be a little different but it’s really not a pain to play.

This game is all about the free spins round and the incredible win potential that’s triggered when this bonus then opens up. Once the seventh reel is in play and the multipliers begin stacking up there’s the very real opportunity to win 45,000x your initial stake, which is HUGE.

The only potential issue some players might have with this truly exciting slot is its volatility, it’s on the high side and it can sometimes feel like your money is being eaten up until a big win hits.

1 Million Megaways BC is a landmark game from a lesser-known developer, and we absolutely love that, ambition is key in our eyes! Over the last few years we’ve seen a number of brave studios take calculated risks in an attempt to stand out from their competition, hopefully, Iron Dog Studios receives the deserved praise for creating such an impressive online slot.

The game is visually stunning, has a number of truly exciting features that differ from your standard Megaways slot and is an all-round joy to play assuming you have the bankroll to sustain your spins. We’ll never turn our nose up at Megaways slot, especially one that’s as lucrative as this one.

Play 1 Million Megaways BC now at the following verified UK slots sites. These slot sites are fully licenced and have been thoroughly vetted and reviewed by us to ensure they offer a great user experience, are trustworthy, secure, and have a wide variety of the best online slots in their lobbies including 1 Million Megaways BC:-