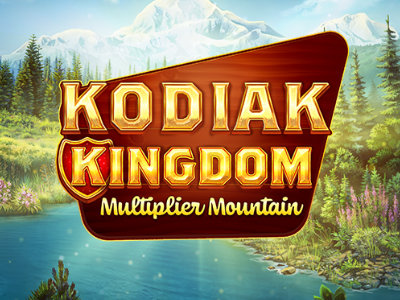 There's nothing more beautiful than the great outdoors and nature. Thankfully with Just For The Win, you can embrace the outdoors whilst trying to win amazing amounts.

Kodiak Kingdom is an animal slot that plays on 6-reels with up to 4096 ways to win in this high volatility game. The main objective for this slot is to trigger the free spins round with multipliers that can climb to unbelievable amounts.

“ Whilst it's not too flashy, it makes up for it with thrilling gameplay and wins ”

As mentioned, there are multiplier wilds that are in the base game and free spins and only appear on reels 2 to 5. There's no set limit for the multiplier meaning it can climb to amazing heights! 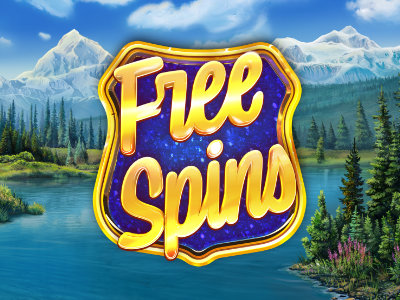 Landing 3 or more free spin symbols will trigger up to 30 free spins. There's also the chance to gain free spins during the feature to obtain additional spins. 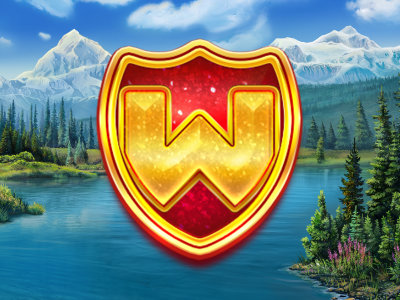 There are even wilds that have multipliers attached that increase by 1 with every wild that lands. During free spins, these keep climbing and don't reset until the end of the feature.

This animal slot plays on 6-reels with up to 4,096 ways to win. There's also an incredible free spins feature that contains multipliers that can lead to colossal wins of up to 25,000x your stake.

There's a vibrant background that is full of various greenery and a river running in the middle. In the distance, there's a huge mountain and a blue sky with barely any clouds. It's obvious that the developers were going for a serene background and that's exactly what they've achieved.

On the reels, there are various animals including bears, eagles, stags and fish just to name a few. Whilst these animals look fantastic and classical in design, they sadly aren't animated which is a shame.

As for the audio, you can expect serene sounds such as water running and tranquil music that should hopefully relax you. There are a few animal sounds when you spin them which is a great attention to detail.

Whilst there are up to 4,096 ways to win, the gameplay is standard in terms of features and easy to play. All the relevant menus are on the right side of the screen with the spin button, autospin and bet level here. Further menus can be found at the top of the screen in case you need extra assistance.

Kodiak Kingdom has a brilliant win potential with a solid RTP of 96.20% along with high volatility which leads to bigger wins (but less often).

As for the maximum win, you can win up to 25,000x your stake through the free spins feature with the multipliers that stick throughout.

This definitely isn't a flashy slot - but that's not what the developers were going for. It's clear that they wanted to create a simple animal slot that is just there for players to embrace the beauty of nature and gain some wins whilst they do so.

You should give this slot a spin if you love high volatility slots and big payouts as you could see some outstanding wins throughout your gameplay. Make sure you give Kodiak Kingdom a chance as you'll be surprised how entertaining the slot actually is.

Play Kodiak Kingdom now at the following verified online slot sites. These slot sites have been thoroughly audited and reviewed by us to ensure they offer an exceptional user experience, are trustworthy, safe, secure, and boast the best variation of online slots in their portfolio including Kodiak Kingdom:-

Enjoyed Kodiak Kingdom? Here's a handful of similar slots we think you'll like too. These online slots have been chosen based on features and themes similar to Kodiak Kingdom. You might also want to check out other Just For The Win slots.