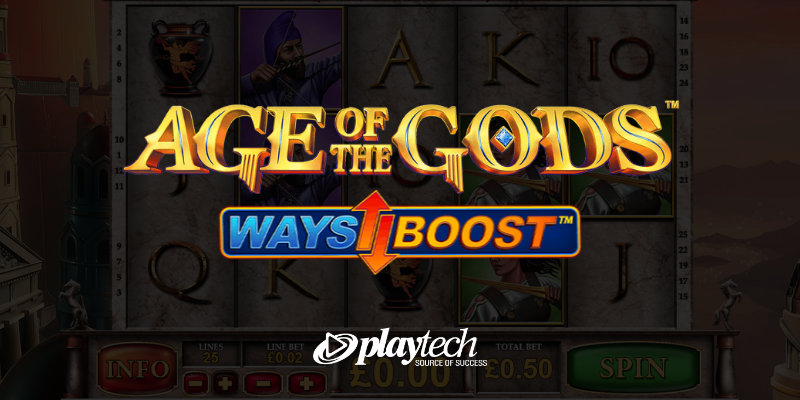 The biggest slot franchise is back with a Minotaur this time

The latest instalment, Age of the Gods: Maze Keeper, looks to channel the myth about the Labyrinth created by the legendary artificer Daedalus for King Minos of Crete at Knossos to hold the devilish Minotaur creature. Not much is known about the latest Playtech slot apart from the fact that the WaysBoost mechanic is prevalent in the game. This mechanic is similar to Megaways as it increases the ways in which you win.

For example, the base game of Age of the Gods: Maze Keeper does look to start with only 4,096 but can expand up to 14,400 during the free spins mechanic.

As previously mentioned, there isn't a whole lot out about this game apart from the fact that there's WaysBoost and a free spins round. It's highly likely that the slot will contain the impressive progressive jackpot which is always a huge bonus.

In terms of imagery, it looks just like any other Age of the Gods game falling in line with the tone and design of the slot. This is a must-play for fans of the series and jackpot hunters - be sure to check it out when it releases in late February 2022.

The following online slot sites have been vetted and audited by Slot Gods to ensure they offer an exceptional user experience, are trustworthy, safe, secure, and boast the best variation of online slots in their portfolio including Age of the Gods: Maze Keeper.