Playtech’s Wonder Woman slot is played on 5 reels and 30 paylines. This game is part of Playtech’s DC Super Heroes slot series that features other games such as Man of Steel and Suicide Squad. Wonder Woman is a feature-full game that has a whopping 7 bonus features to trigger. There are also four progressive jackpots to play for in this action-packed slot.

“ An immersive and engaging slot that packs a punch! ”

The Playtech-powered Wonder Woman slot is full of action and brimming with in-game bonus extras. This comic-book themed slot title has a total of seven bonus features, including 3 free spin features where you can enjoy some nice rewards. The game has plenty of win potential and some endless action on the reels. Let’s take a deeper look at the in-game bonus features you can enjoy in the Wonder Woman video slot. 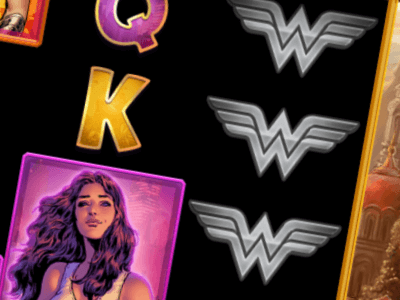 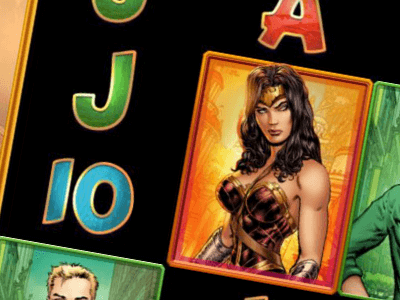 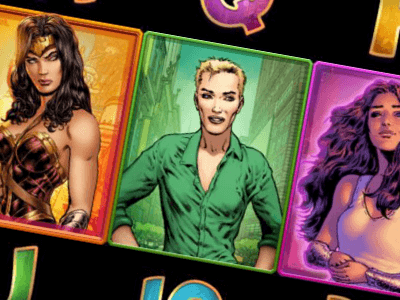 The Barbara Ann symbol landing fully on reels 1 and 5 will activate The Cheetah feature where all high-value symbols on the 3 middle reels will turn into the high-value Cheetah symbol for that spin. 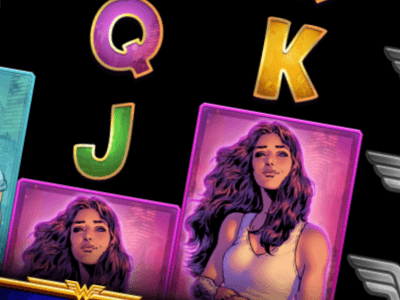 Land the Wonder Woman and The Cheetah scatter on reels 1 and 5 to trigger this feature. You get 12 free spins and wins from a high-value symbol will see symbols transform into The Cheetah for remaining spins to boost payouts. More scatters can trigger more free spins. 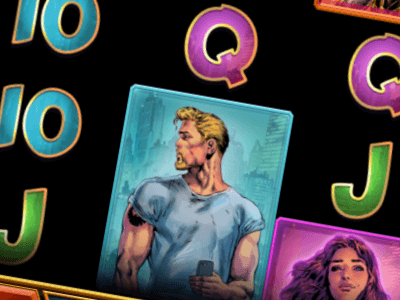 Land the Wonder Woman and The Cheetah scatter on reels 1 and 5 to trigger this feature. You get 12 free spins, and the Fire Wild symbols will appear on the 3 middle reels. When they land, they transfer symbols into wilds. More scatters can land more free spins. 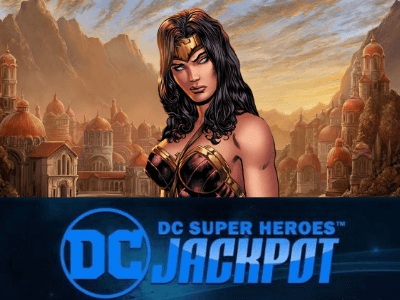 Any spin can randomly give you access to the jackpot game where you pick from jackpot icons to win 1 of 4 progressive jackpots (Mini, Minor, Major and Grand).

Playtech has partnered up with DC comics to bring us the thrilling Wonder Woman slot. This game is part of the famed DC Super Heroes jackpot series with the likes of Batman Begins and Man of Steel. Wonder Woman takes things up a notch with a very welcoming 7 bonus features. The game is set on the Wonder Woman comics and not the movie, like many of the other slots in the DC Super Heroes series.

The 5-reel game has 30 paylines and offers a top payout in the base game of 1,000x your stake. There are plenty of rewards that come in the way of the bonus extras, the action-packed slot boasts 3 free spin games, heaps of wilds and much more. The progressive jackpots can deliver huge wins that reach well into the hundreds of thousands.

Wonder Woman brings the comic books to life with engaging gameplay and plenty of animation. The game has all the right elements to make for some exciting slot play from the very first spin.

Wonder Woman from Playtech has some incredibly sharp graphics, adding life to the comic book style. The game is set in Wonder Woman’s island nation of Themyscira, if you know your Wonder Woman comics. The stunning backdrop is a beautiful ancient-looking city with waterfalls and impressive architecture. As you spin the reels you will enjoy some nice background animation to keep the game alive.

The reels are played on the black background and feature many characters from the original Wonder Woman comics. Hitting the high paying symbols lights up the reels and when you enter one of the 7 bonus features you will enjoy some awesome animation and ramps up the thrill levels.

The brilliant visuals are complemented by an engaging soundtrack to keep the momentum up. Although the game is using comic books visuals, it still looks graphically impressive.

Wonder Woman features the same set up as most Playtech games. There is nothing overly complicated when it comes to the gameplay. Above the reels, you will see the four progressive jackpot prizes and at the bottom of the reels if the game controls. The spin button is in the bottom right corner and next to that is the turbo mode control where you can increase the pace of the game and play more spins per minute. The control panel also features an auto play button for setting up to 100 automatic spins and the bet amount where you can set your bets from £0.15 to £300. If you want to find out more about the value of the symbols and the in-game features, then you can hit the info icon.

Wonder Woman is not short of payout potential, the game is crammed with 7 bonus features. The free games bonus can payout up to 2,250x your stake. If you land the Wonder Woman wild on all positions you will scoop 3,750x your stake. On top of some high paying extras, you can randomly trigger one of four progressive jackpot prizes, the largest jackpot currently sitting at over £700,000.

The game has a 95.34% RTP making it a medium variance slot. Wonder Woman’s big payouts come during the free games, and there is no shortage of them.

The Wonder Woman slot from Playtech is one of the most feature-heavy slots in the DC Super Heroes slot series. The game has some wonderfully rewarding extras that are a lot of fun to play. Although there are three free spin features, It’s the four progressive jackpots that steal the show. You don’t need to be a fan of comic books to enjoy this video slot. It has the looks, the features and the jackpots to satisfy even the most discerning casino enthusiast.

Play Wonder Woman now at the following verified online slot sites. These slot sites have been thoroughly audited and reviewed by us to ensure they offer an exceptional user experience, are trustworthy, safe, secure, and boast the best variation of online slots in their portfolio including Wonder Woman:-

Enjoyed Wonder Woman? Here's a handful of similar slots we think you'll like too. These online slots have been chosen based on features and themes similar to Wonder Woman. You might also want to check out other Playtech slots.