Playtech’s Batman & Mr Freeze Fortune takes you back to the 1960s Batman TV series starring Adam West. The retro style and high paying extras make this a slot you can get a kick out of. The vintage cape crusader is bringing the action on the reels with 4 randomly triggered bonus features where you can scoop multipliers up to 25x. The action-packed slot offers 2,400 ways to win and plenty more.

“ A charming and charismatic slot with kick-ass rewards! ”

Jump straight into the action and play Batman & Mr Freeze Fortune now at the following fully licenced UK slot sites. These slot sites have been thoroughly audited and reviewed by the team here at Slot Gods to ensure they offer an exceptional user experience, are trustworthy, safe, secure, and boast the best selection of online slots in their portfolio including Batman & Mr Freeze Fortune...

Playtech is not afraid to get creative with the in-game bonus features. Batman & Mr Freeze Fortune continues the feature-full vintage Batman series with some excellent features.

This slot is loaded with high paying multipliers, a generous free spin games, high paying wilds and 4 progressive jackpot prizes. Let’s take a look at what bonus extras you can trigger in this retro Batman slot. Kapow! 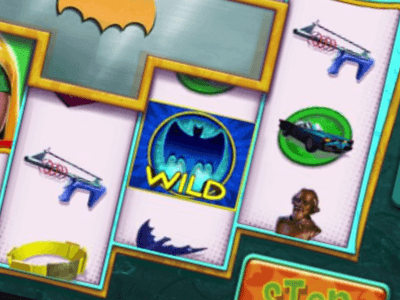 Any win that includes a wild will receive a multiplier boost of anything up to 5x. 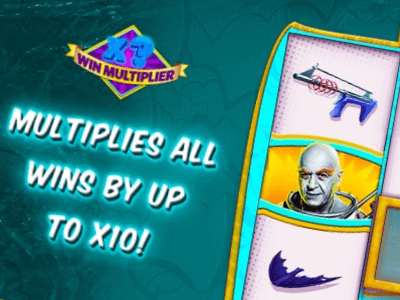 Any winning combo will benefit from a random multiplier. This can increase wins by up to 10x. 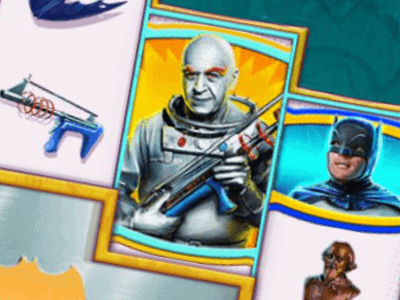 A symbol is chosen at random, and that symbol will transform into the higher value Mr Freeze symbol. A new payout is then made using more rewarding symbols. 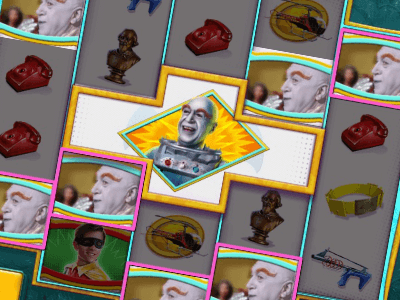 The Mr Freeze wild will award a re-spin. Any wilds that were on the reels are frozen in place and the re-spins continue until you land a winning combo. 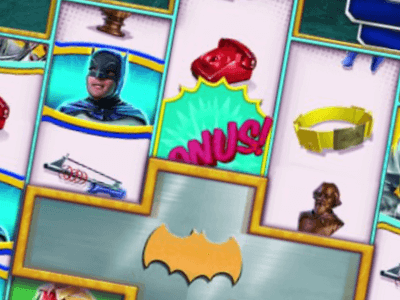 Land 3 or more bonus scatters to trigger the free spins you will get between 10 and 15 spins depending on how many scatters you land. The free spins are played out on an expanded 2,400 ways to win the game engine. Winning lines that include a wild are boosted by a multiplier that can top 5x. The multipliers can combine up to 25x. 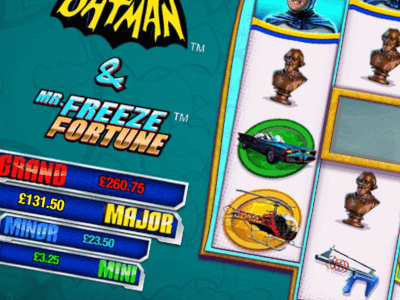 There are four progressive jackpots in this slot. It’s triggered at random but the higher your stake, the bigger your chances of winning. There is a Grand, Major, Minor and Mini jackpot with the former being the largest.

Batman & Mr Freeze Fortune from Playtech brings old school Batman played by Adam West in the TV series from the 1960s. The caped hero goes up against his nemesis in the villainous Mr Freeze. The vintage-style slot brings the much-loved Batman series back to life with quirky gameplay and awesome features. The slot is part of Playtech’s DC Super Heroes slot series, which also includes several other Batman titles.

The slot is played on 5 reels that are expanded for up to 2,400 ways to win. The game is thriving with high paying features where you will come across wilds, multipliers, free spins and of course, some very large progressive jackpots.

The game has a vintage pop-art appearance that stays true to the original Batman TV series. You can enjoy plenty of snippets and soundbites from the show as you play through the reels. The Batman & Mr Freeze Fortune is full of charm and character, the old school graphics and easy-going gameplay make this a wonderful choice for any slot player.

Batman & Mr Freeze Fortune takes you back to the crime-fighting 1960 TV show where customs were skin-tight and fights had catchphrases. Bam! The design is very light-hearted with friendly colours and cheerful symbols. The game has a pleasant background with frozen batman symbols. The game is packed with fun animations where you can relive the action of the TV show. Who doesn’t want to see vintage Batman in action?

On the reels, you will find the original caped crusader, Mr Freeze, the Batman mobile, zap gun and more iconic memorabilia. The reels don’t feature your usual setup, there are 5 reels with a central 4 symbol extension. The game is accompanied by a jazzy background soundtrack that matches the game’s visual tone.

The slot pops with animations and clips when the bonus extras are triggered, amping-up the thrill levels. The game’s unique setup, friendly graphics and non-stop action make it a pleasing place to play.

The slot is laid out neatly with 5 reels and extending rows, offering 1,024 ways to win. The reels do not fill the screen and leave space for flashing text that indicates how the features are triggered. The four progressive jackpots sit at the top of the reels. In the bottom right corner is a big spin trigger and on the other side, you have the auto play, bet size and information button where you can view the symbol values and bonus information. The bet size can be set from £0.50 to £20, making it a suitable choice for those with lower bankrolls.

The main attraction in the Batman & Mr Freeze Fortune slot is the four randomly triggered progressive jackpots. At the time of writing the biggest jackpot had reached over £750,000, providing life-changing win potential. It doesn’t stop at the jackpots, the game is packed with high paying features where you can grab multipliers up to 25x for some very welcoming wins. Further to that, there are also a whopping 2,400 ways to win within one of the bonus extras.

Batman & Mr Freeze Fortune has a 96.04% return to player percentage, making it a medium variance slot with frequent payouts.

Playtech’s tribute to old school Batman with the Batman & Mr Freeze Fortune slot is a fun, friendly and fast-paced gaming experience. Playtech has injected a lot of seriously rewarding and engaging bonus extras. The game combines immersive visuals with easy gameplay, making it a great choice for any slot enthusiast. You don’t need to be a superhero fan to enjoy the thrills and spills of this action-packed game. If you like your slot play with some whamming features and banging payouts, then you will love the Batman & Mr Freeze Fortune slot.