Batman Begins is a 5-reel, 20 payline slot developed by Playtech based on the 2005 movie of the same name. This slot is ALL about the wilds. In total there are five different wilds that can expand, shift, duplicate and multiply. If that wasn't enough this branded slot features the lucrative four-tiered DC Super Heroes Progressive Jackpot Network.

“ Awesome gameplay and huge prizes worth fighting for! ”

Batman Begins from Playtech has five different stages to play through, each with its own bonus feature. This action-packed slot is not short of excitement with plenty of rewarding extras on the reels. You can play your way through various wilds and huge multipliers.

There are also four progressive jackpots to be triggered in this movie-themed slot. Let’s take a look at all the adventurous features you can enjoy. 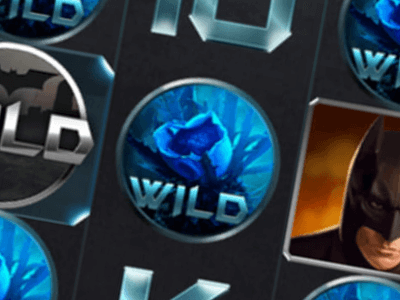 In this section of the slot, there is a flower wild that expands in the share of a crisscross to increase payouts and land multiple wins across the reels 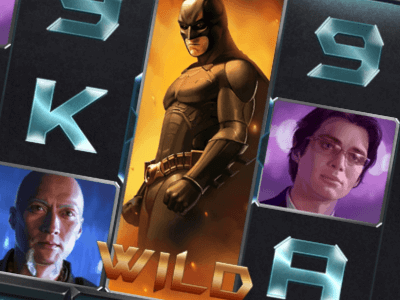 The wild in the Wayne Manor section engulfs the reels and transforms every symbol into wilds, bringing in plenty more payouts. 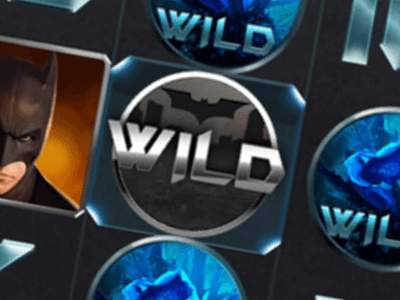 If you land a Batmobile wild during the Batcave section it will trigger the re-spin feature and with each triggering of this wild, you will earn and re-spin and then the symbol will move to the left until the last reel.

When you’re spinning in the Arkham Asylum section, this symbol will randomly turn symbols to wild to create higher wins, with up to a 50x multiplier available. 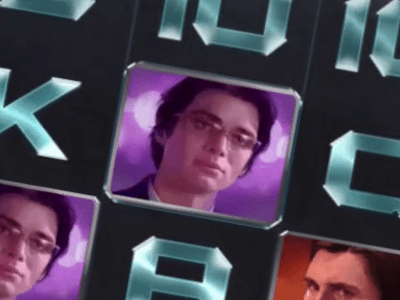 This will select the highest symbol on a payline and transform surrounding symbols into the same symbol for increased win potential. 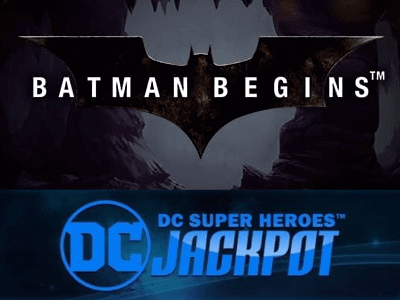 There are four progressive jackpots in this slot. The jackpot round is triggered randomly during any stage. This will take you to the jackpot feature where you pick from one of 20 tiles. If you select four matching tiles, then you’ll win the corresponding jackpot.

Batman Begins from the industry powerhouse games developer Playtech is part of the superhero slot series that includes other Batman, Superman and Wonder Woman themed slots. This game is based on the hit 2005 movie starring Christian Bale as the caped crusader. This game gives you the chance to immerse yourself in the thrilling world of Gotham and fight your way to some serious payouts. Not only is this slot game brimming with features, but it also offers four progressive jackpot prizes.

The game is played across 5 reels and 3 rows, with 20 paylines. The game has five different sections to play through with each section hosting its own special feature. The slot sections are based on different locations from the movie. On the reels, you will find all the familiar characters from the movie. Batman Begins has a graphically rich appearance for a cinematic slot experience.

The main attraction of this slot is the progressive jackpot prizes where you can nab yourself a huge prize. The game does justice to the Batman franchise and has proved very popular amongst players. The excellent bonus features, big jackpots and action-packed gameplay make this a suitable choice for any slot enthusiast, not just fans of the movie.

Playtech are no strangers to producing graphically rich slot games. Batman Begins takes you back to the pivotal moments in the movies with five different locations used for the game’s background, including a temple and snow-covered village. The game’s aesthetics stay true to the style of the movie from Christopher Nolan. On the reels, you will find some of the movies most memorable characters, including Bruce Wayne himself, Ducard, Commissioner Gordon and Dr. Jonathan Crane.

The visuals immerse you into a scene from the movie and the cinematic soundtrack adds suspense to the gameplay. The reels have a very metallic feel, almost like Batman’s utility belt. The reels are encased in a metal border with lights and a digital control panel where you set your bet range and hit the spin button.

When you trigger one of the bonus features you will enjoy some animation and a clip from the movie. When wins are struck the symbols light up and animate while the audio makes it clear something is happening.

Batman Begins is a visually impressive slot with plenty of action on the reels. The game upholds the standards that the much-loved movie set.

The slot has the usual 5-reels and 3-rows. The progressive jackpot amounts are all visible in the top corners of the slot game. At the bottom of the reels, you have the control panel where the spin button is big and clear. Next to that, you can set the auto spins to trigger up to 100 spins. On the other side of the controls sits the bet amount which can be easily adjusted from £0.20 to £200. There is also an information icon that opens a new page with a breakdown of slot symbols and in-game bonus features.

Batman Begins has some awesome win potential thanks to its impressive number of features and progressive jackpots. The Playtech slot has a 95.11% return to player percentage which makes this a medium variance slot. The big wins come through the bonus features where wilds and multipliers are rife, you can land a multiplier up to 50x. Aside from the progressive jackpots, the maximum payout you can hit in this game is £10,000 on any one spin. The progressive jackpots are triggered on any random spin and can see you land a truly life-changing amount of money.

Playtech’s Batman Begins has a lot to live up to with the movie being such a huge success. The game does a great job of bringing the thrill and excitement of the movie to the reels. The action-adventure slot provides a diverse playing environment with multiple slot scenes and 5 rewarding bonus extras. The climax of this movie-themed slot is the four progressive jackpots that are for the taking. You don’t have to be a fan of the movie to appreciate how rewarding this slot is, but it certainly helps.

Play Batman Begins now at the following verified online slot sites. These slot sites have been thoroughly audited and reviewed by us to ensure they offer an exceptional user experience, are trustworthy, safe, secure, and boast the best variation of online slots in their portfolio including Batman Begins:-

Enjoyed Batman Begins? Here's a handful of similar slots we think you'll like too. These online slots have been chosen based on features and themes similar to Batman Begins. You might also want to check out other Playtech slots.