The Suicide Squad slot from Playtech is based on the blockbuster movie about a wild band of misfit superheroes. Played across 5 reels with a 96.53% RTP, the action-packed video slot offers a top payout of £250,000. The game brings the action to the reels with plenty of rewarding features to trigger. The game has a good mix of extras with four randomly triggered progressive jackpots to play for.

“ Full of wild action with plenty of thrills on the reels. ”

Playtech’s DC Super Heroes series slots are fully loaded with thrilling features and Suicide Squad upholds that theme. Just like the movie, the slot is packed with action across multiple rewarding features. As you razz up the reels you will unlock some balance boosting wilds, multipliers, free spins and more. Let’s take a look at what features you will find with this cast of crazy characters. 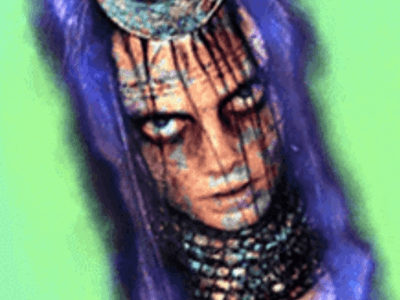 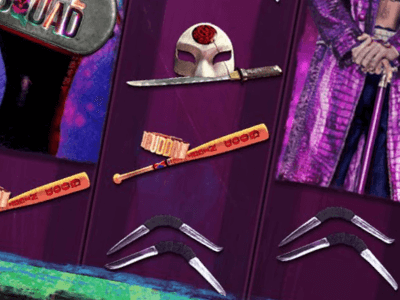 Triggered on a stacked Deadshot symbol on reel 4, this adds 4 Suicide Squad wilds randomly to the reels. 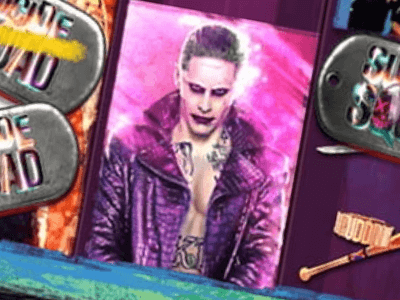 Triggered on a stacked Joker symbol on reel 3, this adds 3 Suicide Squad wilds randomly to that reel. 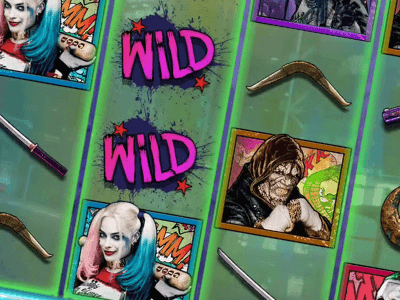 Triggered on a stacked Harley Quinn symbol on reel 4, this adds 4 Suicide Squad wilds to that reel. 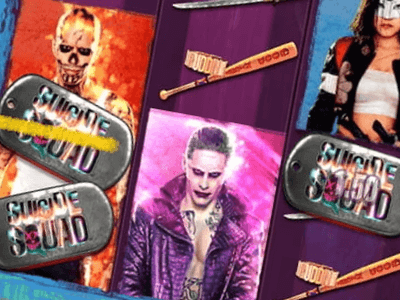 Triggered on a stacked El Diablo symbol on reel 2, this adds 2 Suicide Squad wilds randomly to that reel. 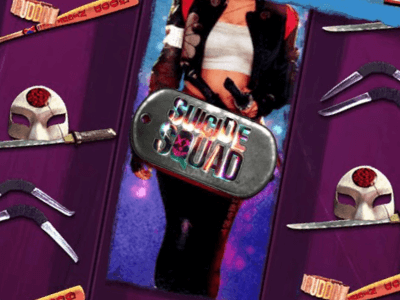 Triggered on a stacked Katana symbol on reel 2, this adds 2 Suicide Squad wilds randomly to that reel. 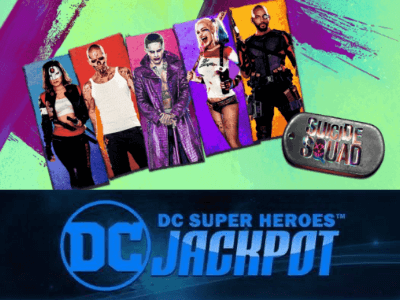 As part of the DC Super Heroes Jackpot network, there are 4 randomly triggered progressive jackpots. This opens a Jackpot Game where you come across 20 jackpot icons. You need to complete the appropriate meters to win that jackpot.

Suicide Squad is a Playtech slot that’s based on the 2016 blockbuster movie starring Will Smith, Margot Robbie and Jared Leto. The slot brings back the whole cast of misfits to the reels with the Joker, Harley Quinn, Deadshot, El Diablo and Enchantress all playing their part on the reels. The game is part of Playtech’s popular DC Super Heroes slot series that also includes games featuring Batman, Superman and Wonder Woman.

The action-packed slot is fully loaded with bonus features, including some very tasty jackpot prizes. Played across 5 reels, 4 rows and 50 paylines, the slot offers the change to hit 500x your stake, up to a top prize of £250,000. The game has the same look and feel as the movie with plenty of colour and lots of immersive animation.

The slot doesn’t take itself too seriously, much like the movie. The game brings plenty of fun with every spin and makes for an indulging slot experience thanks to its awesome visuals and soundtrack. Playtech has knocked it out of the park with the Suicide Squad slot, it hits all the right notes with rewarding gameplay, high paying symbols, big jackpots and a fun theme.

The Suicide Squad slot is brimming with colour and character. The game brings back the excitement of the movie with all the crazy superhero characters making a comeback on the reels. The game uses a lot of greens and purples, which match up with the movie’s branding. The background is the Suicide Squad logo and the reels pop with plenty of vibrant colours. The game’s aesthetics uses messy splatters and brushes of colour, bringing a chaotic feel to the reels.

The visually immersive slot fully engages you through its use of animation and graphics. The reels feature the dysfunctional band of characters with the lower paying symbols represented by the squad’s choice of weapons, including the infamous Harley Quinn bat, a boomerang, samurai sword and a cut throat razor.

When a bonus wild is hit you will enjoy some pretty cool imagery that takes you back to the movie. The reels light up with excitement when you hit rewarding symbols and when a big win is landed, you will see some very thrilling animation.

The game is set on the usual 5 reels with 4 reels and is very uncomplicated to play. The slot features the four progressive jackpot amounts above the reels. At the bottom of the reels, you have the game’s controls which are in line with the slot’s visual design. The spin button is big and clear and next to that is the turbo mode button where you can increase the pace of play and fit in more spin rounds per minute. Then there is the auto play button where you can set up to 100 spins. On the other side of the control panel sits the bet amount that can be set from £0.50 to £500 and next to that is the info button where you can find out how much the symbols are worth and how you trigger the in-game bonus features.

Suicide Squad has a 95.13% RTP making it a medium variance slot. The wins come through the character symbols with Deadshot offering the top prize payout of 250x your bet. The game is packed with features that provide some generous rewards. The climatic payouts come through the elusive jackpot feature where you can trigger one of four sizable jackpots. At the time of writing Playtech’s DC Super Hero jackpot network is offering a top jackpot prize of over £700,000.

Playtech’s Suicide Squad slot is jam-packed with fun features and high paying extras that bring the excitement of the movie to the reels. The main attraction is the progressive jackpot prizes which can deliver a life-changing win. Keep an eye out for those sinister characters, if one of those covers a reel then some high paying wilds are released. The game does a splendid job of keeping the vibe of the much-loved movie. You don’t need to be a fan of the movie to enjoy this fast-paced, high-octane slot game.

Play Suicide Squad now at the following verified online slot sites. These slot sites have been thoroughly audited and reviewed by us to ensure they offer an exceptional user experience, are trustworthy, safe, secure, and boast the best variation of online slots in their portfolio including Suicide Squad:-

Enjoyed Suicide Squad? Here's a handful of similar slots we think you'll like too. These online slots have been chosen based on features and themes similar to Suicide Squad. You might also want to check out other Ash Gaming slots.