Vikings Go to Hell is without a doubt one of the most visually stunning online slots we've ever had the pleasure of playing. The intro video alone feels like it belongs in a Hollywood movie or AAA video game. If the graphics haven't won you over the innovative bonus features such as Berzerk free spins and Demon fights should do. This innovative 5-reel, 25 payline Yggdrasil slot game is a MUST play.

Vikings go to Hell is a feature-rich online slot that successfully builds on the most impressive elements of the previous two games in the series. If we're being completely honest, It can seem a little bit complicated and intimidating at first (especially if you're new to these type of online slot games), but once you get your head around the mechanics of this wonderfully designed title then we can assure you that you're well and truly in for a treat!

During this bonus players are tasked with fighting the 'Lord of Chains', every winning spin destroys a portion of his health bar, manage to destroy all 3 portions, and the Lord of Chains will be defeated, meaning players win 2 random wilds, proceeding onto 'Level 2 free spins'. Level 2 free spins see players get 7 free spins in which all Viking symbols are wild and your overall prize is multiplied by 3x in total.

Finally, there are Treasure Chests. When one of these beauties appear on the reel the player is in for a very good time, the chest will open to reveal a Good or Epic Stone Tablet. This tablet will award any of the following during the base game:

Players that are lucky enough to come across a Treasure Chest during the free spins bonus round will receive one of the following prizes. 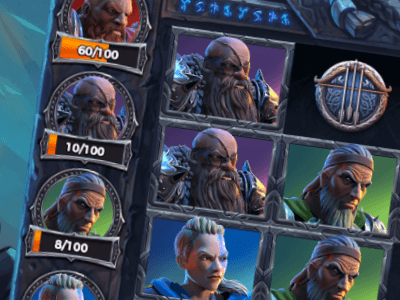 During the base-game, the four Viking characters collect 'rage points' when a winning combination featuring their portrait is registered. Once a Viking reaches 100 rage points a free spin round will trigger. 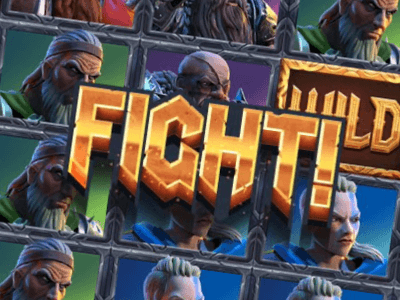 During Berzerk Free Spins players will fight the Lord of Chains. For every winning spin, a portion of the villain's health bar will be depleted. Once it's completely empty players will receive a prize and move onto the next level of free spins. 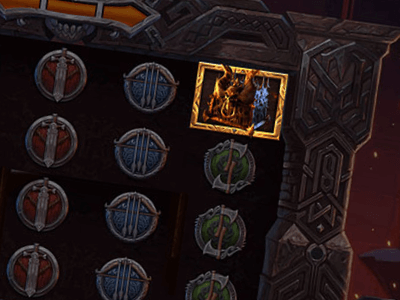 If a Treasure Chest symbol lands on the 5th reel during either the base game or the bonus round then players will automatically receive a good or epic reward which could be free spins, wilds, or win multipliers.

Viking go to Hell sees players set off on what is now their third adventure with Yggdrasil's wild horde of Viking warriors as they seek out victory on the battlefield and of course untold riches and fortune.

There's no denying it, this is one of the most action-packed online slots going, the wonderfully designed 5-reel, 25 payline title boasts extreme drama and a whole host of innovative bonus features that can seriously boost your bankroll with a little bit of luck!

Wow, where do we even begin with this one... Vikings go to Hell is absolutely the crown jewel of the Vikings Go series when it comes to the overall design.

From the moment this game loads up players are treated to a cinematic masterpiece that sees our band of heroes arrive in the depths of hell, faced with demons who want to topple our team of marauders. We can honestly say this felt like a scene from a Hollywood blockbuster rather than an online slot game.

Once you get into the main game the reels are set upon a dramatic stone gate with the face of a Viking carved into the top. Behind the reels are jagged mountains with lava flowing through them. In terms of sound, you've got a dramatic orchestral score that really helps build the tension and atmosphere whilst spinning the reels.

There aren't many online slot developers out there that put as much effort into making their slots look and sound as good as Yggdrasil do, and for that we applaud them!

Whilst this is a pretty complex slot, navigating around Vikings go to Hell couldn't be easier. Players can change their coin value in the left-hand corner of the game screen. Elsewhere, there are two buttons either side of the spin button that allows players to make a max bet and set up anywhere between 10 and an infinite amount of autoplay spins.

There are also four portraits of Vikings on the far-left of the game screen with a bar that will state a value out of 100. This is the rage meter, which climbs up in value each and every time players register a winning spin featuring that Viking. When the rage meter reaches 100 then a free spins bonus round will occur.

Vikings go to Hell as an RTP of 96.10% and a maximum win potential of 3,000x the player's initial stake. Whilst we're happy with the game's overall RTP, we have to say the overall win potential could be a bit higher. Had it have been so, then we're absolutely certain that this slot would have been a 10/10 in our books.

This slot is as close to a perfect 10 as a game can get with us here at Slot Gods, Viking Goes to Hell looks and sounds absolutely fantastic, has some brilliant bonus features and pays out enough to make it well worth your while. If you're looking for an exciting slot with high production values then make sure it's this one!

Enjoyed Vikings Go To Hell? Here's a handful of similar slots we think you'll like too. These online slots have been chosen based on features and themes similar to Vikings Go To Hell. You might also want to check out other Yggdrasil slots.