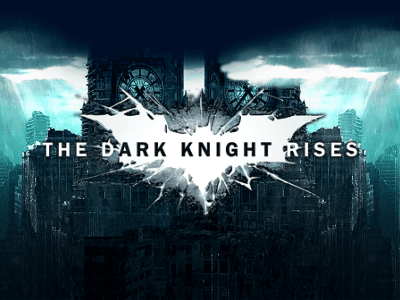 Batman is back, and here's back to fight his biggest foe yet - Bane. The Dark Knight Rises is based on the Christopher Nolan film of the same name and is connected to Playtech's DC Super Heroes Jackpot.

The Dark Knight Rises plays on 5-reels with 576 ways to win! There are 3 different free spins round along with stacked symbols and multipliers. You'll be saving Gotham in no time!

“ Sadly, the Dark Knight doesn't rise in this mediocre slot ”

The biggest feature in this slot has to be the Fusion Reactor Bonus which is triggered by landing 3 fusion reactor symbols on the middle reels. After activating the bonus wheel, you'll spin the wheel to determine how many free spins you get and how many multipliers. If either character (Batman and Bane) hits start, you win their specific free spins but if they both hit it - then you'll get their combined free spins.

There are four progressive jackpots in this slot and they are triggered randomly during each stage. You'll be taken to a mini-game where you pick from one of 20 titles and try to match for that specific jackpot.

Based on the third and final film within The Dark Knight Trilogy, The Dark Knight Rises is a 5-reel, 576 payline slot developed by Playtech. This slot follows closely the third film which sees Batman (played by Christian Bale) go against Bane (played by Tom Hardy) and Batman must face his toughest challenge yet.

Disappointingly, the background of the reels is a static image from the film with no animation or life. There are clouds and lightning but no additional ambient noises or even flashing lights to create a better atmosphere.

The symbols on the reels are decent enough but nothing special. They are images from the film such as certain vehicles and characters but they don't animate at all throughout spins.

Interestingly, the music is a little more intense with a grand score but it just doesn't go with the visuals. It could potentially be a product of the time, but this slot just feels lifeless in terms of design.

Despite the slot having 576 ways to win, the gameplay is relatively straightforward. The slot plays on 5-reels with 576 ways to win and anyone can literally pick up and play this slot.

Like in most of the Playtech DC Super Heroes series, the jackpot is at the top of the reels with all the other buttons at the bottom. You have the spin button to the far right and the autospin button next to it. Any other information can be found in the button to the far left titled 'info'.

The maximum base win for this slot is 25,000x your stake which can be won through the Fire Rises Feature with the maximum multiplier and filling the reels with Batman symbols.

Sadly, the RTP is 93.76% with a high volatility level - but this is perhaps due to the jackpot within the slot. Obviously, this isn't brilliant but it's expected for a slot with a jackpot.

Compared to the other slots within the Nolan trilogy, Batman Begins and The Dark Knight, The Dark Knight Rises falls a little flat. In terms of design, it's a poor looking slot even for 2016 and looks like a cheaply branded slot. The gameplay isn't anything too special and the win potential in terms of RTP is lower than the other slots within the trilogy.

Of course, if you love the series, then you should definitely give this slot a spin. However, we'd recommend you playing Batman Begins or The Dark Knight instead.