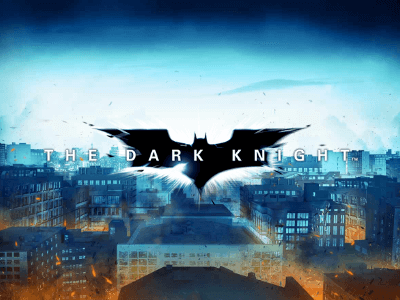 Based on the Hollywood blockbuster film by Christopher Nolan, The Dark Knight is a 6-reel, 50 payline slot developed by Playtech. This slot is bursting to the brim with features and all your favourite characters!

If that isn't enough, it's even connected to the DC Super Heroes Networked Jackpot so you could have life-changing wins. Become the hero that Gotham deserves and gain some satisfying wins whilst doing so.

“ Despite the low payout, this slot is worth a spin for the four mighty progressive jackpots ”

Jump straight into the action and play The Dark Knight now at the following fully licenced UK slot sites. These slot sites have been thoroughly audited and reviewed by the team here at Slot Gods to ensure they offer an exceptional user experience, are trustworthy, safe, secure, and boast the best selection of online slots in their portfolio including The Dark Knight...

The biggest payouts come from the DC Super Heroes Jackpot which can be won on any spin (even losing ones). There are 4 different progressive jackpots which include:

During this respin, all the Batman symbols lock to the reels with a coin being tossed. If you manage to land the coin on the Batman side, then the reels will spin again.

All the Joker symbols or the Batman bonus symbols will lock onto the reels, just like in the Batman respins. If you land the coin on the Joker side, then the reels will spin again.

If you land the Batman bonus symbol on reels 2 and 3, then you'll receive 7 free spins. Any of the Batman symbols on the reels will turn wild and lock to the reels.

Likewise to the previously mentioned free spins, if you land the Joker-style Batman symbols on reels 4 and 5, then you'll win 7 free spins. All the Joker symbols will land in different sizes making for more wins.

Managing to land Batman bonus symbols on reels 2 and 3 with the Joker-style Batman symbols on reels 4 and 5 will trigger 6 free spins. All the bonuses from the other free games will be added such as the locking wilds and larger symbols.

During any spin, players can trigger the DC Super Heroes Jackpot and players are taken to a pick and click mini-game. Lucky players could win on one of the four progressive jackpots!

Many will have heard of Christopher Nolan's The Dark Knight due to the phenomenal performers in the film. Heath Ledger as the Joker and Christian Bale as Batman are utter perfections and a cinematic match made in hell.

It's no wonder that Playtech decided to release a follow up to the successful Batman Begins slot - thus The Dark Knight slot was born. This slot plays on 5-reels with 50 paylines and even is connected to the DC Super Heroes Jackpot - what more could you want?

On the surface, this slot is quite clunky for a modern audience but it does fit in with the DC Super Heroes style. It may not be the most exciting design, but it fits in with the brand which makes it decent in our books.

The symbols on the reels feature the characters throughout the film with no one being missed off. You'll find Chief Jim Gordon (played by Gary Oldman), Two-Face (played by Aaron Eckhart), Rachel Dawes (played by Maggie Gyllenhall), The Joker (played by Heath Ledger) and of course Batman (played by Christian Bale).

Behind the reels, you'll find a skyline view of Gotham City with flames at the bottom of the screen and bats at the top. It makes not be earth-shattering, but it definitely puts you in the Batman mood.

There's not much of a licenced soundtrack, but it features an epic score that fits in with the darkness of Batman. It definitely builds up tension as you spin the reels!

The core gameplay is relatively straightforward with everything being explained. It only really gets a little tricky with the jackpot, but it will walk you through it and what you do during the mini-game.

From left to right, you have all the information that you need with the paytable, stake selection, autospins and the spin button.

Surprisingly, this slot has a low to medium volatility level with a pretty good RTP of 95.96%. Of course, the maximum base game win is 1,500x your stake - but the biggest win comes from the DC Super Heroes Jackpot! There are four different progressive jackpots that can see players win up to £1,000,000.

It's no surprise that The Dark Knight is still a popular slot amongst player as there are so many creative features in this slot! This added with the brand of Batman and the progressive jackpot, just make it a winning formula.

Be sure to check out other titles within the DC Super Heroes series such as Man of Steel or Suicide Squad.

Play The Dark Knight now at the following verified UK slots sites. These slot sites are fully licenced and have been thoroughly vetted and reviewed by us to ensure they offer a great user experience, are trustworthy, secure, and have a wide variety of the best online slots in their lobbies including The Dark Knight:-

Enjoyed The Dark Knight? Here's a handful of similar slots we think you'll like too. These online slots have been chosen based on features and themes similar to The Dark Knight. You might also want to check out other Playtech slots.