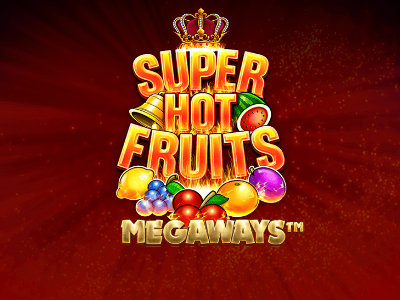 Super Hot Fruits Megaways is a 5-reel, 117,649 ways to win slop developed by Inspired that sees players trigger a unique Hot Spins feature that kicks in whenever they manage to register a decent sized win. This unique bonus feature allows players to put their winnings on the line, spinning 4 sets of reels in the hopes of massively boosting their bankroll. This classic fruit machine-themed slot is a bit of an acquired taste, but if it's your kind of thing then you'll fall in love.

“ Certainly not for everyone, but if you like high-octane gameplay then you'll enjoy this game's features ”

Jump straight into the action and play Super Hot Fruits Megaways now at the following fully licenced UK slot sites. These slot sites have been thoroughly audited and reviewed by the team here at Slot Gods to ensure they offer an exceptional user experience, are trustworthy, safe, secure, and boast the best selection of online slots in their portfolio including Super Hot Fruits Megaways...

The main feature of this unique online slot is Hot Spins. Hot Spins see the game transform into 4 individual sets of reels, each with an RTP of 100%. During this feature wild symbols can land on the third reel of each set, potentially stacking leading to huge winning combinations.

If a player is playing at £10 per spin and they were to win £80 during base gameplay they would then have the option to stake the £80 they had just won on two Hot Spins (costing £40 each).

If their Hot Spins are successful then the player will boost the value of their original win, if they lose both then they'll walk away with no winnings whatsoever.

Players can continue to make Hot Spins as the value of their original win grows, however, they can choose to collect their winnings at any time. This feature is somewhat akin to a classic gamble feature, except significantly more engaging.

During this feature, all wins are paid from left to right across adjacent reels, regardless of size.

If players see their casino balance drop below the price to make a spin (but greater than zero) then they'll automatically be offered the opportunity to wager everything left in their account to win an additional spin.

The red and green segments are proportional to the amount of credit in relation to the current bet. The chance of winning a spin is determined by this ratio.

If the player accepts the Spin Chance then they'll play a mini-game that sees a point either land in the red or green. If it lands in the green then they'll receive a spin, if it's red then gameplay ends as the player's balance has been completely depleted. 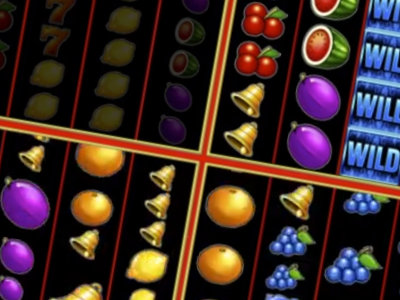 When players register a win valued at more than 4x their original stake then they will be offered the chance to play the Hot Spins feature which sees them risk a percentage of their winnings to spin four individual sets of game reels. 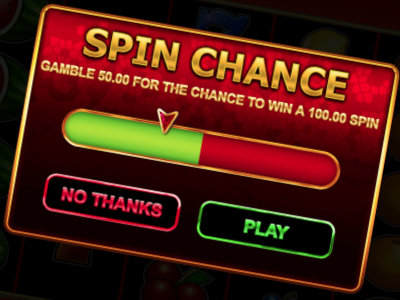 If player's balance drops below the cost to make a spin at their current stake then they'll be given the opportunity to risk it all in order to get one more additional spin. If the player loses on the Spin Chance then their balance drops to £0.

We were drawn towards Super Hot Fruits Megaways for a handful of reasons, the main one being that this old-school Fruit Machine-themed slot from Inspired Entertainment had been boosted with the legendary Megaways mechanic! It's genuinely not too often that you see a classic-style slot given the Megaways treatment, so we just had to give this 5-reel, 116,649 ways to win slot a spin ourselves in order to find out what it's all about.

Considering this game's predecessor Super Hot Fruits gained over one billion lifetime plays it hardly comes as a surprise that this slot eventually cropped up... So, if you're ready for high-octane gameplay featuring adjacent pays, Hot Spins and hundreds of thousands of ways to win then you've come across the right game.

Super Hot Fruits Megaways is pretty much your stereotypical classic fruit-machine style slot, if this is your bag then we think you'll truly enjoy this game... If not, then you might be a little bit underwhelmed as it really is a blast from the past and not for everyone.

The reels are plain black, featuring classic fruit machine symbols. Low paying symbols include watermelon, plum, grapes, lemon, orange, cherries and a bell. High paying symbols include a blue 7, a flaming 7 and a royal crown. The game's special symbol is a a blue square box with the word 'WILD' written within it.

Base gameplay couldn't be simpler, players spin the reels and register wins in the same manner they would with any Megaways slot... However, it's the Hot Spins feature that makes this slot a little bit more complex than most games of its type. Whenever players triggers a winning combination worth more than 4x their stake then they'll trigger the Hot Spins feature.

This sees players offered the opportunity to spin 4 separate sets of game reels at 100% RTP for the cost of 4x their original base game stake. Players can opt to take their original winnings and continue playing the base game instead of playing these special spins.

With regards to navigating the slot, players can access a game menu and change their stake using buttons on the left side of the game reels, whilst the spin and autospin buttons are found on the right-hand side... It's that simple!

This high volatility slot has an RTP of 94% (which we suspect is low due to the fact that the hot spins feature offers players an RTP of 100%) and a maximum win potential of 10,000x the player's stake.

Super Hot Fruits Megaways most certainly won't be to everyone's liking, but it's still an enjoyable slot, especially if you're a fan of high-stakes, high-octane gameplay. You can put a lot on the line with the Hot Spin feature, and for some players with a decent bankroll then that's a huge draw.