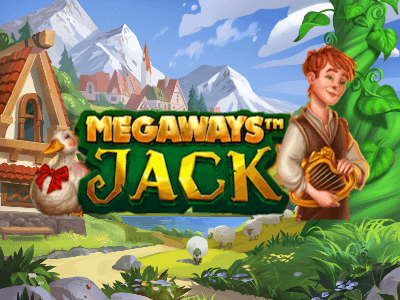 Megaways Jack is a wonderfully designed fairytale-themed slot developed by Iron Dog Studios! This 6-reel, 117,649 ways to win Megaways title can see players win an incredibly impressive 25,000x their initial stake! These big wins can come thanks to a number of generous bonus features and mechanics that include additional and random wilds, re-spins, multipliers and free spins.

“ Megaways Jack is beautifully designed and boasts some great features! ”

Jump straight into the action and play Megaways Jack now at the following fully licenced UK slot sites. These slot sites have been thoroughly audited and reviewed by the team here at Slot Gods to ensure they offer an exceptional user experience, are trustworthy, safe, secure, and boast the best selection of online slots in their portfolio including Megaways Jack...

Megaways Jack doesn't feature a whole host of bonus features and mechanics, but those that it does have are pretty all-encompassing and are more than enough to keep anyone busy for a while!

On the left-hand side of the game reels is a magical golden harp. Every so often this harp will be plucked by a golden woman (who makes up part of the instrument), this will award players with a random modifier that boosts their gameplay. These modifiers are as follows:

Free spins can be triggered by climbing up 8 leaves sprouting off the beanstalk. Each time players trigger a successive combination of symbols then they'll climb up one place and the leaf will turn golden... However, landing magic beans or harp symbols on the reels can also see players climb up the beanstalk one place.

The beanstalk doesn't end at 8 leaves though! Players can climb up a total of 13 leaves, and doing so will award players with better and better outcomes that are as follows:

These free spins come bundled with an unlimited progressive win multiplier that increases by 1x with every consecutive win.

On top of this, if players land a reel that features the maximum number of symbols (seven) then that reel will lock, always offering the player seven symbols for the remainder of the bonus feature. On the left-hand side of the game reels is a magical golden harp. Every so often this harp will be plucked by a golden woman, this awards players with a random modifier that boosts their gameplay. Every time the game reels cascade, magic beans land on the reels or the harp feature comes into play then players will work their way up a beanstalk. If players climb up 8 or more leaves then they'll trigger the free spins bonus.

Megaways Jack is a fairytale-themed slot developed by Iron Dog Studios that's based on the classic tale of Jack and the Beanstalk! This Megaways slot boasts a number of bonus features and mechanics such as cascading reels, additional and random wilds, re-spins, multipliers and free spins.

This quaint game is beautifully designed with all of the hallmarks of a classic fairytale-themed title. On one side of the reels is Jack's family home where the beans were dramatically thrown from the window by his mother in the famous tale, on the other side is the beanstalk itself climbing high into the sky! Low paying symbols on this slot are stylised versions of the standard 10, J, Q, K and A. High paying symbols include a cow, a goose that lays golden eggs, Jack's mother, the giant and of course Jack himself!

There are a number of special symbols that can also land on the reels, these include a golden goose egg which acts as a wild. magic beans that help send players towards the free spins feature and a magic harp feature that triggers multiple modifiers!

The game's soundtrack is upbeat, cheerful and genuinely put a smile on our face! It fits the aesthetic of this slot well and we do genuinely rate it, that being said, it can get a bit repetitive after a while as the soundtrack repeats often.

The game is navigated via four buttons found along the bottom of the game reels. On the left-hand side players will find a question mark that displays the game rules and paytable when clicked as well as a button that allows players to set their stake anywhere between 0.20 and 10.00 (this may vary depending on the casino). On the right-hand side of the game reels there's an autoplay button (that allows players to set up to 99 automated spins) and a spin button.

This high volatility slot has an RTP of 96.20% and a maximum win potential of 25,000x the player's stake, which is absolutely fantastic!

Megaways Jack impressed us, who can possibly turn their nose up at a Megaways slot that boasts impressive features and mechanics such as the ones that appear here? It's a wonderfully designed, innovative slot that can give players a real chance of winning generous cash prizes!

Play Megaways Jack now at the following verified UK slots sites. These slot sites are fully licenced and have been thoroughly vetted and reviewed by us to ensure they offer a great user experience, are trustworthy, secure, and have a wide variety of the best online slots in their lobbies including Megaways Jack:-

Enjoyed Megaways Jack? Here's a handful of similar slots we think you'll like too. These online slots have been chosen based on features and themes similar to Megaways Jack. You might also want to check out other Iron Dog Studio slots.