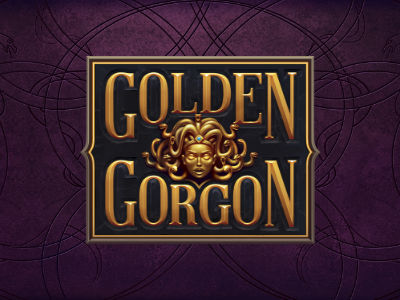 It's time to face the scariest Gorgon and travel back to ancient Greece in order to destroy it once and for all. Developed by Yggdrasil, Golden Gorgon is a 5-reel slot with 25 paylines.

With features such as the Golden Gaze and Multipliers, players will be taking the golden riches hidden away in no time.

If you fill the columns with winning symbols from left to right, then a Multiplier will be awarded. Ultimately, this multiplier is equal to the number of columns that are filled. 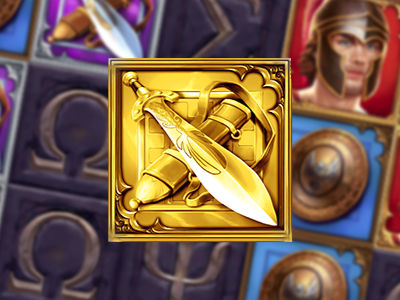 This is a hold and respin feature that triggers every time there is a winning symbol. It'll be held in place and continues until there are no new winning symbols. 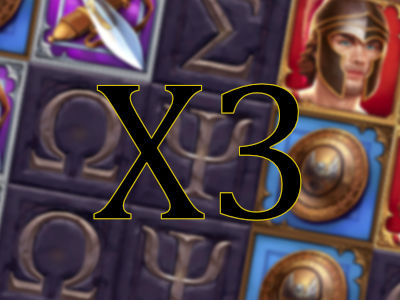 Filling the columns from left to right with winning symbols awards a multiplier that is equal to the number of columns filled.

In ancient Greek myths, the Gorgons were creatures that the heroes often faced. These included Stheno, Euryale and the most popular being Medusa. Yggdrasil decided to base a slot all around this Greek myth with a focus being on Medusa herself.

Golden Gorgon is a mythical slot that plays on 5-reels with 25 paylines. The slot features two main features, one of which includes a respin feature, whilst the other one contains increasing multipliers. Can you defeat the terrifying Medusa, or will you fail victim to her curse?

Situated in a creepy crypt, you'll find the home of Golden Gorgon. The wall contains carvings of a venomous looking snake that matches with the main villain Medusa. Speaking of Medusa, you can find her on top of the reels with golden snake tails creeping around the reels as well.

In terms of the symbols on the reels, you'll notice a variety of Greek letters including Alpha and Beta on the reels alongside things you'd expect to see such as Perseus and various weapons he had.

The only real animation in this slot comes from Medusa herself as her eyes light up gold for the feature, but it's effective enough in creating an atmosphere.

Perhaps, the strangest thing has to be the music as it's an 80s inspired synth track that feels like it fits better in Stranger Things than it does in a mythical slot. Sure, it's not awful by any means - but it's definitely unusual.

The gameplay of Golden Gorgon is pretty standard for an online slot with 5-reels and 25 paylines - but the Golden Gaze feature adds a different level. The hold and respin feature whenever there is a winning symbol is exciting to watch and a welcomed addition to the slot.

Like in most Yggdrasil slots, you can find the relevant buttons at the bottom of the screen. The spin button is in the middle with the autospin and bet level to either side of it. Further to the left, you can find a drop-down menu with further options.

With an RTP of 96%, Golden Gorgon has a decent level that is just above the average standard. In terms of the volatility level, this slot is a high volatility slot with a maximum payout of 2,500x your stake. Whilst this amount may seem lower than expected, players can be between 0.25 to 400.00, so wins could potentially be impressive.

Golden Gorgon will not re-invent the reels when it comes to mythical slots - but it's entertaining enough to provide some enjoyment with the simple features. Like most Yggdrasil slots, the visuals are incredible but don't feel as polished as Dr Fortuno or Hades Gigablox.

The maximum payout is 2,500x your stake (which is low for a high volatility slot) but the bet level can reach up to 400 - so there can be decent wins provided that you have the budget to compensate. Don't expect a new classic, but definitely play Golden Gorgon if you love simple mythical slots with engaging gameplay.

Play Golden Gorgon now at the following verified online slot sites. These slot sites have been thoroughly audited and reviewed by us to ensure they offer an exceptional user experience, are trustworthy, safe, secure, and boast the best variation of online slots in their portfolio including Golden Gorgon:-

Enjoyed Golden Gorgon? Here's a handful of similar slots we think you'll like too. These online slots have been chosen based on features and themes similar to Golden Gorgon. You might also want to check out other Yggdrasil slots.