In the next instalment of the Beat the Beast series, you now journey to Quetzalcoatl’s Trial to uncover the hidden riches within the temple.

Playing on 5-reels with 9 paylines, you can win up to 5,555x your stake in this high volatility slot. Do you have what it takes to conquer Quetzalcoatl’s Trial and reclaim the riches once and for all?

“ Unique in design but sadly just mediocre in payouts ”

Jump straight into the action and play Beat the Beast: Quetzalcoatl’s Trial now at the following fully licenced UK slot sites. These slot sites have been thoroughly audited and reviewed by the team here at Slot Gods to ensure they offer an exceptional user experience, are trustworthy, safe, secure, and boast the best selection of online slots in their portfolio including Beat the Beast: Quetzalcoatl’s Trial...

Sadly, there isn't a lot to the features in Beat the Beast: Quetzalcoatl’s Trial. The first feature includes the recurring emblem symbol that acts as a scatter and a wild.

Now, the second feature includes the bonus game with free spins but adds a whole new level to it. Instead of just a basic free spins round, there are different levels that you can climb up to get more rewards.

There are 5 different levels and each gets filled up by orbs obtained through spinning. Ultimately, if you fill the last meter up, then all the mid-symbols will turn into the Quetzalcoatl symbol. In a nutshell, each meter being filled leads to symbols being replaced into higher symbols. 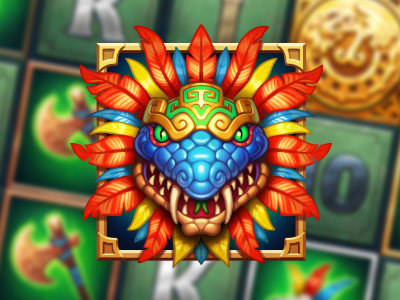 The Quetzalcoatl emblem symbol acts as both a scatter and a symbol throughout this slot. It can substitute any other symbol within the slot to make it easier to obtain the bonus game. 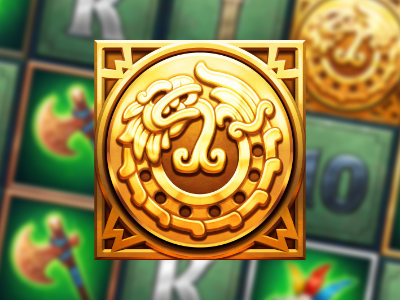 Like in the other titles, landing 3 or more emblem symbols will trigger the bonus game and award 10 free spins. However, this slot consists of a 5-level free spin mode where players collect wild symbols to level up the meter for bonuses.

It's time to journey to Quetzalcoatl’s trial to learn the secrets hidden in the temple and uncover the riches in the depths. As the fourth in the Beat the Beast series, Beat the Beast: Quetzalcoatl’s Trial is based around a feathered-serpent deity of ancient Mesoamerican culture.

In Aztec times, Quetzalcoatl was revered as a patron of the priests and invented many brilliant things such as calendars and books. Of course, being so successful and revered, Quetzalcoatl clearly has treasure hidden away and this slot follows that trial.

Developed by Thunderkick, this mythical, adventure slot plays on 5-reels with 9 paylines. Ultimately, players can win up to 5,555x their stake provided that they level up the free spins to 5.

Honestly, the background of this slot is breathtaking. There are so many different colours surrounded by greenery, sunsets and temples with it all blending together to create something beautiful. It almost looks like a filter has been placed on the slot but it just looks fantastic.

The reels feature a variety of different symbols related to Quetzalcoatl and they look incredible. From the Quetzalcoatl emblem symbol to the treasures, it looks so detailed and expertly crafted.

Now, the music is tranquil at times with soft flutes and ambient chanting but is intensified by the drums.

Like most titles within the Beat the Beast series, this one doesn't have a lot going for it in terms of features. For example, there are 2 main features and that's about it. The slot itself plays on 5-reels with 9 paylines and that's how complicated it gets. Of course, all menus and buttons can be found underneath the reels with the spin button to the far right and next to the autospin.

You can expect high volatility from this slot just like in the other titles within the series. Of course, the RTP is decent at a solid 96.16% but the maximum win is quite low. Sadly, you can only win up to 5,555x your stake throughout this slot and it can be obtained by reaching level 5 of the free spins.

Whilst this slot is designed superbly and the gameplay is entertaining enough, the payout is too low for our liking. Sure, the RTP is solid but the maximum of 5,555x your stake is just too little.

Of course, if you are a fan of this series, then definitely check out Beat the Beast: Quetzalcoatl’s Trial for the impressive design and simplistic gameplay. However, if you do want more then try out Beat the Beast: Kraken's Lair for a higher payout of 7,777x your stake instead.

Play Beat the Beast: Quetzalcoatl’s Trial now at the following verified UK slots sites. These slot sites are fully licenced and have been thoroughly vetted and reviewed by us to ensure they offer a great user experience, are trustworthy, secure, and have a wide variety of the best online slots in their lobbies including Beat the Beast: Quetzalcoatl’s Trial:-