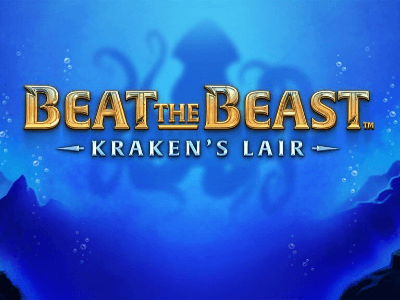 Journey to the depths of the ocean and face the mighty Kraken to recover hidden treasure lost to the monster. Developed by Thunderkick, Beat the Beast: Kraken's Lair is the first within the Beat the Beast series and can pay out up to 7777x your stake.

This slot features expanding wins and a bonus game with free spins - so prepare your finest ship and sail to Beat the Beast: Kraken's Lair.

“ Win up to 7777x your stake and conquer the Kraken whilst doing so! ”

Jump straight into the action and play Beat the Beast: Kraken's Lair now at the following fully licenced UK slot sites. These slot sites have been thoroughly audited and reviewed by the team here at Slot Gods to ensure they offer an exceptional user experience, are trustworthy, safe, secure, and boast the best selection of online slots in their portfolio including Beat the Beast: Kraken's Lair...

Aside from the Kraken emblem acting as a scatter and a wild, there isn't much to Beat the Beast: Kraken's Lair. Amazingly, it can general the scatter pay and pay line wins.

Landing 3 or more Kraken emblems can lead to 10 free spins which can be retriggered. Wins can even expand through the Expanding win feature! 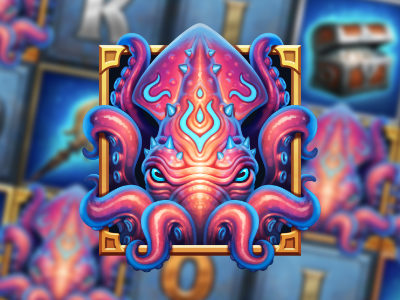 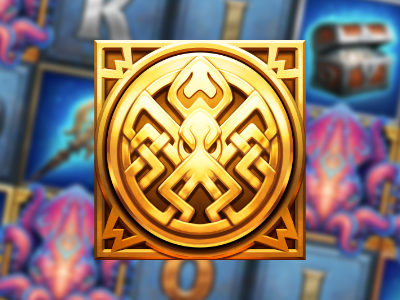 This feature occurs when a payline forms a win with a Kraken emblem symbol. These symbols expand individually except the Kraken emblem never expands.

Start off the grand conquest in the Beat the Beast series by defeating the Kraken in Beat the Beast: Krakens' Lair. In this mythical slot, you'll dive deeps into the depths of the ocean to find the glorious but terrifying Kraken.

This slot plays on 5-reels with 9 paylines and gives players the potential to win up to 7,777x your stake. Developed by Thunderkick, this slot gives you free spins and expanding symbols to help you battle the Kraken and find the hidden treasure.

Epic and grand music play in between and during spins to create music to get your blood pumping. You'll feel like you've taken on a dangerous quest and it's up to you to defeat the Kraken. Overall, the design isn't anything special but it's exactly what you'd expect for a modern online slot.

There's not a lot to the gameplay of this slot as it plays on 5-reels with 9 paylines. Even the features are minimum and easy to pick up with the free spins and expanding symbols. Anything else such as menus, spin button and bet levels can be found at the bottom of the reels with the spin button being to the far right. You can set up to 5,000 autospins during this slot.

Beat the Beast: Kraken's Lair has a high RTP of 96.12% and features a high volatility level. This means that will receive payouts less frequently but they'll be high when they do - so make sure that you have the bankroll to sustain your gameplay.

The highest win is 7,777x your stake and pays out by filling the reels with the Kraken emblem during the free spins round. Sadly, that's the most that you will get in this slot as there is no additional jackpot available.

This definitely kicks of the Beat the Beast series in style with a decent win potential with the RTP and maximum win. However, it may not be enough for the mighty jackpot hunters. The lack of major features makes the gameplay feel a little lacking at times and it's a mystery as to who this slot is intended for. With a much bigger payout, it'd be clear that this is for high rollers but 7,777x your stake isn't the highest payout we've seen.

If 7,777x is a solid win to you, then it's highly recommended to give this slot a spin. However, if you want a jackpot slot set underneath the ocean with mythical characters, then try out Kingdoms Rise: Guardians of the Abyss instead.