The Jackpot King is added to a classic!

As one of the most popular slot developers out there, Blueprint Gaming is known for iconic slots such as The Goonies and Rick & Morty: Megaways. The company is also known for an impressive jackpot called Jackpot King.

Jackpot King is often on the top ranking lists of jackpots and available at most slot sites. In a recent announcement, Blueprint Gaming announced that The Goonies Return will now feature a Jackpot King version.

What is The Goonies Return?

As a sequel to the original The Goonies slot, The Goonies Return plays on 5-reels with 20 paylines and contains a whole host of features such as One-Eyed Willy Bonus, One-Eyed Willy Riches and the bonus spins leading to wins of up to 50,000x your stake. 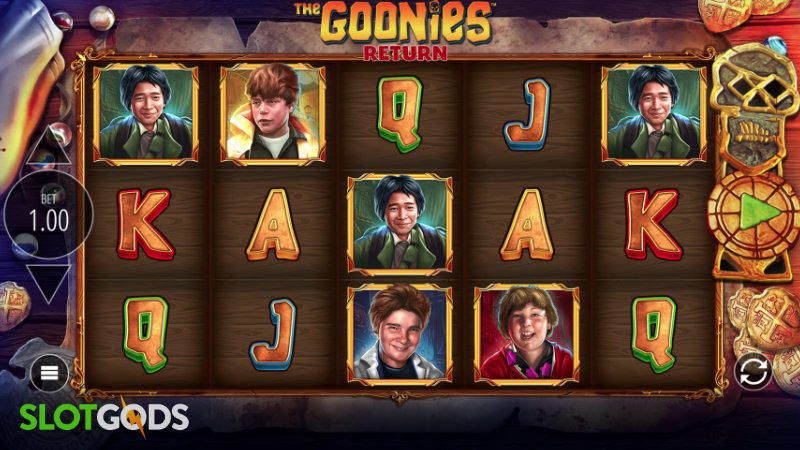 On top of the amazing gameplay, players can experience the full force of the movie with all the best characters returning such as Chunk, Mouth, Mikey and Data.

Jo Purvis, director of key accounts and marketing UK at Blueprint Gaming, said: “By popular demand, we have combined an absolute favourite among players, The Goonies Return, with the legendary Jackpot King progressive module, resulting in an epic new adventure.”

She added: “The sequel to our classic game featuring the iconic gang proved just as popular as the original. Adding Jackpot King functionality is set to drive even further engagement, as well as open the gameplay to a new audience of jackpot players.”