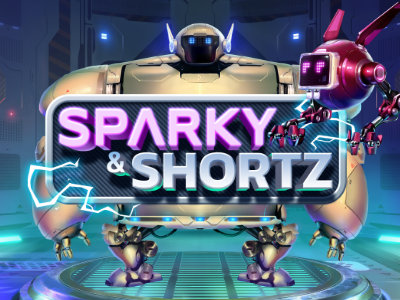 Sparky and Shortz is a 5-reel, 10 payline space-themed slot developed by the genius team at Play'n GO. This fantastic slot boasts base game win multipliers, a boost meter and an absolutely incredible free spins bonus that can see players win up to 100 free spins with an unlimited win multiplier in place. This high volatility slot offers players a chance to win 10,000x their stake and it definitely not one to be missed out on.

Jump straight into the action and play Sparky and Shortz now at the following fully licenced UK slot sites. These slot sites have been thoroughly audited and reviewed by the team here at Slot Gods to ensure they offer an exceptional user experience, are trustworthy, safe, secure, and boast the best selection of online slots in their portfolio including Sparky and Shortz...

“ Sparky and Shortz has the potential to become a future Play'n GO classic! ”

Sparky and Shortz genuinely excels when it comes to bonus features and mechanics. Whilst there aren't actually that many to shout about, they're all good enough on their own that they caught our attention as soon as we saw them come into play.

We were particularly impressed with the free spins bonus that netted us an incredible amount of money, want to see it for yourself? Check out the video below!

The Boost Meter may randomly activate at any time during base gameplay. If this happens one of the multiplication values is chosen at random. If a stacked reel lands during this then the win multiplier increases with the value of the boost meter.

When players land 3 Power Cell scatter symbols anywhere on the reels players will trigger a free spins bonus round that sees them receive 10 free spins. During the free spins the Boost Meter is always active and landing 3 more Power Cells at any time will see 5 free spins added to the bonus feature. Players can realistically win up to 100 free spins. 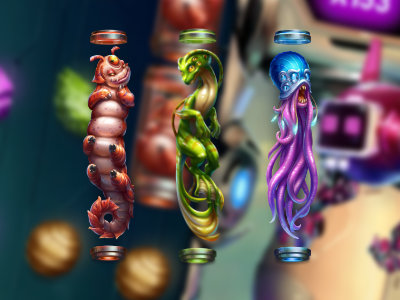 If 3 of the same symbols land on any given reel then they'll become a single stacked symbol and increase a win multiplier by +1 (and even more during the free spins feature). 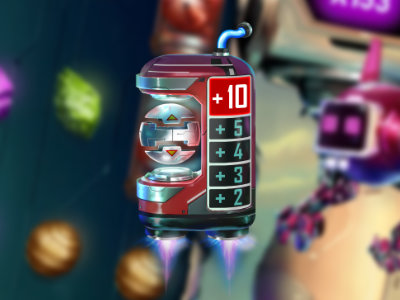 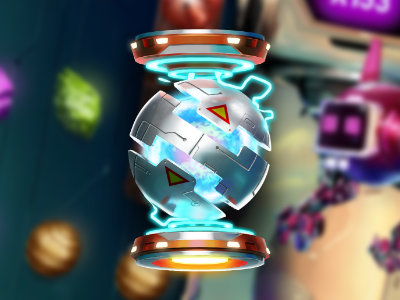 When 3 Power Cell symbols land players will trigger 10 free spins. During this feature the Bonus Meter is always active. Landing 3 more scatters will players receive 5 more free spins up to a maximum of 100.

Sparky and Shortz is an exciting 5-reel, 10 payline space-themed slot developed by Play'n GO that's so thrilling we could see this quirky robot duo become the face of the franchise in the not-so-distant future. This generous slot can see players win big by way of a Boost Meter, stacked symbols and an incredible free spins bonus that can see players 100 free spins with HUGE win multipliers.

Sparky and Slot is an incredibly creative slot, the game sees players transported to a deep underground vault where Sparky the repair robot is working on fixing his friend Shortz, a multi-functional life-saving robot in an attempt to get him working again so he can save their home planet Alpha Labori, which is at threat of complete extinction.

The reels are set upon the chest of Shortz, within these reels are some of the most intricately designed high paying symbols we've ever seen in an online slot.

High paying symbols are various space aliens floating in a test tube... Whenever an entire reel is filled with matching alien symbols they become stacked and the alien breaks free of the tube and fills an entire reel, it's genuinely a sight to behold! Low paying symbols are all different coloured space rocks that can also expand during the free spins bonus. The game's wild symbol is an entire swirling galaxy trapped within a test tube whilst the scatter is a Power Cell.

Whenever players manage to trigger the free spins bonus Sparky and Shortz fly up an elevator and are transported to the surface of the planet Alpha Labori where they get to work in saving their homeland! It's all incredibly well thought out and we're appreciative of how much effort that has been put in by the team at Play'n GO.

In terms of the soundtrack, base gameplay sees players treated to a fast-paced techno song that features ambient noises that sound like the clang of hammer against metal as Sparky repairs Shortz. When the free spins bonus feature kicks in everything is kicked up a notch and a catchy dubstep track plays, a brave move from Play'n GO that genuinely pays off, dubstep might be a thing of the past, but it fits Sparky and Shortz PERFECTLY.

This 5-reel, 10 payline slot plays like most standard online slots, however matching stacked symbols will transform into one special symbol and increase a win multiplier by +1 whilst a Boost Meter is activated randomly during base gameplay.

In terms of navigating the slot in general, everything is delightfully simple. An action bar runs along the bottom of the reels featuring (from left to right) an info button (which brings up the paytable and game rules), stake selection, spin and autospin.

This high volatility slot has a win potential of 96.28% and a maximum win of 10,000x the player's stake, which we're very happy with! We also have to take a moment to appreciate how lucrative this game can truly be. Whilst playing we took full advantage of the Boost Meter and we managed to have an amazing run on the free spins feature which saw us turn 10 free spins into a 55, with an overall win multiplier of 157x, which is quite frankly is amazing.

We genuinely fell in love with Sparky and Shortz, this space-themed slot gave us some serious Reactoonz / Dr. Toonz vibes, which hardly comes as a surprise considering they were also developed by Play'n GO. The artwork, soundtrack and generous free spins bonus are what cemented this slot as a top game for us.

Play Sparky and Shortz now at the following verified UK slots sites. These slot sites are fully licenced and have been thoroughly vetted and reviewed by us to ensure they offer a great user experience, are trustworthy, secure, and have a wide variety of the best online slots in their lobbies including Sparky and Shortz:-

Enjoyed Sparky and Shortz? Here's a handful of similar slots we think you'll like too. These online slots have been chosen based on features and themes similar to Sparky and Shortz. You might also want to check out other Play'n GO slots.