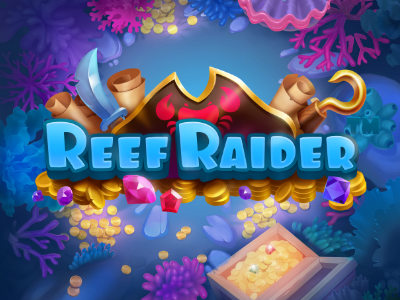 If you've ever wanted to play an online slot with a crab dressed as a pirate - then you've come to the right place. Developed by NetEnt, this pirate slot plays on a grid of 7x7 and uses the Cluster Pays mechanic.

Reef Raider contains four modifiers, multipliers and free spins in this delightful slot. With the help of the features, you could win up to 8,500x your stake in this medium volatility slot.

Jump straight into the action and play Reef Raider now at the following fully licenced UK slot sites. These slot sites have been thoroughly audited and reviewed by the team here at Slot Gods to ensure they offer an exceptional user experience, are trustworthy, safe, secure, and boast the best selection of online slots in their portfolio including Reef Raider...

“ A crab-tastic slot that is undisputedly enthralling ”

To gain wins in this slot, you need to match 5 of the same symbols, which can be horizontally or vertically. This is the Cluster Pays mechanic and it's different to the traditional slot format. Alongside the Cluster Pays mechanic, there is an Avalanche feature which leads to winning symbols exploding and disappearing. They leave a space for a second Avalanche and this continues until there are no more wins.

As you open up the slot, you'll notice a treasure trail around the grid. This is ultimately a measure of where you are and how many Avalanches you've collected consecutively. Reaching certain limits will award one of four different modifiers which include:

Throughout the gameplay, a multiplier symbol can appear on the reels and multiply the win by the amount stated. These values start at x2 and could climb up to x50! Alongside that, you have clam wilds that appear when at least 3 medium or low symbols are removed. A wild coin symbol can randomly appear on the reels as well which acts as a wild.

As soon as you activate free spins, there are 5 different Mystery symbols appearing on the reels after a mystery overlay pattern lands on the reels to highlight where they'll appear. These symbols form winning clusters of low or medium win symbols and stay in that position for the duration of the feature. 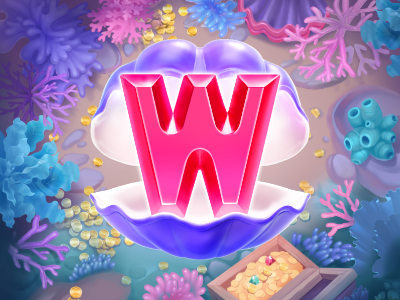 Landing Avalanches will build up the trail leading to four different modifiers. These add symbols such as wilds and mystery symbols whilst removing lower-paid symbols. 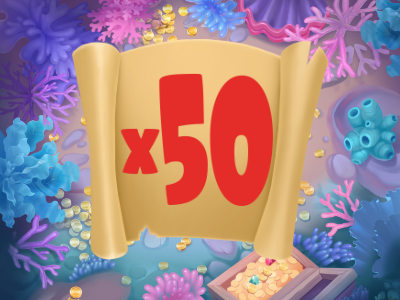 At any time during the game, random multiplier symbols can land and be part of the winning clusters. These start at x2 and climb up to a whopping x50! 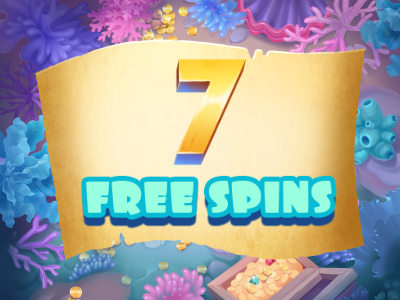 After you've managed to get to 15 or more on the trail, you'll trigger 9 free spins. Naturally, you can trigger additional spins by landing 3 extra places on the trail.

The ocean is a mysterious place with so many hidden places that we'll never get to experience as humans. NetEnt has given us a clear insight into what goes on near the majestic reefs and it might surprise you. A pirate-looking crab is actually raiding through them in search of precious booty.

Reef Raider is a pirate slot that features a crab on a mission to get all the glorious treasures hidden underneath the depths of the ocean. The slot itself plays on a grid of 7x7 and uses the Cluster Pays mechanic. Throughout the slot, you'll notice four different modifiers and free spins appear as you make your way across the trail around the reels. Can you take on this rapscallion crab and reclaim the treasure for yourself?

Just from opening up the slot, you'll be laughing and smiling throughout it. The obvious star of this is a crab who is just absolutely bonkers in looks and actions. He's a red crab with one peg-leg, one golden hook, a golden tooth, a moustache, an eye-patch and a golden pirate hat - so he's not your average. You'll definitely struggle to make crab sticks out of this tough one! His entire appearance is just so funny and raises so many questions, that you can't help but love him.

As you spin the reels, he'll do little actions such as snapping his claws or pulling a funny face - but he really gets moving once you land Avalanches. He battles with the modifiers as you pass them and tunnels back through a hole once you lose.

The reels themselves are set near a reef under the ocean with various plant life surrounding them. There are various symbols that naturally include shells and precious gems which is befitting for this slot. The little trail that you go across is actually written in the sand and it's just that extra bit of detail that makes this such a fun slot to look at.

Aside from the underwater sounds and general coin noises, this slot also features maniacal sounds from the crap alongside a fitting score. The music is a reggae beat with a drum in the background. Altogether, it's simple but not too overbearing compared to the rest of the slot.

Reef Raider uses the Cluster Pays mechanic which matches up 5 or more symbols instead of the traditional payline. Ultimately, it's an alternative to the standard slot format and it's always refreshing to play. Whilst it may be mesmerising to see the matching symbols, the gameplay itself is straightforward enough that you should know exactly what is happening on screen.

Like most NetEnt slots, you can find everything you need on the bar underneath the reels. Starting from the left, you can find the information button, bet level, autospin and spin button with the sound button at the end.

The slot starts off solid with a great RTP of 96.10% which is just over the average standard and has a medium volatility level. With this volatility level, you can expect a mixture of frequent low payouts with big ones coming less often. However, it should be noted that we found the slot to lean more towards the higher payouts less often which is something to be aware of.

In terms of the maximum win, you can win up to 8,500x your stake through reaching the free spins round and with the multipliers. Each of the modifiers will help you win big and we found it fairly common to trigger the first modifier at least. The free spins on the other hand take a lot longer and you will definitely feel the excitement and frustration as you keep getting close to it.

NetEnt has delivered something utterly bonkers and bizarre, but it's so refreshing to play. You can't help but be fascinated by the crazy crab and be drawn into his weirdly wonderful world. In terms of the gameplay, the clusters are hypnotizing and you'll be glued to seeing them form as they look and feel so satisfying when they do.

Reef Raider is a masterclass in how to deliver a thoroughly entertaining slot with a creative design and serious win potential. Whilst, Cluster Pays aren't for everyone, we urge you to try out this ridiculously engaging slot that just works from start to finish. For an experience unlike any other, definitely give Reef Raider a spin.

Play Reef Raider now at the following verified UK slots sites. These slot sites are fully licenced and have been thoroughly vetted and reviewed by us to ensure they offer a great user experience, are trustworthy, secure, and have a wide variety of the best online slots in their lobbies including Reef Raider:-

Enjoyed Reef Raider? Here's a handful of similar slots we think you'll like too. These online slots have been chosen based on features and themes similar to Reef Raider. You might also want to check out other NetEnt slots.