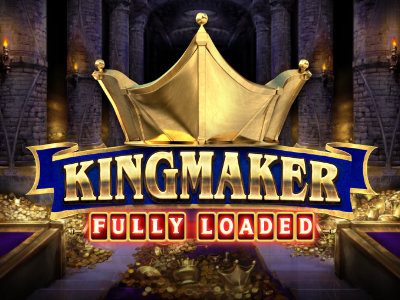 Kingmaker Fully Loaded is a 5-reel, 16,807 ways to win Megaways slot created by famed Australian developers Big Time Gaming. This slot is truly unique in the sense that players aren't urged to trigger the bonus features right away, instead players want to grow multipliers that are displayed on banners to the left of the reels. When free spins are triggered these multipliers are added together to boost wins.

“ Big wins made us feel like royalty thanks to the Gem Multiplier mechanic! ”

The boffins at Big Time Gaming are back at it again with a brand new game mechanic for us all to sink our teeth into! Aside from playing host to 16,807 ways to win thanks to the Megaways mechanic the creative bunch over in Sydney have created a Gem Multiplier mechanic that will see players eventually rack up bigger wins the longer they go without triggering the free spins feature.

In Kingmaker Fully Loaded there are four banners to the left of the game reels. A purple dragon banner, red minotaur banner, blue griffin banner and a green two-headed snake banner. Each banner features a starting multiplier of 1x.

Every time players land 5 matching purple, red, blue or green gemstones during base gameplay then the corresponding coloured banner will see their multiplier increase by +1.

When players land 3, 4 or 5 King's crown scatter symbols anywhere on the reels at the same time they'll trigger 7, 12 or 20 free spins respectively. During the free spins all of the reels are fully expanded to allow for the maximum number of ways to win.

Once you're into the King's treasure chamber all of the multipliers on the banners are combined together to make one huge starting multiplier for your free spin feature. So if you have 5x multipliers on all four banners you'll start with a 20x multiplier.

This multiplier grows every time players land 5 matching gemstones, the same as it would during base gameplay. 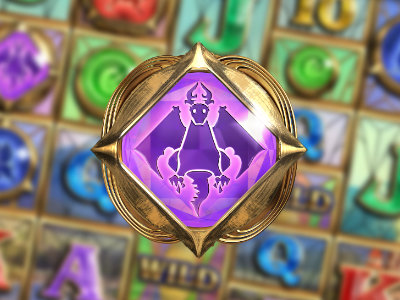 Every time 5 matching gemstone symbols land on the reels during base gameplay the corresponding banner will receive a +1 to its total win multiplier. 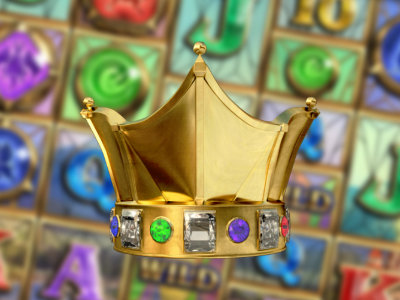 When players land between 3 and 5 scatter symbols they'll trigger between 7 and 20 free spins. The sum of multipliers on all four banners are added together to create a starting multiplier.

Kingmaker Fully Loaded is a 5-reel, 16,807 ways to win Megaways slot from Big Time Gaming sees players transported to a wonderful mythical land in which multipliers reign supreme. The aim of this game is to not trigger the free spins feature right away!

The longer you play the base game, the likelier you are to have grown the multipliers on the banners of four kingdoms to a decent size! Upon triggering the free spins the value of all four multipliers are added together to boost your free spins winnings.

The reels are designed to look like a stained glass window from the castle itself, with each individual symbol a different coloured piece of glass.

As mentioned earlier in the review, there are also four unique banners flapping in the wind to the left of the game reels: A purple dragon banner, a red minotaur banner, a blue griffin banner and a green two-headed snake banner.

Kingmaker Fully Loaded plays exactly as you'd expect a Big Time Gaming Megaways slot to play, there's really not much to explain as it follows all the same design conventions as games such as Royal Mint Megaways, Spicy Meatballs Megaways and Beef Lightning Megaways.

The only thing that really needs pointing out is the Gem Multiplier mechanic that sees the value of four banners increase by +1 throughout base gameplay. Once the free spins feature kicks and completes the banners will all revert back to 1x.

With a maximum win potential of 24,530x the player's stake and an RTP of 96,65% we really can't turn our nose up at this high volatility slot. It might take a little while to trigger the bonus feature, but with this slot that's the aim of the game! You'll want to build up the multipliers on all four of the banners as much as possible... This is one game we're very happy to see frustrate us, if you've got a big enough bankroll for sustained gameplay then we'd certainly recommend giving this a spin.

Any game that introduces a completely new way to play usually impresses us, and Kingmaker Fully Loaded's Gem Multiplier mechanic most certainly dazzled us from the start.

Usually, we'd be fed up playing a slot that doesn't trigger the free spins bonus fairly swiftly, but this slot had us spinning and spinning in the hope of boosting those multipliers instead... And boy oh boy did we enjoy some mighty big wins during the free spins feature as a result of our patience.